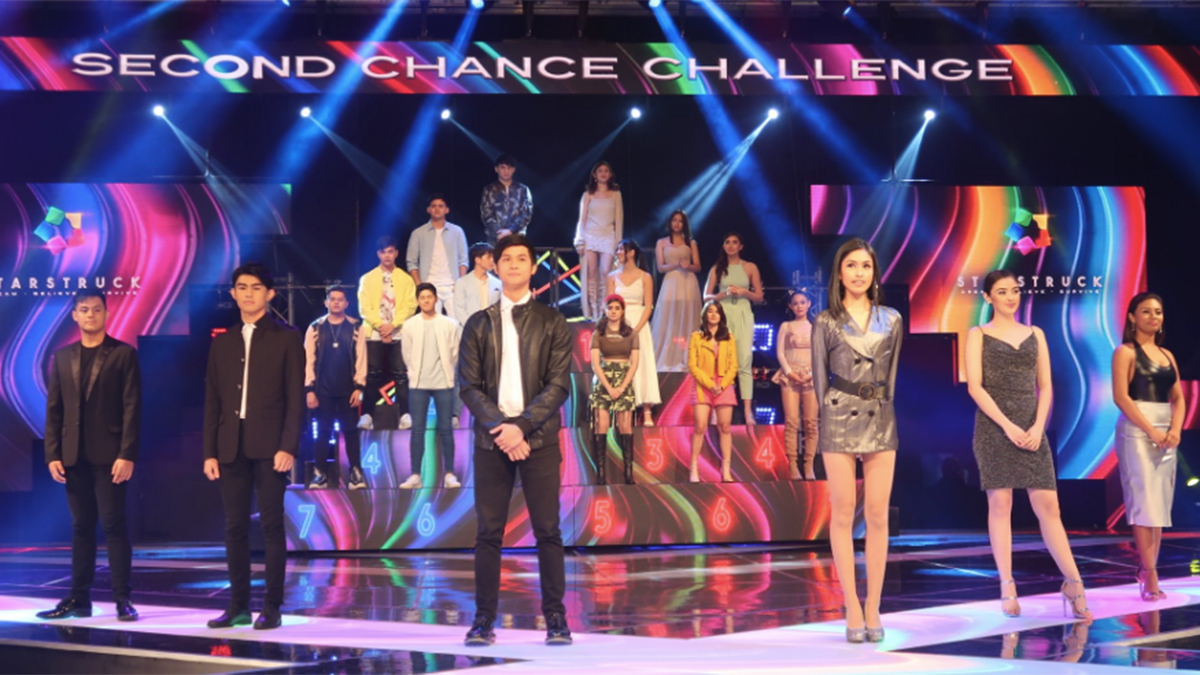 Six StarStruck 7 finalists will be given a second chance to be part of the Final 14: (L-R) Radson Flores, Maynard Fullido, Marc David, Janelle Lewis, Crystal Paras, and Kyle Lucasan.
PHOTO/S: @starstruckgma on Twitter

"StarStruck says thank you to... NO ONE," announced host Jennylyn Mercado during the first elimination night of StarStruck Season 7.

The Final 14 hopefuls are still complete because this week was declared as a non-elimination round for the finalists.

The boys and girls were tasked to do their first acting test. They all shared scenes with graduates of past StarStruck seasons.

The hopefuls also performed a song or dance number in front of the StarStruck council composed of Heart Evangelista, Jose Manalo, and Cherie Gil.

Even though they performed in pairs, they were still scored by the judges individually.

In the elimination round, no bottom group was announced, but since Lexi and Jerick were the last to perform, they were asked to remain on stage.

Karl, who got the lowest score among those who already performed, was also called on stage.

In the end, no one was eliminated.

Because no one was eliminated this week, one boy and one girl are expected to get eliminated during the July 6-7 StarStruck weekend.

During the June 29 episode, Jennylyn dropped hints about the first twist of StarStruck 7, which was called the Second Chance Challenge.

In the June 30 episode, she explained that in the Second Chance Challenge, six StarStruck hopefuls who did not make it to the final auditions of the Top 22 round will be given another chance to be part of the Final 14.

At the end of the challenge, one boy and one girl will be allowed to enter the Final 14 and will replace the first two Avengers of StarStruck Season 7.

The six hopefuls who may get a second chance are: Radson Flores, Maynard Fullido, Marc David, Janelle Lewis, Kyle Lucasan, and Crystal Paras.

The StarStruck council members were clueless about this twist. As a result, Cherie Gil got teary-eyed as she pointed out that everyone deserves a second chance. The veteran actress was overjoyed to see the six finalists who were part of the Top 22.

For the Second Chance Challenge, the six second chance hopefuls are not yet included in the public voting, and only the StarStruck council will decide who will enter the Final 14.

Here is the ranking of the StarStruck 7 Final 14 boys and girls and their final scores for this week: