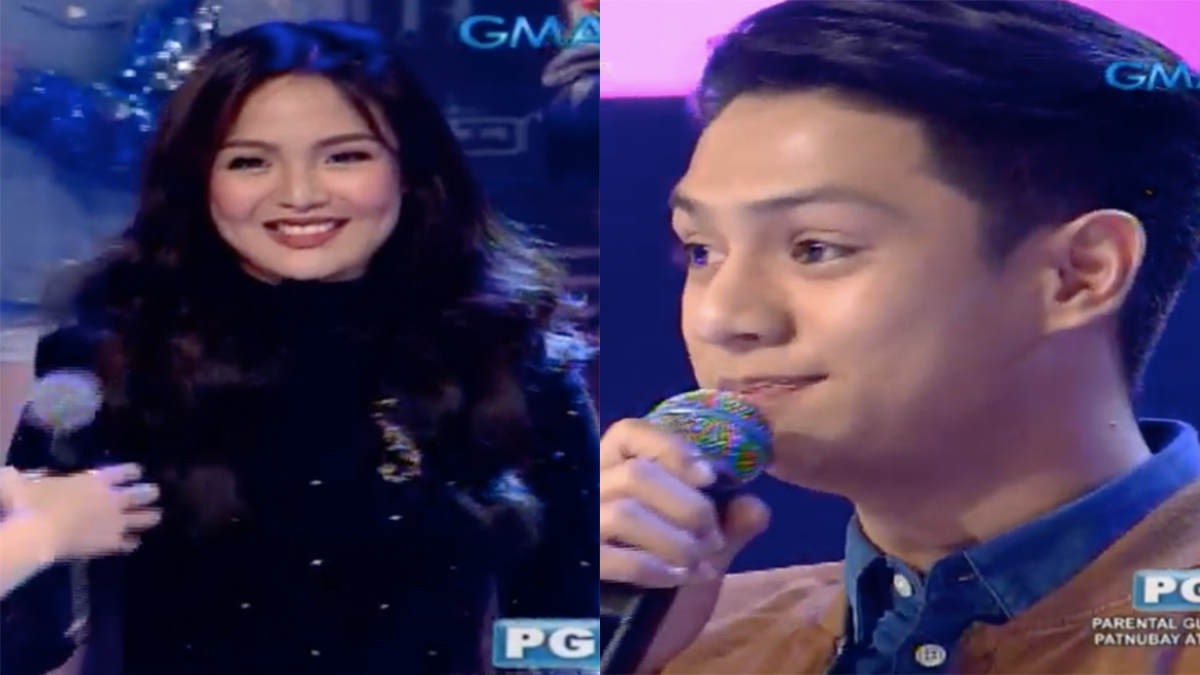 Angelic Guzman and Gelo Alagban are the first two hopefuls to get eliminated from StarStruck Season 7.

This was announced today, July 7, during the StarStruck 7 Final 14's second performance week.

Gelo got the lowest combined judges's scores and text votes among the boys, while Angelic placed last in the ranking of the girls.

However, the Final 14 is still complete because Angelic and Gelo were replaced by two other hopefuls who entered the Top 22 but did not make it to the Final 14.

Crystal Paras and Radson Flores are the two finalists given a second chance to continue their quest of becoming the next StarStruck Ultimate Male and Female Survivor.

Crystal Paras and Radson Flores bested four other finalists who were given a second chance to enter the StarStruck Final 14.

It was announced last Sunday, June 30, that the first twist of StarStruck's seventh season will give a chance to two finalists through the so-called Second Chance Challenge.

In the end, the StarStruck council--composed of Heart Evangelista, Jose Manalo, and Cherie Gil--chose Crystal and Radson. This was announced during the July 6 episode.

At the beginning of the July 7 episode, host Jennylyn Mercado asked Crystal and Radson who they want to replace in the Final 14.

The StarStruck finalists also did scenes with the cast of the Kapuso comedy-gag show Bubble Gang. They also delivered their individual punch lines.

Just like last week, the hopefuls performed in pairs, but not as love teams.

Even though they performed in pairs, they were still scored by the judges individually.

In the end, Angelic and Gelo were eliminated.

Just like last week, Ella and Kim got the highest number of scores.

Here is the ranking of the StarStruck 7 Final 14 boys and girls and their final scores for this week: