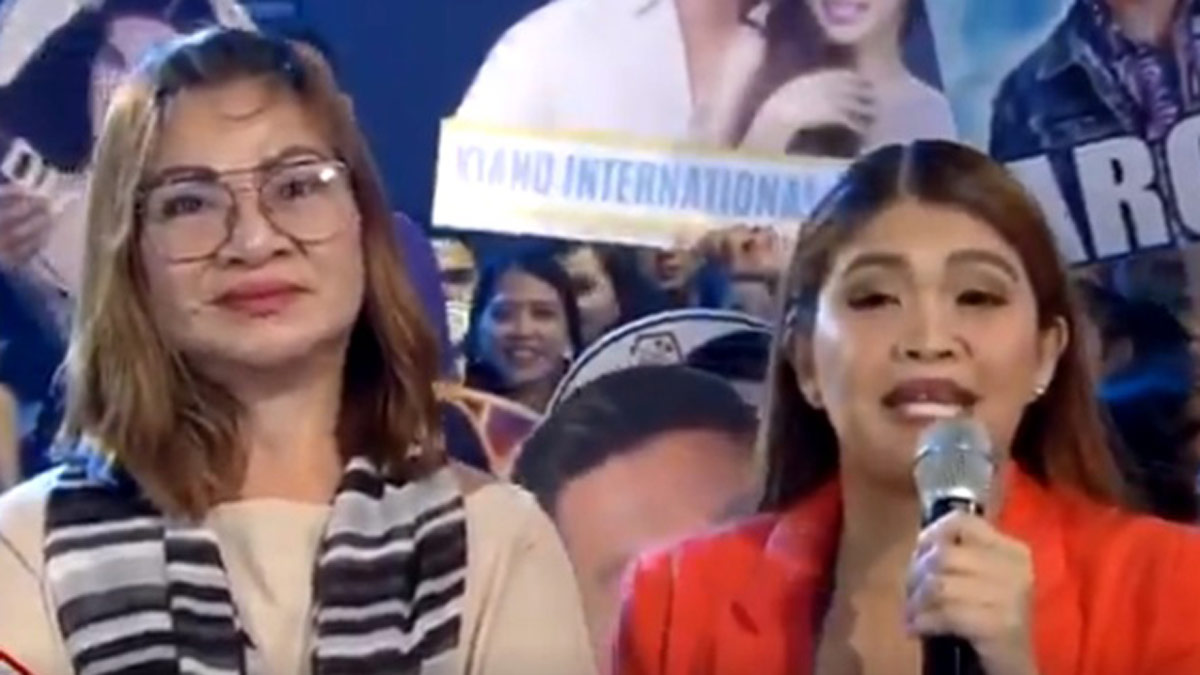 Diana Mackey's mother (left) is accused of being rude to Melai Cantiveros during the July 6 eviction night of PBB Otso.

Viewers had mixed reactions while watching ABS-CBN's Pinoy Big Brother Otso on Saturday, July 6, 2019. It’s not because of what anyone did inside but because of the behavior of a relative of one of the housemates.

The episode featured the eviction of Diana Mackey, a 21-year-old model from Taguig. During eviction episodes, the PBB hosts normally interview a relative of the evicted housemate.

PBB host Melai Cantiveros stood beside Rowena Cariaga, Diana’s mother, after the eviction was announced. Melai was tasked to interview Rowena while they waited for Diana to exit the PBB house.

The comedienne was surprised when Rowena grabbed the mic from her. The mom couldn’t hide her disappointment when she answered, “Okay lang.”

This drew laughter from the audience standing behind them.

When she shed tears, Melai moved closer to embrace her.

Then Melai took the mic back and interjected, “At lahat talaga mamshie…”

This elicited more laughter from the audience.

Then Rowena shouted, “Thank you! Diana come home!” She walked away after that.

Other netizens called out the attitude of Diana's mother. 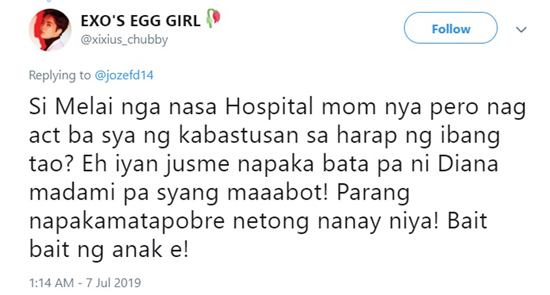 There were netizens who defended Rowena. 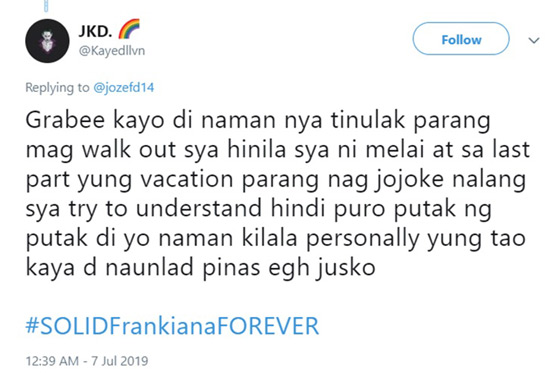 Another PBB host posted an explanation to defend her. In a tweet, Bianca Gonzalez said Rowena was “just being a mom.”

Finally, Rowena has come out to give an explanation. She posted on a fan page of her daughter that she wanted to apologize to Melai. She said she was emotional and didn’t mean to hurt the TV host. 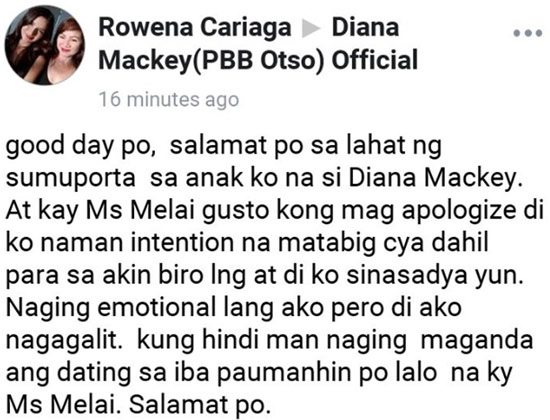