Vice Ganda has hilarious wardrobe malfunction in It's Showtime 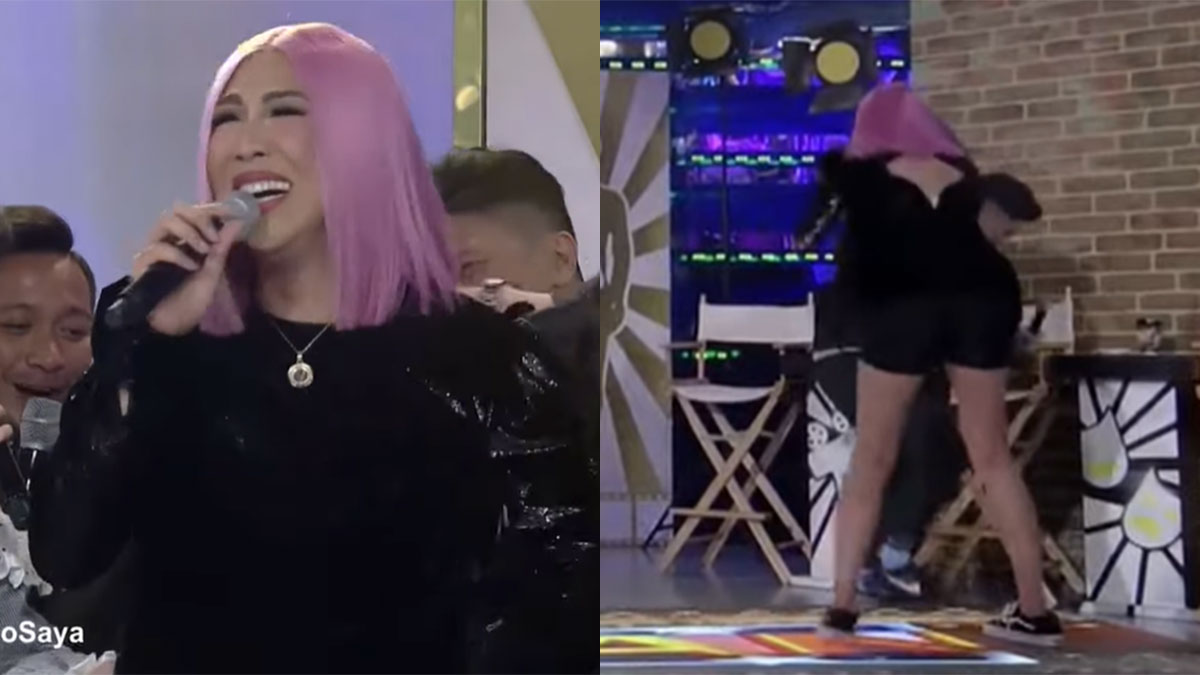 Vice Ganda experienced a wardrobe malfunction during the July 6 episode of It's Showtime.
PHOTO/S: It's Showtime (ABS-CBN)

Vice Ganda experienced a wardrobe malfunction in the live episode of It's Showtime last Saturday, July 6.

The comedian turned the incident into a hilarious moment between him and his fellow It's Showtime hosts.

It's Showtime director and "BidaMan" judge Bobet Vidanes asked the hosts to promote one of the show's upcoming events.

Vice, who was wearing a black dress, then jokingly dismissed the instruction and told him, "Direk, may ginagawa kami! Huwag kang uma-ano!"

Vhong, who was standing beside Vice, teased the box-office star and Vice retaliated by playfully hitting Vhong.

While Vice was joking around with Vhong on stage, the back zipper of his dress suddenly ripped!

Vhong immediately ran after him and tried to zip up the dress.

Instead of staying still while his dress was being fixed, Vice did some dance moves just to make the task harder for his co-hosts.

While Vhong continued his attempt to fix Vice's dress, Vice decided to go on with the segment and told his co-host, "Mamaya na nga."

Anne asked the "BidaMan" contestant: "Can you zip it up, Angelo?"

Vice also made a request to Angelo: "Pahiram muna ng jacket mo." He obliged and handed his jacket to the TV host.

Vice then teased Angelo and playfully touched his arms and his lower back.

The hosts continued interviewing the contestant while Vice skipped the next segment so his dress could be repaired backstage.