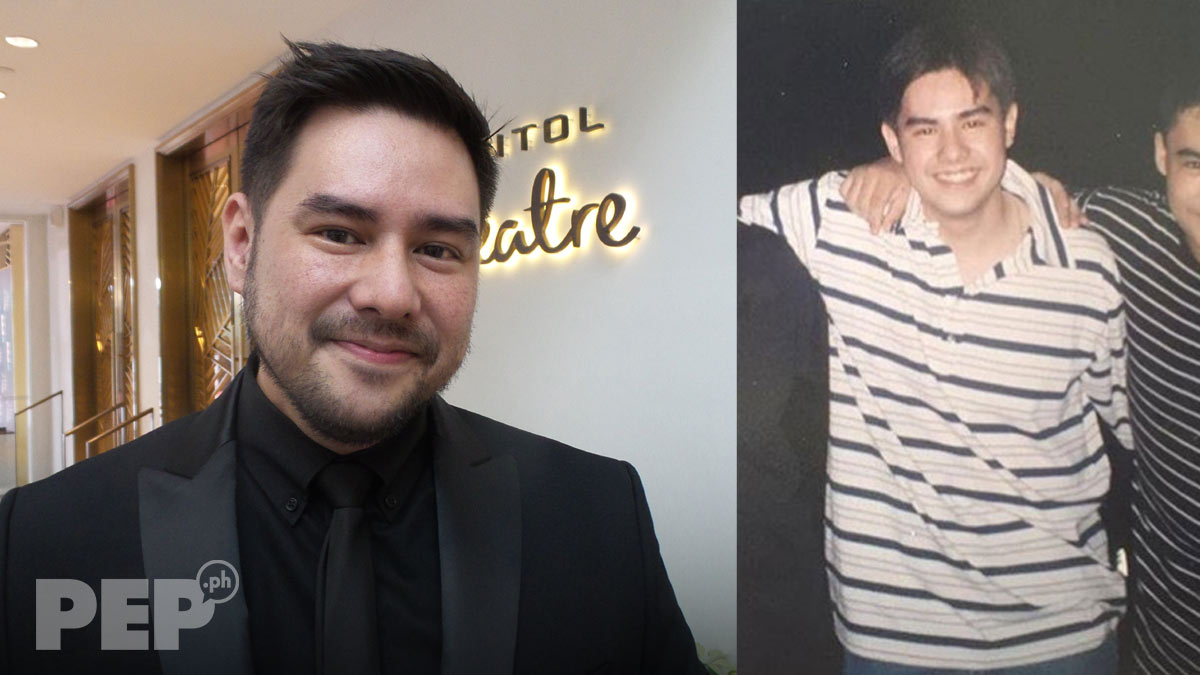 Gabby Eigenmann said he turned down the chance to be a member of the Gwapings in order to prioritize his studies.
PHOTO/S: Jocelyn Dimaculangan (left frame)

Gabby Eigenmann has a few what-ifs in life.

“What if sumali talaga ako do’n, natuloy ako sa Gwapings,” he mused. “Would my future be different?”

In a recent interview with PEP.ph (Philippine Entertainment Portal), the 40-year-old actor said he has no regrets.

“If I could turn back time, I would still choose the same way, kung ano man ang dinaanan ko ngayon.”

Gabby was interviewed when he attended the baby shower of Andi Eigenmann held last June 22.

Back in the early 1990s, when Gabby was still in high school, he was offered to join fellow teenagers Mark Anthony Fernandez, Jomari Yllana, and Eric Fructuoso in forming the boy group, Gwapings.

But Gabby turned down the offer by talent manager and Gwapings creator, Douglas Quijano (now deceased), who’s known as Tito Dougs in and out of showbiz.

“Actually, my dad helped me make that decision because I was still in high school when Tito Dougs came up to us.

The Gwapings made it big in the entertainment industry.

For his part, Gabby graduated from high school and, at 18, embarked on his own solo career.

“I came to a point where I had to find my niche,” said Gabby. “Until naging mainstay na ’ko ng GMA.

“I was doing everything all at once during that span of many years. I was acting, singing, hosting.

“When I found my niche of being an actor, nag-concentrate na ’ko. Mas nag-grow sa akin.

“When they gave me a role na mag-kontrabida, I think that’s where it started.”

Gabby was such a convincing kontrabida that he won Outstanding Performance by a Supporting Actor in a Drama Series at the 2011 Golden Screen Awards for his antagonist role in Munting Heredera.

Since then, Gabby has shown versatility in his TV roles, such as the romantic lead in Broken Vow (2012) and as the titular gay father in Dading (2014).

He has also made outstanding performances in the big screen, notably in Asintado, for which he won the Best Supporting Actor from Famas in 2015, as well as in Mike de Leon’s compelling comeback film, Citizen Jake, in 2018.

Looking back now, Gabby felt that he’s a late bloomer, though he’s been in showbiz for 22 years.