REALITY SHOW CHRONICLES: Jennylyn Mercado reveals why she wanted to be eliminated from StarStruck in the past 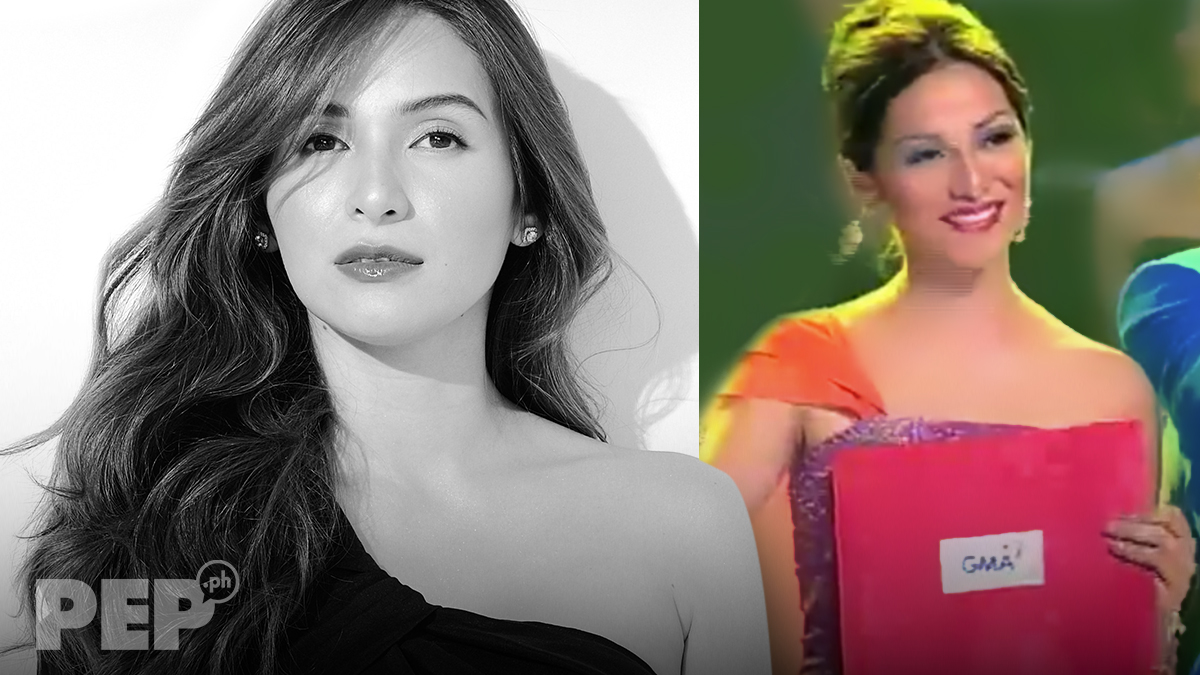 Jennylyn Mercado looks back on her StarStruck journey, from being a reluctant contestant to being the Ultimate Female Survivor of her batch.
PHOTO/S: Shaira Luna for PEP Headliner / StarStruck (GMA-7)

It has been 15 years since Jennylyn Mercado's StarStruck journey ended.

But it was a beautiful end, because on the night of February 1, 2004, Jennylyn was declared the first StarStruck Ultimate Female Survivor, with Mark Herras as her male counterpart.

Jennylyn's StarStruck journey was remarkable not only for herself, but for the fans who have been supporting her since day one. 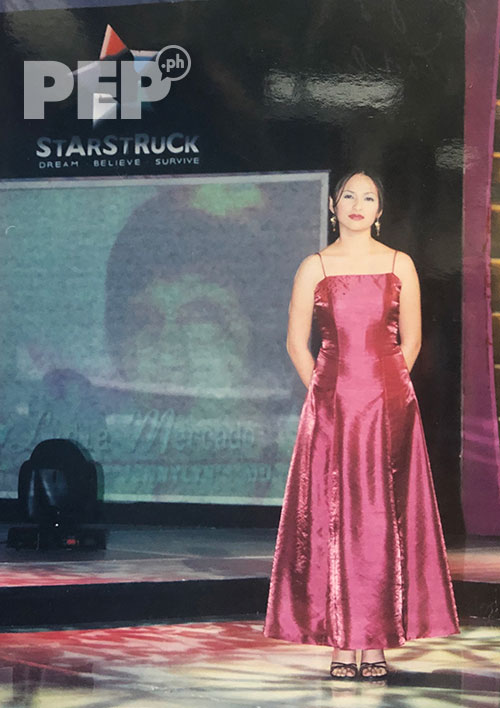 Fast forward to this day, Jennylyn continues her StarStruck journey as she is the host of StarStruck's seventh season, which is currently airing on GMA-7.

In this exclusive interview, PEP.ph (Philippine Entertainment Portal) chronicles Jennylyn's StarStruck experience—from her auditions to the eliminations and to finally emerging as the first Ultimate Female Survivor.

JENNYLYN MERCADO'S STARSTRUCK JOURNEY: HOW IT ALL STARTED

In Jennylyn Mercado's PEP.ph Headliner feature, she already told the story as to how she got discovered by her current manager, Becky Aguila.

When Jennylyn was starting out in showbiz, she first did commercials and accepted bit roles in TV shows, including GMA-7's Habang Kapiling Ka and ABS-CBN's Kay Tagal Kang Hinintay.

In Habang Kapiling Ka, Jennylyn played one of Chynna Ortaleza's friends, but the former did not have any speaking line.

In Kay Tagal Kang Hinintay, Jennylyn played a girl in a bar who flirted with the character of John Lloyd Cruz. 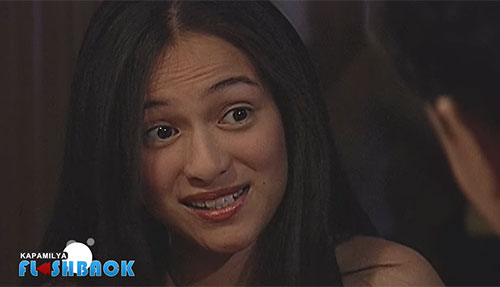 Eventually, Becky asked Jennylyn to try her luck in StarStruck.

Even though she showed reluctance at first, it did not take long before Jennylyn was convinced to join StarStruck.

She was referring to her StarStruck co-finalists Rainier Castillo, Dion Ignacio, and Alvin Aragon.

Since Jennylyn already had experience on TV, and already did bit roles, why did she still have to join StarStruck?

After series of screenings and callbacks, Jennylyn made it to the Final 14 of StarStruck, which started airing in October 2003.

Back then, Jennylyn was still reluctant about joining showbiz and wasn't too confident about herself. For this reason, she wished her name would be called so she could be eliminated.

This was first revealed in the June 2011 issue of YES! Magazine, the print affiliate of PEP.ph. Jennylyn's late mom, Lydia Mercado, disclosed that the young girl always cried when she found out that she was safe from the eliminations.

It was not until the third live show when Jennylyn had a change of heart, when she was called to be part of the bottom three with the late actor Tyron Perez and Anton dela Paz.

Anton was eliminated in the episode. 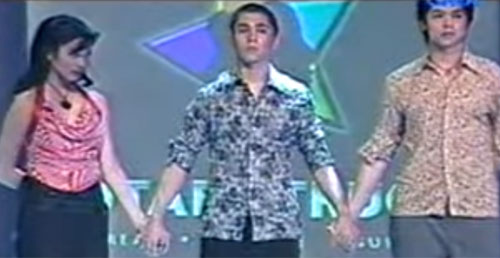 Jennylyn can still remember the shivers she felt when her name was called.

Jennylyn was encouraged to excel in the competition, and became known as the best singer among the group. She would be called safe in the following weeks.

In the final seven, Jennylyn became part of the bottom group again with Mark Herras and Christian Esteban. Christian was sent home.

Jennylyn was then able to reach the competition's Final Four, and she was able to beat Yasmien Kurdi to become the first StarStruck Ultimate Female Survivor. 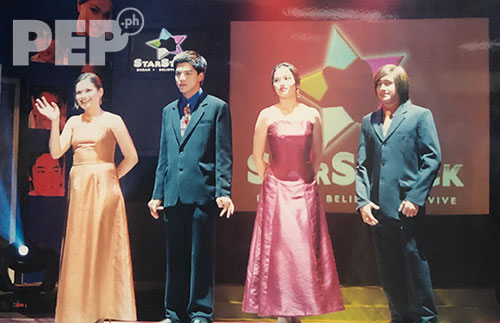 JENNYLYN MERCADO'S STARSTRUCK JOURNEY: THE CHALLENGES AND THE COMPETITION

What does Jennylyn consider as the hardest challenge she went through during her time in StarStruck?

Douglas Nierras is StarStruck's resident dancer trainer who is known for being a strict teacher.

At present, Jennylyn still considers dancing as her weakness. 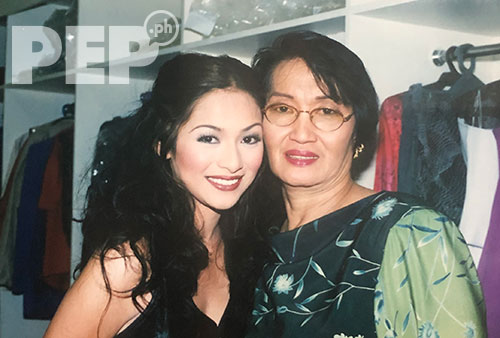 For her unforgettable StarStruck moments, Jennylyn picked the time when they went to Baguio.

Jennylyn considers the singing challenges as her favorite. 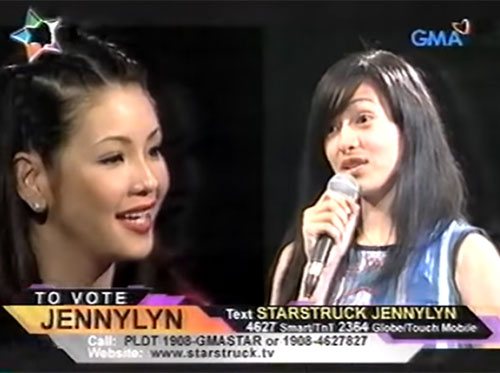 When it comes to the competition, Jennylyn is proud to say that she never had a bad encounter with her co-finalists.

After 14 weeks of competition, on the night of February 1, 2004, Jennylyn's name was announced as winner. 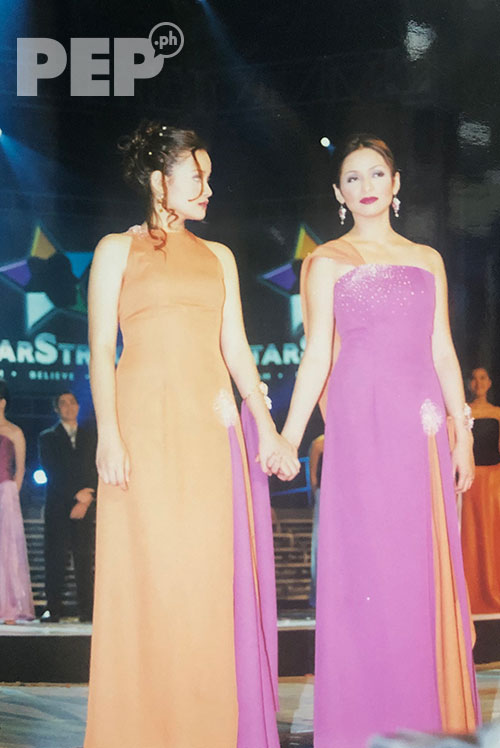 Jennylyn, along with her male counterpart Mark Herras, won P500,000 pesos in cash and a three-year GMA-7 management contract worth P1 million for the first year alone. 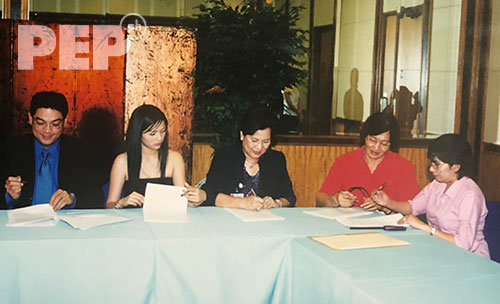 After winning the artista search, Jennylyn was given roles in Kapuso teleseryes and movies, was able to release studio albums, and she eventually top-billed her own projects.

Jennylyn is now touted by the Kapuso network as its "Ultimate Star."

How did her life change after StarStruck? 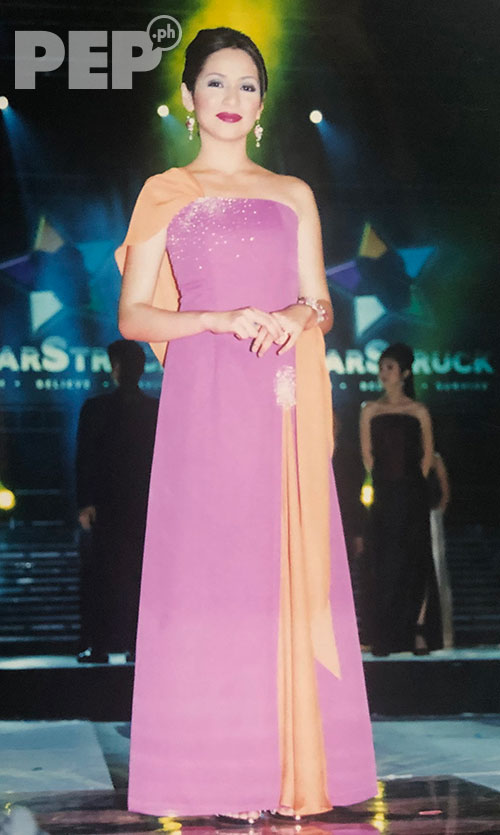 One significant life-changing moment for Jennylyn was when she did the 2016 movie with John Lloyd Cruz titled Just The 3 of Us.

If in their first encounter, Jennylyn was just a bit player in John Lloyd's scene, this time, she was his leading lady.

Jennylyn's StarStruck journey comes full circle as she is now tapped to be the host of its ongoing seventh season.

This is not the first time that Jennylyn played a big role in StarStruck because she was tapped to be a council member in the sixth season, aired in 2015. 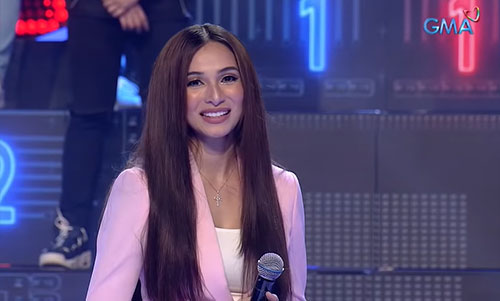 While Jennylyn is excited to meet the finalists and witness their StarStruck journey, she also feels tense about the new job given to her.