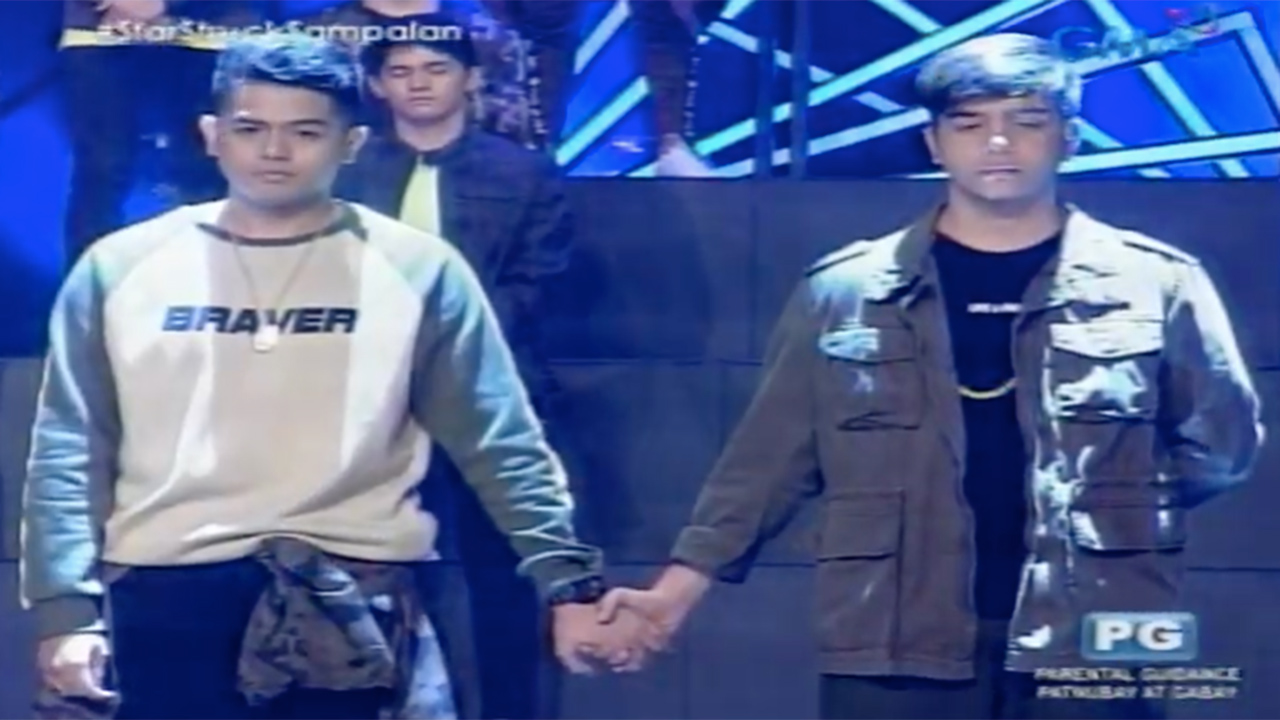 Karl Aquino (left) and Jerick Dolormente (right) are the bottom two of StarStruck 7's boys for this week. In the end, Karl got eliminated from the contest.
PHOTO/S: StarStruck (GMA-7)

This week, two hopefuls will be eliminated again: one boy and one girl.

For the July 13 episode, the boys were the first to face the StarStruck council composed of Heart Evangelista, Jose Manalo, and Cherie Gil.

At the beginning of the episode, StarStruck hosts announced that Radson Flores got the highest public votes, while Jeremy Sabido got the lowest public votes.

This week is different because the contestants' final scores and ranking were not immediately revealed after each performance. Instead, all seven of them faced the elimination round.

For the third time, Kim de Leon got the highest combined score.

Jerick Dolormente, Karl Aquino, and Allen Ansay were part of the danger group.

Before the announcement, StarStruck also launched its Season 7 journey song titled "Fight For You" performed by Aicelle Santos. The journey of the StarStruck boys was shown through a video.

In the end, Karl was revealed to get the lowest combined score, and he got eliminated from the competition.

For their third artista test, the StarStruck finalist did an acting and "sampalan" test with Aiko Melendez, who is set to appear as kontrabida in the upcoming GMA-7 afternoon series Prima Donnas.

In the scene, Aiko played an OFW mother to the boys.

Abdul and Allen were the first to face the council. Each pair was only given two takes, but they were given another chance to do the scene.

Jeremy and Radson's scene was the next to be shown. Aiko said that she was affected by their performamce, and declared that they were the best pair. Direk Gil said that Jeremy shined in the scene.

Kim, Jerick, and Karl shared the scenes together. Direk Gil said that Kim stood out from the three because he was able to deliver what was asked of him very well.

Aiko commented that Kim can easily get distracted, Jerick has monotone delivery of his lines, while Karl should take more effort to stand out.

Here is the final ranking of the StarStruck Season 7 boys for their third artista test, based on the combined council scores and public votes.