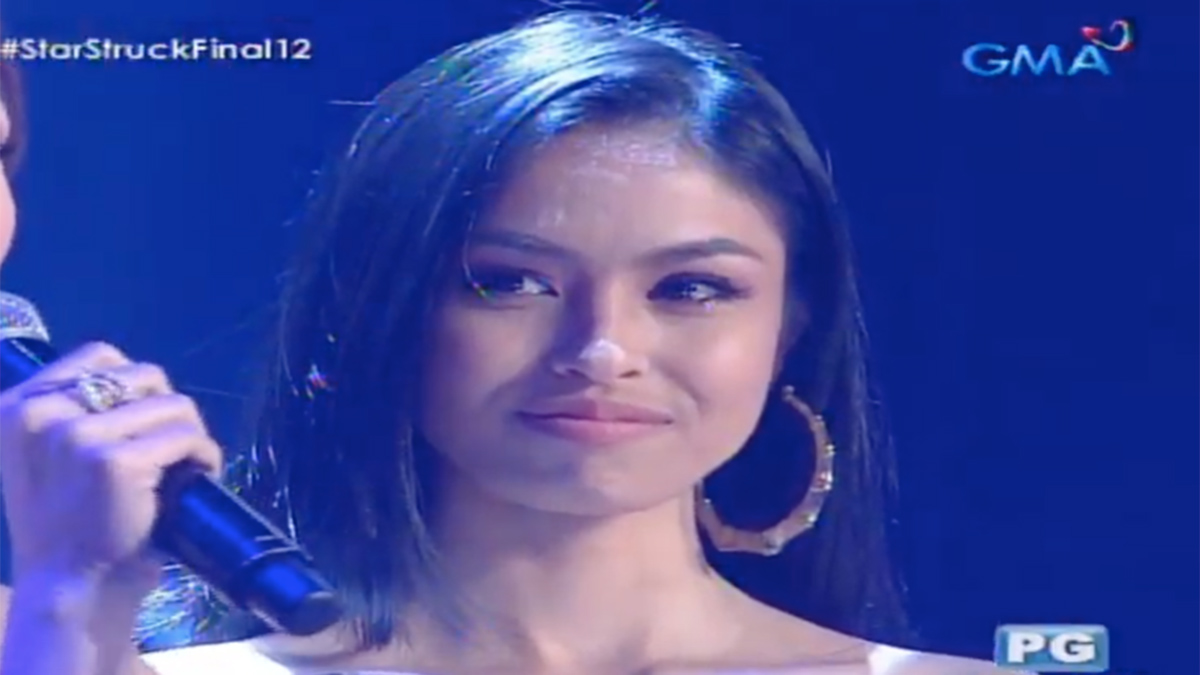 This week, two hopefuls were eliminated: one boy and one girl.

For the July 14 episode, the girls faced the StarStruck council composed of Heart Evangelista, Jose Manalo, and Cherie Gil.

Just like in the July 13 episode, the contestants' final scores and ranking were not immediately revealed after each performance. Instead, all seven of them faced the elimination round.

Pamela Prinster got the highest combined score this week. Ella Cristofani, who placed first during the first two weeks, placed third this week.

Shayne Sava and Dani Porter were part of the danger group along with Crystal.

Before the announcement, StarStruck also launched its Season 7 journey song titled "Fight For You" performed by Aicelle Santos.

In the end, it was revealed that Crystal got the lowest combined score, which is why she was eliminated from the competition.

Crystal only stayed for one week in the artista search after she was given a second chance to be part of the Final 14 last week. This was part of the Second Chance Challenge.

For their third artista test, the StarStruck finalists did an acting and "sampalan" test with Aiko Melendez, who is set to appear as kontrabida in the upcoming GMA-7 afternoon series Prima Donnas.

The scene showed the female hopefuls as sisters who want to escape the wrath of their evil stepmother, played by Aiko.

Rere, Shayne, and Dani were the first to face the council. Direk Gil said that the group did not follow his instructions in terms of blocking. According to Aiko and Direk Gil, Rere stood out among the three.

Pamela and Crystal's scene was the next to be shown. Aiko vouched for Pamela's acting, while Direk Gil believed Crystal stood out.

Ella and Lexi did the scene together. Direk Gil said he's happy with the pair's performance because they were able to follow instructions in terms of emotions and blocking.

Here is the final ranking of the StarStruck Season 7 girls for their third artista test, based on the combined council scores and public votes.