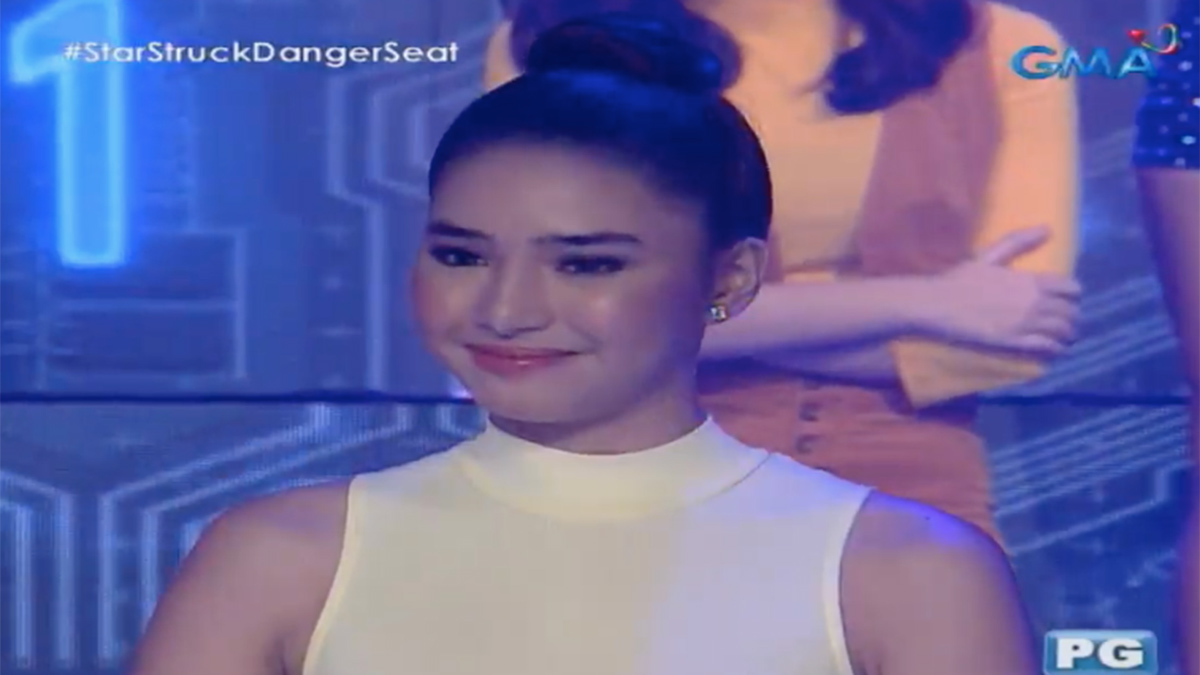 Just like last week, only one hopeful was eliminated from the competition.

This was based on the hopefuls's combined judges scores and public votes.

During the July 27 episode, the danger seat was introduced.

Anyone who has the lowest score in the Saturday episode will sit on the danger seat, and might get eliminated from the contest along with the Sunday episode's lowest scorer.

Rere was also the first finalist who sat on the danger seat during the July 27 episode.

Rere is the younger sister of GMA-7 actor Ruru Madrid.

However, Rere was able to defend herself and resolve her issue with Pamela. Lexi and Rere were seen hugging each other during the July 21 elimination night.

For their fifth artista test, the StarStruck finalists went through individual acting tests to shoot a break-up scene.

The boys did the scene with Barbie Forteza while the girls shared the screen with Ken Chan.

Radson got the highest score during the Saturday episode, while Rere got the lowest, prompting her to sit at the danger seat.

About Rere's performance, Cherie said that she already planned her "pain" in the scene and she was "working by herself."

On the Sunday episode, Kim got the highest score while Abdul joined Rere in the bottom two.