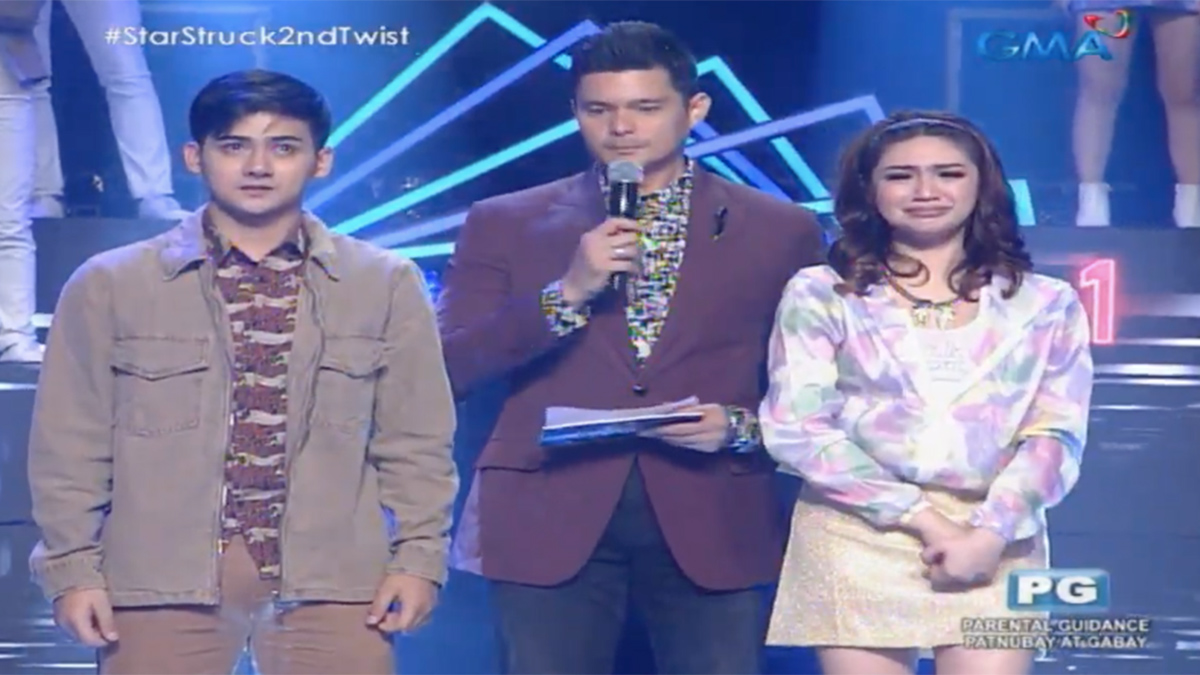 Jeremy Sabido and Ella Cristofani were almost eliminated from StarStruck 7 tonight, August 3, but their StarStruck journey did not end because of the latest twist that was introduced in the episode.

Jeremy and Ella got the lowest combined public votes and judges's scores.

The judges's scores were based on their artista test this week when the finalists did an ensemble scene with StarStruck council member Cherie Gil.

Part of the bottom group were Kim de Leon and Shayne Sava.

After host Dingdong Dantes announced that Jeremy and Ella are eliminated, Cherie went to the stage to hug the two contestants who were already crying.

When Cherie returned to the stage, Dingdong announced the details of the latest twist called the "Last Chance" challenge, which will happen in the competition next week.

Ella and Jeremy will get a chance to continue their StarStruck journey after the final eight contestants face their next artista test.

Anyone who gets the last StarStruck spot based on the ranking will have an acting test against Ella and Jeremy.

The StarStruck council will then choose between the two girls and the two boys who will be part of the final eight.

Here is the final ranking of the StarStruck hopefuls for this week, based on the combined council scores and public votes: