Bihag vs. Kadenang Ginto: who wins in the ratings game? 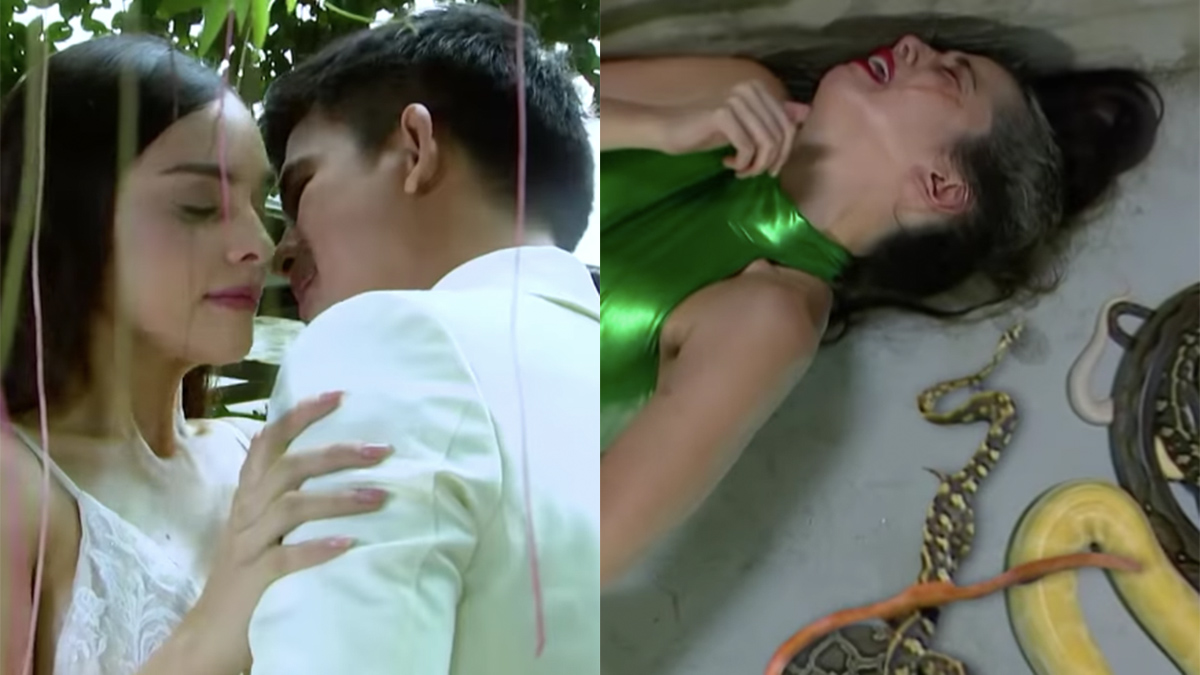 The series, which premiered on April 1, ended its run after 20 weeks of airing.

Reign told the couple that she was only doing this because after all the love she gave to Brylle, he still chose his wife, Jessie.

Jessie and Brylle both sustained gunshot wounds from Reign. Jessie already lost consciousness when Brylle and Reign had a confrontation.

Already wounded from the fight, Brylle pleaded Reign to set them free. However, Reign pointed a gun at him and said, "Magsasama tayong dalawa. After I kill you, I will kill myself."

Apparently, Jessie was only pretending that she had a severe wound.

Reign escaped from the both of them, bringing her gun. Jessie ran after her. The two ended up facing each other on top of a warehouse.

Reign, who was wearing snake-skin leggings, pushed Jessie onto a snake pit, but Jessie was able to hold on to the rail.

As Jessie tried to push herself up, she grabbed Reign's legs, causing the latter to also fall. Both of them held on to the rail.

Reign then lost her balance and almost fell, but she was able to hold on to Jessie's body.

Reign then pleaded with Jessie to save her life. But because Reign was closer to the pit, a snake already reached her legs, causing her to carry more weight.

When Brylle came to the rescue, he and Jessie tried to save Reign.

By that time, Reign fell inside the snake pit. Snakes coiled around her until she suffocated and died.

After a few weeks, Jessie and Brylle renewed their wedding vows.

Before kissing each other, Jessie almost puked.

How did Bihag's last episode fare in the ratings game?

Its ABS-CBN rival program, Kadenang Ginto, got a rating of 21%. This Kapamilya show is top-billed by Francine Diaz, Andrea Brillantes, Beauty Gonzalez, and Dimples Romana.

The Kapuso show Bihag got a TV rating that is 5.3 points lower than its Kapamilya counterpart.