Prima Donnas vs. Kadenang Ginto: who wins in the ratings game? 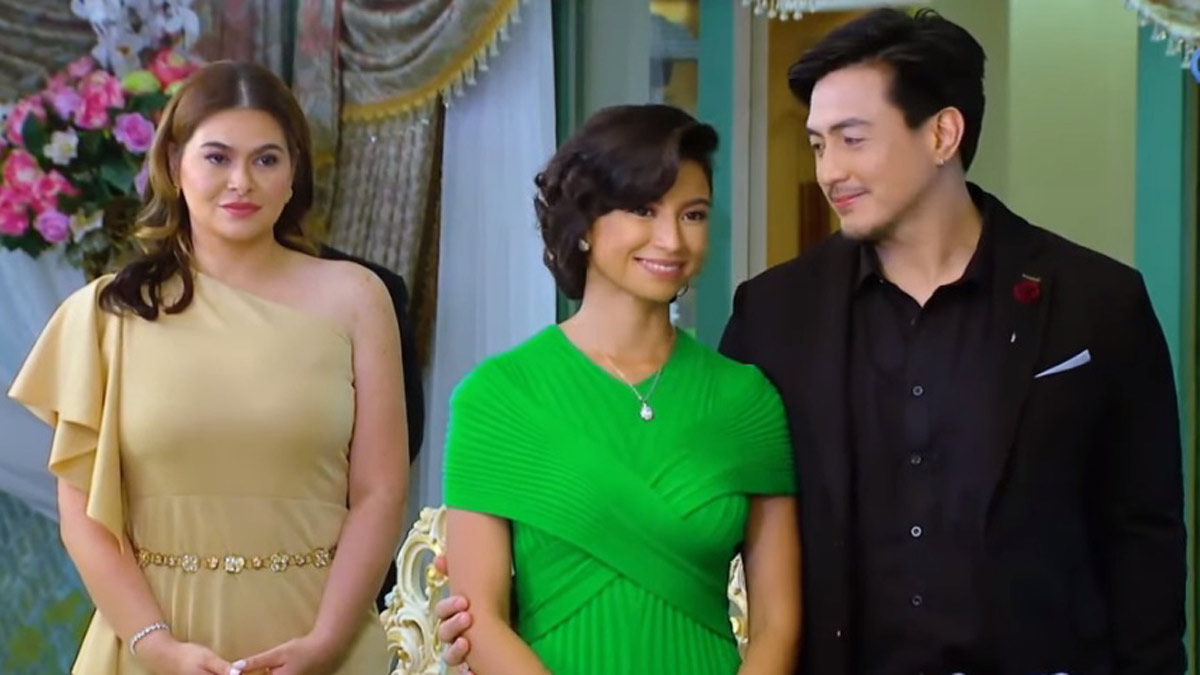 The new Kapuso TV show revolves around three siblings searching for their rightful place as heiresses.

Triplets Donna Marie, Donna Belle, and Donna Lyn are the children of Jaime and Maita who were conceived through a surrogate mother named Lilian.

Their parents are portrayed by Wendell Ramos as Jaime Claveria and Glaiza de Castro in a special role as Maita Claveria. Jaime is the sole inheritor to the affluent Claveria Group of Companies.

Jaime’s mother, Lady Primarosa (played by Chanda Romero), strongly objected to the idea of getting a surrogate mother. Primarosa had doubts about the procedure as she believes that it’s difficult to find a trustworthy person for the task.

However, the couple opted to the take risk because Maita (Glaiza) found it difficult to bear a child. After Maita suffered from several miscarriages, the married pair had no choice but turn to surrogacy behind Primarosa’s back.

The couple then hired Lilian (played by Katrina Halili), the daughter of their most trusted house helper, to be the surrogate mother of their unborn offspring.

Maita even asked Lilian to be the children’s godmother. Lilian accepts the proposal as she agrees to live in the family mansion.

However, due to an arson incident, their lives and the fate of the triplets changed drastically. Two criminals entered the Claveria house and caused a gas leak that led to a huge explosion. Maita helped Lilian escape to safety but eventually, Maita died due to her injuries.

Lilian got separated from the Claverias and gave birth to three babies.

Jaime offers a huge reward to anyone who could help him track down his three daughters.

All this time, Kendra Fajardo (Aiko Melendez), Lady Prima's ambitious executive assistant, has been eyeing Jaime and the Claveria fortune. Kendra will stop at nothing to get hold of all of Claveria's wealth and Jaime's affection at the expense of the three young heiresses.

How did the pilot episode of Prima Donnas fare in the ratings game?

Its ABS-CBN rival program, Kadenang Ginto, got a rating of 24%. This Kapamilya show is top-billed by Francine Diaz, Andrea Brillantes, Beauty Gonzalez, and Dimples Romana.

The new Kapuso show got a TV rating that is 11.1 points lower than its Kapamilya counterpart.