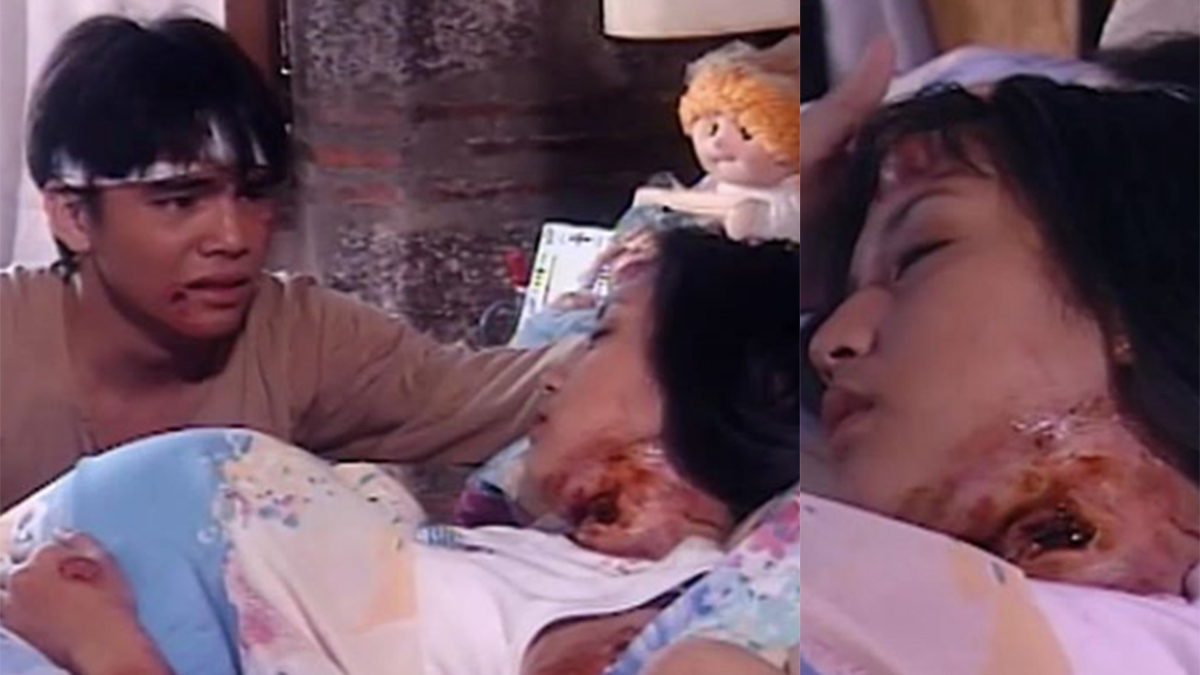 Actress-TV host Jolina Magdangal took a trip down memory lane and remembered one of her earlier projects with perennial love-team partner, Marvin Agustin.

A horror-themed episode about love and black magic, the 1996 Maalaala Mo Kaya episode can be streamed on ABS-CBN's over-the-top streaming service, iWant.

In the photo, it can be seen that Jolina had open wounds in her face and neck. In the scene for the TV show, crickets and cockroaches were seen coming out from those wounds.

She narrated how they shot this gruesome scene for the drama anthology show.

The "Karayom" episode of Maalaala Mo Kaya was aired again on TV in January 2012, under ABS-CBN's MMK Klasiks, which served as a filler in the Kapamilya Gold slot for one month.

The replayed episode, which was cut short to 45 minutes, can also be streamed on ABS-CBN's YouTube account.