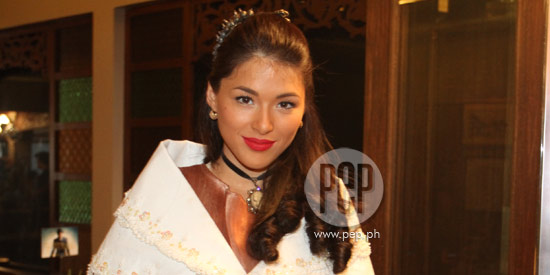 Kylie Padilla can relate to her character as Leonor Rivera, the beloved of Jose Rizal in the historical series Ilustrado.

Kylie Padilla is literally going back in time to move forward in her future. After a tumultuous 2014 first half, Robin Padilla's daughter is proving she is not just his little girl anymore as she decided to take on big challenges in her career this second half.

She landed the Leonor Rivera role in GMA-7’s “bayani-serye” Ilustrado, besting several other Kapuso actresses, aside from starting work on her first Regal film Dilim and launching her first album titled Seasons.

On her last taping day as Leonor Rivera this week, PEP.ph (Philippine Entertainment Portal) caught up with her during a press set visit to Ilustrado at their location for the day, the Philippine Normal University.

We asked how she prepared for the role. She shares, "nanood ako ng documentary about Jose Rizal and nagresearch din sa Internet, sa YouTube." She admits that conquering her fluency in Filipino was helped by the preparatory acting workshops the Ilustrado team put in place before they started taping.

How would she describe Leonor Rivera after having played her for the past months in Ilustrado?

She chooses her words carefully, "I think that Leonor is a modern woman trapped in a world where a woman was supposed to be sobrang tahimik, yung closed masyado. Strong-willed siya, at nag-iisip siya."

She repeats that Leonor is strong-willed but not hard-headed. She gives an example of when Leonor is asked to do things by people around her, she would ask why. "Kasi may mga lines siya na hindi lang ako nandito para magpakasal, manganak. Gusto niya more than that. Nung na-in love siya, gusto niya talaga yun. Walang magsasabi sa kanya na hindi pwede. Hihintayin niya talaga si Pepe," Kylie ends with a laugh, just as her leading man, Alden Richards, steps into the empty classroom we've interviewed Kylie in.

When prodded if she can relate to that quality of Leonor, Kylie lets out a series of giggles and says, "sobra akong nakakarelate!"

From across the teacher's table, Alden quickly agrees and flashes Kylie a huge smile.

How is she dealing with the heavy expectations on them as part of a show that is marking many firsts?

Ilustrado is GMA's first historical series to air on primetime TV starting October 20. This 20-episode series follows the life of Jose Rizal from the Philippines to Europe, following his love life as well from Leonor Rivera to Nellie Bousted (played by Solenn Heussaff) and Consuelo Ortiga (played by Max Collins). 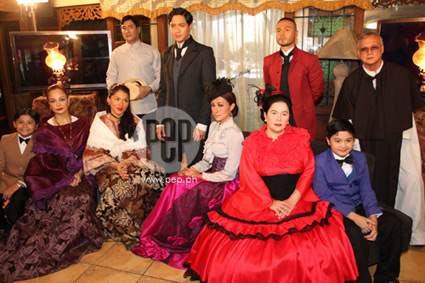 The 'direk' Kylie is referring to is King Marc Baco, who is assisted by Norberto Domingo for photography and Mary Honeylyn Alipio for the screenplay.

She says that she also learned to appreciate Jose Rizal again after watching Alden portray our nation's national hero.

What about Jose Rizal's character did she gravitate to?

How about Rizal's infamous womanizing? What did she think of that?

She adds though that if she has experienced it, "at least kung mayroon man akong naranasan na ganyan, at least magagamit sa art," showing a more mature side to herself now.