Madrasta pilot episode vs. Kadenang Ginto: who wins in the ratings game? 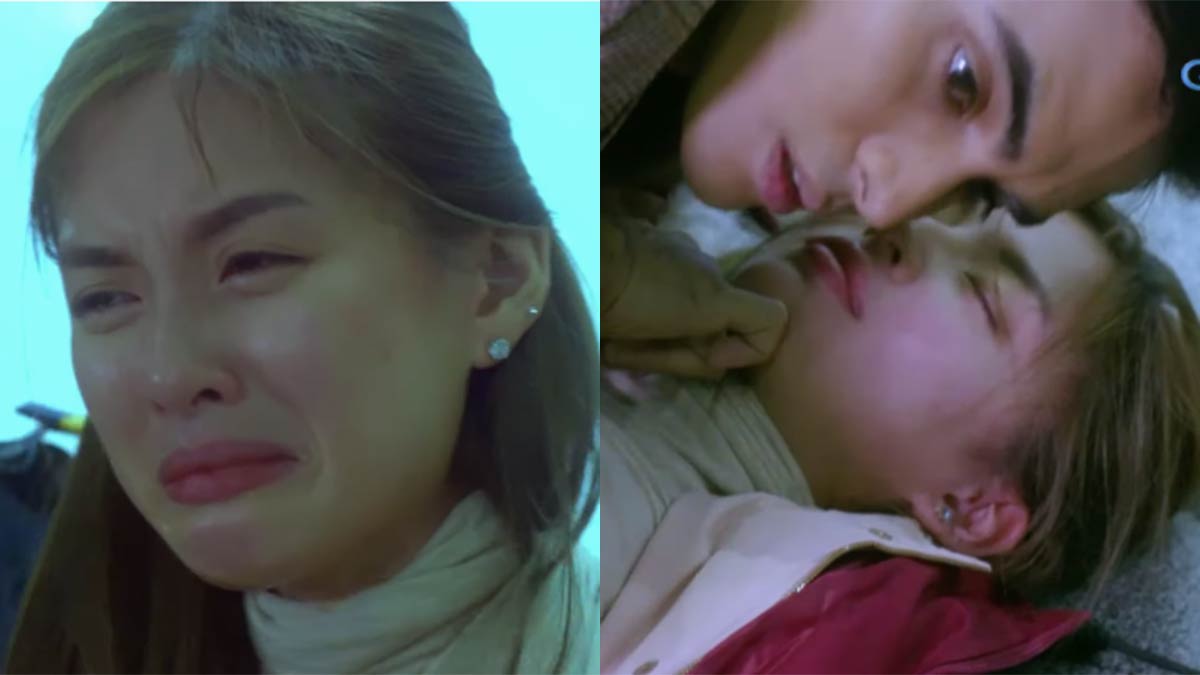 In Madrasta's pilot episode, Audrey's (Arra San Agustin) dream of becoming a nurse in Canada was shattered when she was deported back to the Philippines because of her fake documents. A doctor named Sean (Juancho Trivino) then rescued her after she fainted at the airport.
PHOTO/S: Madrasta (GMA-7)

The pilot episode showed the story of Audrey (Arra San Agustin), an aspiring OFW who has the opportunity to work as a nurse in Canada.

On the night of her flight, Audrey was surprised by her mother, Grace (Manilyn Reynes), her boyfriend George (Anjo Damiles), and her friends.

Upon reaching the airport, Audrey almost had a problem with her passport when the system did not detect her records. The glitch got fixed, allowing her to enter Canada.

However, upon arriving at Canada, Audrey was detained. Immigration officers asked Audrey to take off her clothes so they could check for drugs in her clothes. It turned out that her records were illegal.

Audrey's fake records caused her to be deported back to the Philippines.

As she walked around the Philippine airport, Audrey remembered her family's sacrifices, causing her to faint.

When Audrey fainted, a doctor named Sean (Juancho Trivino) came to her rescue.

Audrey was brought to a hospital. When she found out that the hospital was in Libertad, the base of her recruiters, Audrey left right away in search of them.

But she discovered that the agency was already closed. Many people were waiting outside the office because, like her, they had also been scammed by the agency.

Audrey then called her mother, and pretended that everything was fine. She chose not to tell her mother her problems.

When Grace sensed that Audrey was crying, she reminded her daughter about their mantra. Audrey then hung up the phone and cried out of frustration.

Future episodes of Madrasta will show how Audrey will recover from these setbacks. Viewers will also get to see her future husband Sean and his ex-wife Katharine (Thea Tolentino). The show will then focus on Audrey's struggles as a madrasta (stepmom).

How did the pilot episode of Madrasta fare in the ratings game?

Madrasta, which marks Arra San Agustin's launch as GMA-7's "New Gem of Drama," got a TV rating of 11.4%, according to data provided by Kantar Media.

Its rival ABS-CBN program, Kadenang Ginto, registered a rating of 21.0%.

Kadenang Ginto, which has been airing since October 2018, stars Beauty Gonzalez and Dimples Romana.