REVIEW: Lee Min Ho is a soldier torn between love and duty in Faith 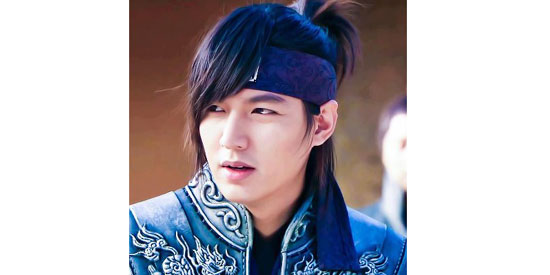 Lee Min Ho is suitably cast as a brave and dashing soldier torn between love and duty in the series Faith.

The opening scene shows Lee Min Ho as Choi Young, the royal bodyguard of a king living in the 14th century. As the captain of the royal guards, he protects the recently-wed king and queen in transit from Yuan to their kingdom’s capital, Goryeo.

The newly-crowned king secured his throne by marrying the princess of Yuan (the actual Chinese Dynasty under Mongolian rule) to preserve their sovereignty.

Historically, next-in-lines to the Korean throne were married off to Mongolian princesses since the Mongolian invasion of Korea in 1257.They were also raised in the Yuan court as hostages, as in the case of King Gongmin.

When the queen is gravely wounded from an attack, the king appointed Choi Young to look for “heaven’s doctor,” by going through a mystical “portal to heaven.”

When Choi Young passes through the magical portal, he is transported to present-day Korea. The warrior suddenly finds himself in a medical conference being held in the upscale District of Gangnam.

He spots plastic surgeon Yoo Eun-soo (played by Kim Hee-sun) and forcibly brings her to the Goryeo era, with a promise to return her safely once she fully heals the queen.

Where past and present meet in Faith, a comical contrast is created—the characteristic playful touch of most Koreanovelas. This sets Faith apart from the more serious genre of historical drama.

When Choi Young was transported to 2012 Seoul, he was single-minded in his determination to find the “doctor of heaven” that the technological advances he witnessed eluded him.

He saw the fast-moving cars, skyscrapers, and queer-looking people only as obstacles preventing him from succeeding in his mission.

Garbed in an ancient soldier’s livery, he was suspected by modern Koreans as either a cosplayer or a mad man, prompting curious onlookers to take pictures of him on their smartphones.

Even a host of police officers could not stop Choi Young from abducting Yoo Eun-soo, with his supernatural abilities prevailing over their modern-day firearms.

Back in Goryeo, the surgeon Yoo Eun-soo was initially clueless of her predicament, thinking she was merely on the set of a drama.

She was convinced that the people around her were simply cast members wearing costumes.

After successfully mending the queen’s wound using her “modern” tools, she further reinforces her image in the eyes of the king and his court as the “doctor of heaven.”

But this same talent will convince the king to command her to stay, thereby forcing Choi Young to break his promise to her.

Faith offers an interesting mix of fantasy, action, and even medical sequences.

Animation was used to portray back stories of events in past eras, and to create an air of mysticism, as in the character of Choi Young, renowned as a warrior of legendary ilk.

Fight scenes between the king’s soldiers and their unknown enemies were showcased with arresting details.

However, inconsistencies in the execution of certain scenes can be considered some flaws of the show.

Why was Yoo Eun-soo clueless about her arrival at Goryeo, when she was aware that she went through the portal with Choi Young?

In a crucial sequence, when Choi Young was about to send Yoo Eun-soo back to the modern time, he was stopped by his fellow soldiers, on the king’s behest.

Yoo Eun-soo, who had been very eager to get home, had all the time in the world to go through the portal on her own but she had to wait for Choi Young to stop her until the portal finally closed.

Overall, Faith is a series to watch if you want to amuse yourself and be entertained by its comic touches combined with historical details.

Lee Min Ho fans will have a treat seeing him in action, suitably cast as a brave and dashing soldier torn between love and duty.

Those with smartphones equipped with an ABS-CBNmobile SIM can watch Lee Min Ho’s Faith.

The Tagalog-dubbed version of Faith is exclusively available on iwantv.ph through ABS-CBN Mobile. Six episodes are uploaded every week every Monday.