All-Out Sundays pilot episode vs. ASAP: who wins in the ratings game? 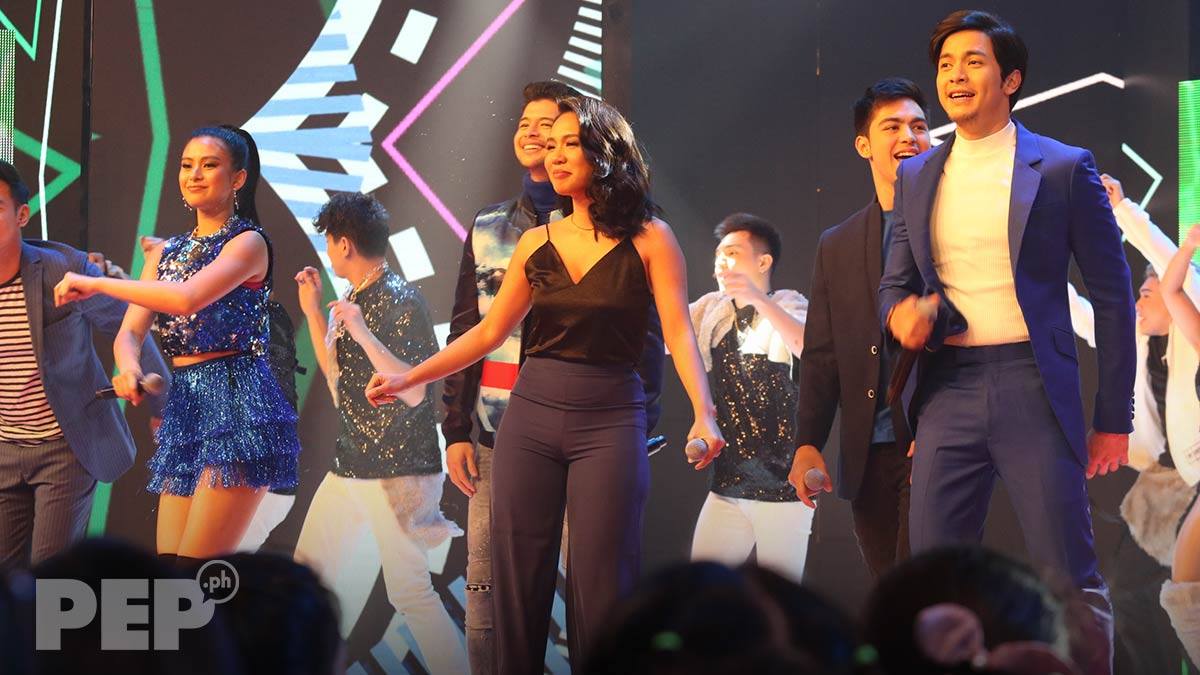 The episode kicked off with a dance number from Alden Richards and Julie Anne San Jose.

Alden and Julie then performed a medley of upbeat songs along with other Kapuso stars during the opening number.

The hosts performed the new theme song of this show, which replaced Sunday Pinasaya.

The January 5 episode of ASAP Natin 'To marked the kick-off of its 25th anniversary celebration.

In her speech, Sharon thanked her husband Senator Kiko Pangilinan who joined her onstage.

Frankie and Miel Pangilinan were present that day along with their brother Miguel.

Sharon continued: “Salamat sa lahat ng anak-anakan ko. Thank you, Frankie, Miel and Miguel for giving importance to Mama, and loving me, and being respectful and kind, grateful children.”

According to KC Concepcion, she was unable to attend Sharon's ASAP birthday celebration due to "personal reasons."

A post shared by ActorSingerPresenter (@reallysharoncuneta) on Jan 5, 2020 at 3:44am PST

The Megastar also said that she hoped her children will emulate Judy Ann Santos, Regine Velasquez, and Sarah Geronimo.

A post shared by ActorSingerPresenter (@reallysharoncuneta) on Jan 5, 2020 at 3:50am PST

According to ratings provider AGB Nielsen, All-Out Sundays got a TV rating of 6.1%.

ASAP Natin 'To, its rival program on ABS-CBN, registered a TV rating of 5.7%.

On the other hand, this trend was reversed based on Kantar Media data.

According to ratings provider Kantar Media, All-Out Sundays got a TV rating of 9.7%.