TOTOO BA: Did one province get mad at Eat Bulaga because of its theme song? 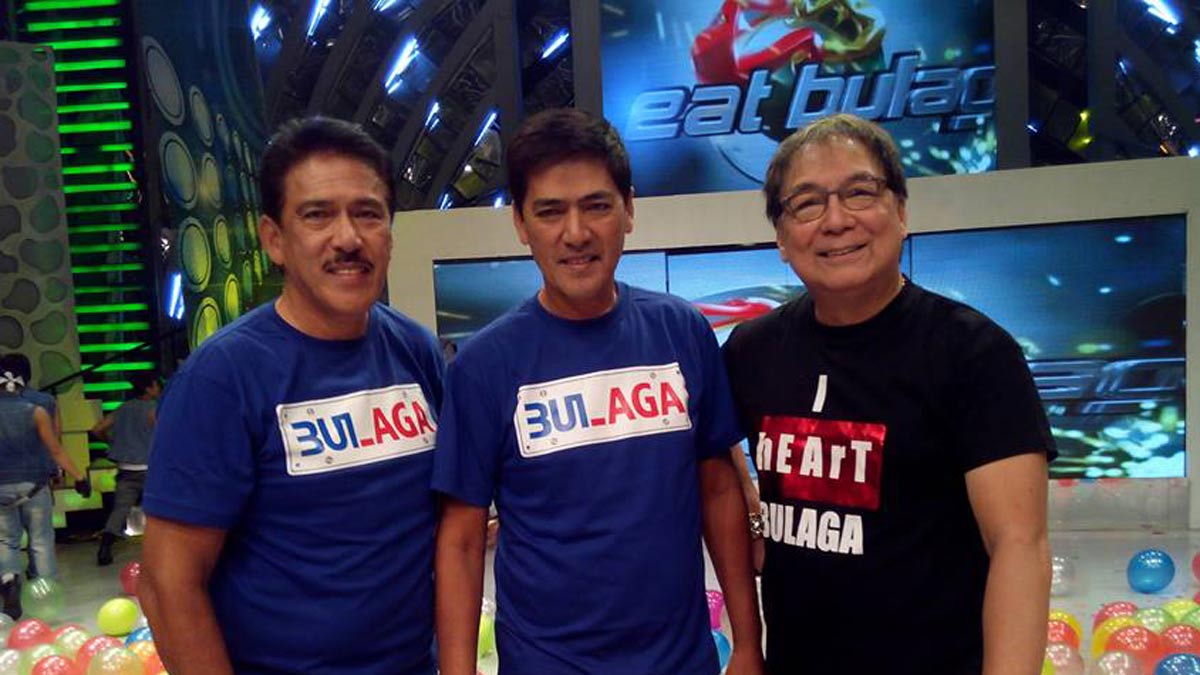 Did you know that Eat Bulaga! originally did not have a theme song when it first aired on television in 1979?

The theme song wasn't released until 1982, the year when the noontime show launched its first domestic satellite airing. On that year, the whole country was able to watch Eat Bulaga! at the same time.

This is the reason why the first line of the theme song was written as "Mula Aparri hanggang Jolo."

This trivia was shared by TAPE, Inc. executive Malou Choa-Fagar during an exclusive interview with PEP.ph (Philippine Entertainment Portal) for a special report.

Choa-Fagar used to be the show-runner of Eat Bulaga! when it was conceptualized in 1979. Eat Bulaga! was still being aired on RPN-9 in the year 1982.

Aparri is located in Cagayan, Luzon while Jolo is in Mindanao, signifying that Eat Bulaga! is seen from north to south of the Philippines.

Choa-Fagar continued, "We changed pala our theme song. Because we didn’t have a theme song that time, e.

"It was only an 'Eat Bulaga! Eat Bulaga,' ganun lang.

However, the theme song also became a cause of controversy between Eat Bulaga! and the province of Batanes.

This happened sometime in the 1990s.

According to Choa-Fagar, people from the province of Batanes were hurt because, being the northernmost province in the Philippine map, they were excluded from the theme song.

The theme song is still being used today, with a few modifications to the names being mentioned.

At present, instead of their names, the theme song only mentions "Barkada'y dumarami," signifying the addition of new cast members to the show every now and then.