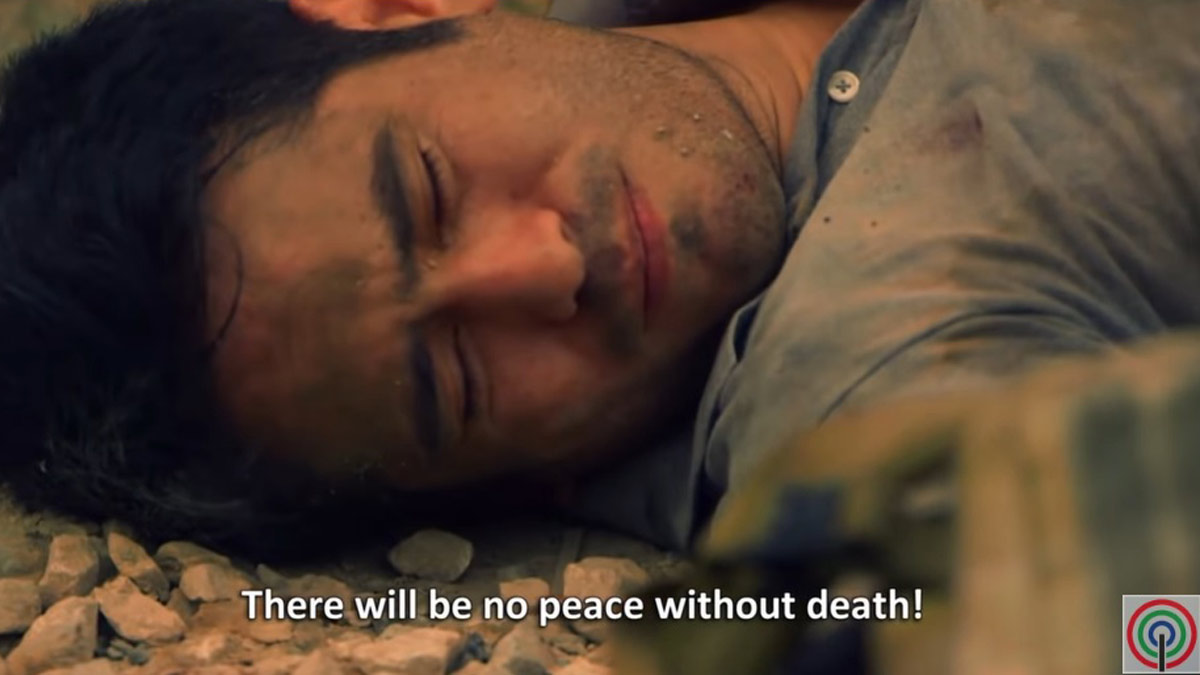 Gerald Anderson's character starts out as an IT professional in A Soldier's Heart.

On January 23, Fortun, congressman of the province's 1st district, decried the "unrealistic" and "offensive" portrayal of Butuan City in ABS-CBN's new teleserye, A Soldier's Heart.

The pilot episode showed the bombing of a fictional Butuan City market.

In his statement, Congressman Fortun said: "As a Butuanon who was born and raised in a city that was and has never been known to be a hub of extremism and terrorism, I am dismayed by the portrayal of Butuan as a hotbed of chaos.

"The depiction is not only unrealistic, it is offensive because it is destroying the collective efforts of the people of Butuan to promote the Home of the Balangays as a tourist destination for history and culture and a hub of opportunities."

He called on ABS-CBN to: "...immediately air an appropriate disclaimer, review and reconsider the content and story elements of the teleserye in order not to further besmirch the reputation of our historic city.

"Better still, as partial recompense for the damage this imprudence may have caused Butuan and its people, we implore upon them to depict the real Butuan and feature stories about it in their news and public affairs programs."

In response, ABS-CBN promptly issued a statement apologizing to the solon and to the people of the city.

The Kapamilya network statement read: "While the incident portrayed in the series was fictitious, there was mention of the city name."

It added: "...there was no deliberate intention to portray Butuan City negatively in the show. We acknowledge that Butuan is one of the most beautiful and peaceful cities in the country."

The next day, January 24, representatives of ABS-CBN—led by Chief Operating Office Cory Vidanes, and Head of Entertainment Production Lauren Dyogi—met with Fortun to clear the air.

Following the meeting, Congressman Fortun issued a statement saying: "Executives of the network led by Ms. Cory Vidanes and Mr. Lauren Dyogi, informed me in our meeting this morning of the measures they have immediately taken aside from the specific disclaimer, including the removal of production elements, scenes, and references that may be offensive to Butuan.

ABS-CBN's own statement read: "The ABS-CBN executives personally expressed their apologies to Fortun and reiterated that the program had no intention to put Butuan in a negative light.

"Any reference to the city that they deemed offensive has been removed for exhibition in other platforms."

Fortun is one of the co-authors of House Resolution 639 urging the House committee on legislative franchise to tackle ABS-CBN's franchise renewal.

The network franchise is set to expire in March 2020.

Fortun said that he still supports the renewal of the network's franchise.

The controversial scene involved the character portrayed by Gerald.

The series is produced by RCD Narratives and directed by Richard Somes, from a script by Jerry B. Gracio, Carlo Katigbak, and Chie Floresca.