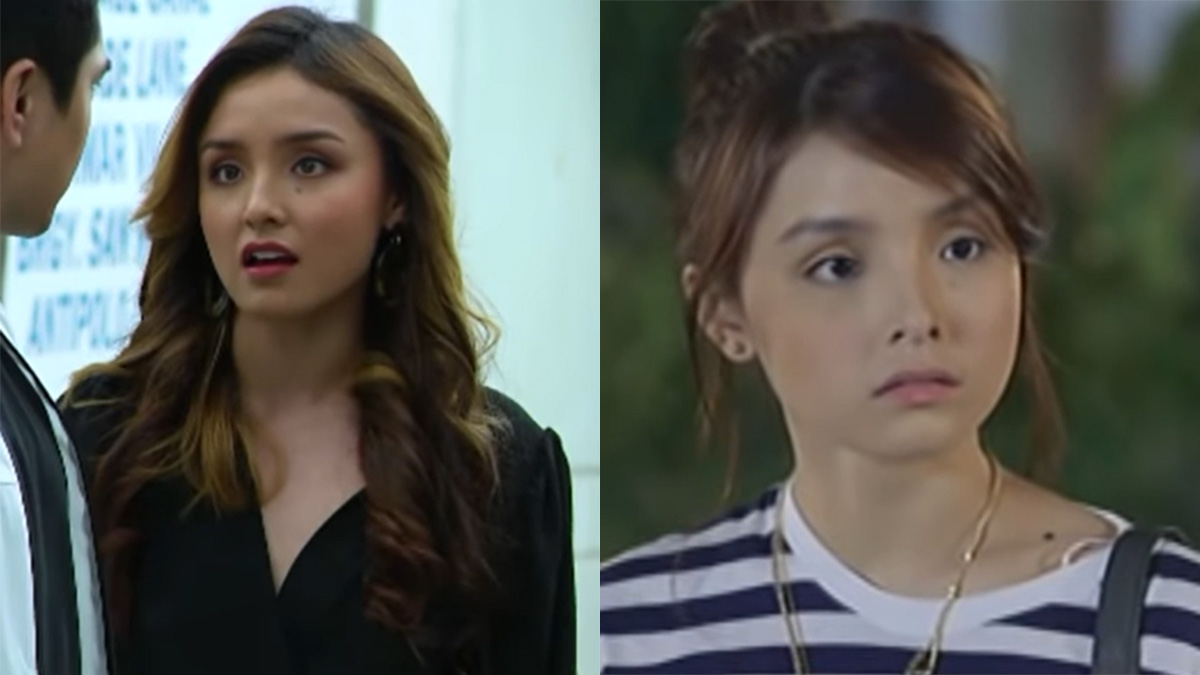 Sarah Carlos started her career via ABS-CBN's remake of Pangako Sa 'Yo in 2015. She is the latest actress to transfer to GMA-7.
PHOTO/S: Prima Donnas (GMA-7) / Pangako Sa 'Yo (ABS-CBN)

Sarah Carlos, the actress who played Bea Bianca in the 2015 remake of ABS-CBN's Pangako Sa 'Yo, is now with GMA-7.

Sarah is one of the new characters of the Kapuso afternoon series Prima Donnas.

She plays Emerald, the girlfriend of Ruben (James Blanco).

It has yet to be revealed how Emerald will affect the lives of the Claverias, particularly Lilian (Katrina Halili) and her daughters Mayi (Jillian Ward), Lenlen (Sofia Pablo), and Ella (Althea Ablan).

Prima Donnas is Sarah's first project with the Kapuso network.

Sarah started her showbiz career in 2015, via the remake of Pangako Sa 'Yo, starring Kathryn Bernardo and Daniel Padilla.

She played the role of Bea Bianca, the third wheel to Yna (Kathryn) and Angelo's (Daniel) love story.

Sarah got the role through a nationwide audition held by Pangako Sa 'Yo's producer, Star Creatives. She bested 200 other female hopefuls during the audition process.

This allowed her to become part of ABS-CBN's talent management arm, Star Magic, which also manages the careers of Kathryn and Daniel.

However, after the first season of Pangako Sa 'Yo, Bea Bianca's character was written off, and Sarah had to leave the show.

After Pangako Sa 'Yo, Sarah joined ABS-CBN's cable music channel, MYX, as a video jock (VJ), in 2016. Her batchmates were Sharlene San Pedro and Jairus Aquino.

Sarah was also able to do episodes of Maalaala Mo Kaya and Ipaglaban Mo.

Her most recent acting project was the 2019 Cinema One Originals entry O.