Madrasta finale vs. Love Thy Woman, Sandugo: who wins in the ratings game? 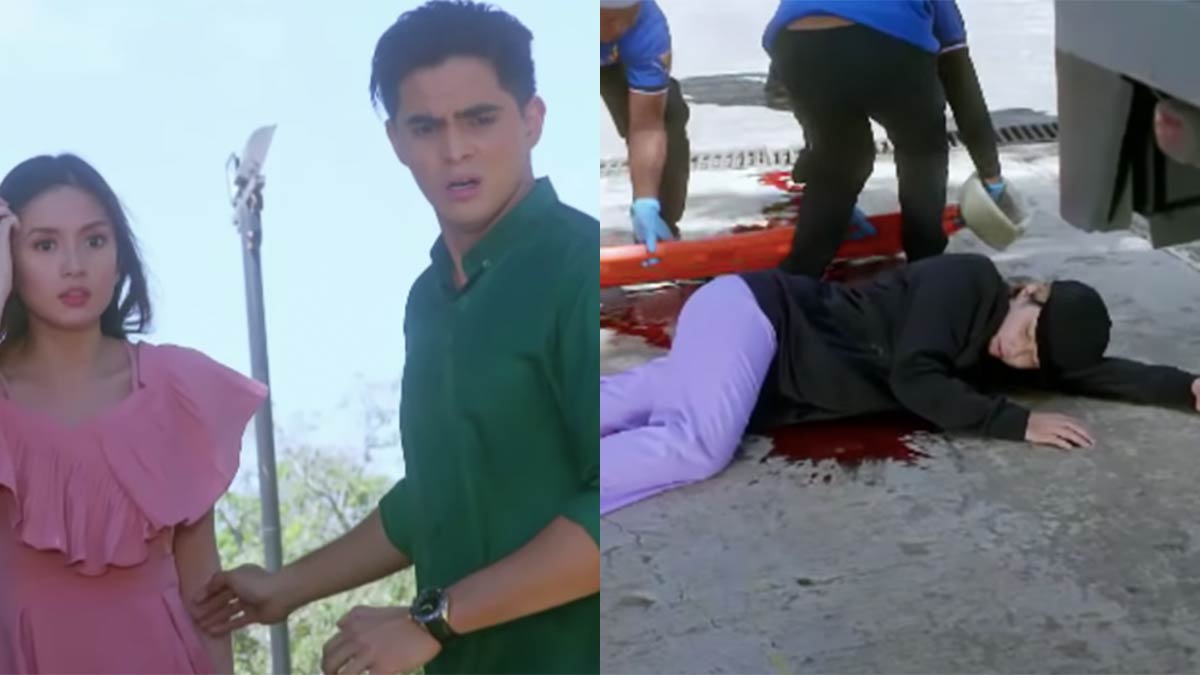 In the final episode of Madrasta, Audrey (Arra San Agustin) and Sean (Juancho Trivino) are both shocked to see the fate of their nemesis, Katharine (Thea Tolentino).
PHOTO/S: Madrasta (GMA-7)

Katharine fell from a ferris wheel, but managed to survive the fall.

When the medic brought her inside an ambulance, she tried to escape. However, Audrey saw her leaving.

Audrey and Sean followed Katharine as she ran away from the cops. Katharine's life finally ended when she got run over by a truck.

Shirley (Almira Muhlach), who was imprisoned, was allowed to visit the grave of her daughter Katharine and mourn her death.

Shirley did not show any remorse since Katharine just allowed her to remain in prison. However, Elizabeth (Gladys Reyes), Sean's mom, made Shirley realize her shortcomings as a mother.

Later on, the family had the chance to attend a happy occasion in school.

Sean's eldest daughter with Katharine, Lauren, was awarded as the Most Outstanding Girl Scout.

Sean and Audrey went up the stage to receive the award with Lauren.

Lauren delivered a speech wherein she showed her appreciation for Audrey. She said that even though Audrey is only her "madrasta," she felt like Audrey is her real mother who loves her no matter what.

At the end of Lauren's celebration, Sean proposed again to Audrey and asked her to marry him again through a church wedding.

How did the final episode of Madrasta fare in the ratings game?

According to AGB Nielsen, Madrasta got a TV rating of 7.5%.

Madrasta went head to head against the two afternoon shows of ABS-CBN: Love Thy Woman and Sandugo.

Love Thy Woman, which is top-billed by Kim Chiu and Xian Lim, got a rating of 4.4%

Based on Kantar Media data, Madrasta also won against its two rival programs when it registered 17.4%.