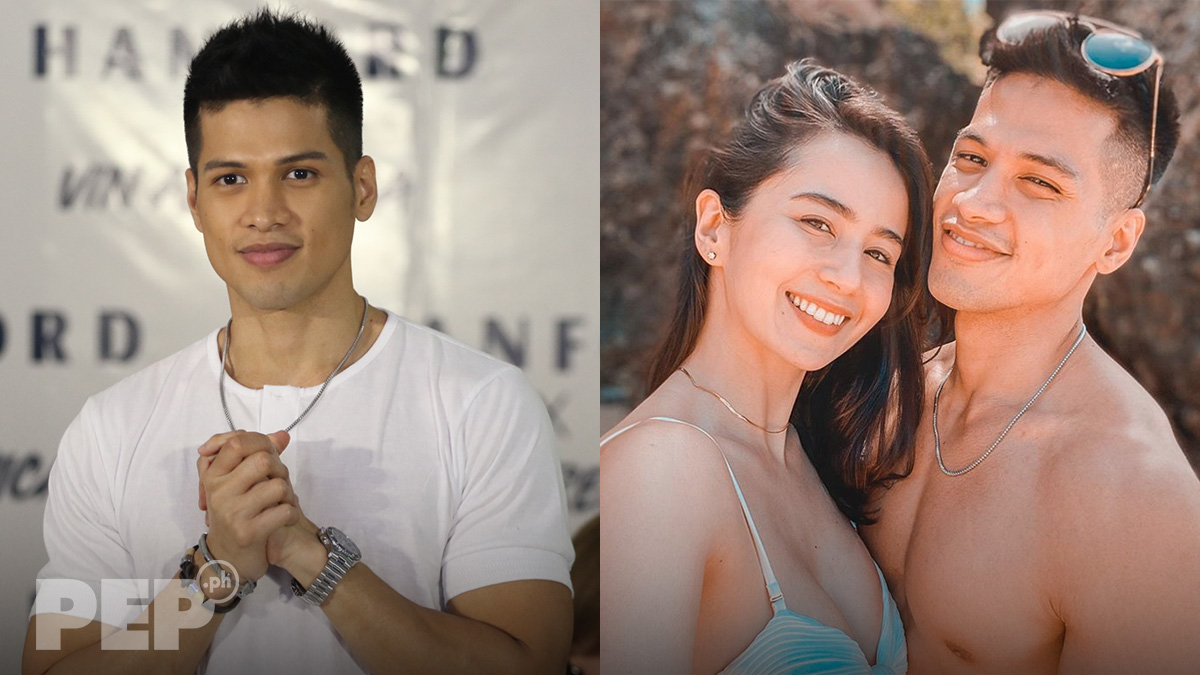 Vin Abrenica says that working in different networks is not an issue for him and real-life girlfriend Sophie Albert.

Vin and Sophie started their careers via TV5's reality show, Artista Academy, where they emerged as winners.

At present, Vin is with ABS-CBN while Sophie is a contract artist of GMA-7.

In an interview with PEP.ph (Philippine Entertainment Portal) during his March 3 contract signing with Hanford, Vin says that working in different networks has a good effect on his relationship with Sophie.

He explains, "Effect siguro in a good way, kasi there’s more freedom, I guess, at maganda naman sa ’min is we update each other.

Vin admits that in the past, he and Sophie needed to inform each other when it comes to doing intimate scenes with other partners for their TV shows.

Sophie and Vin are always tapped to do daring projects in their respective home networks.

Sophie did bed scenes with Rocco Nacino and Jason Abalos in her Kapuso shows Pamilya Roces and Bihag.

Vin, on the other hand, did an intimate scene with Roxanne Barcelo in Wildflower and Arci Munoz in Ipaglaban Mo.

Aside from the freedom of doing things for their craft, Vin says that working separately also has a positive effect on his relationship with Sophie.

He points out, "Advantage siguro is para sa akin, when she’s there, parang you have to give your time.

Currently, Vin is busy working on his ABS-CBN prime-time series A Soldier's Heart, while Sophie just wrapped up taping her last prime-time show, The Gift, where she was paired with Alden Richards.