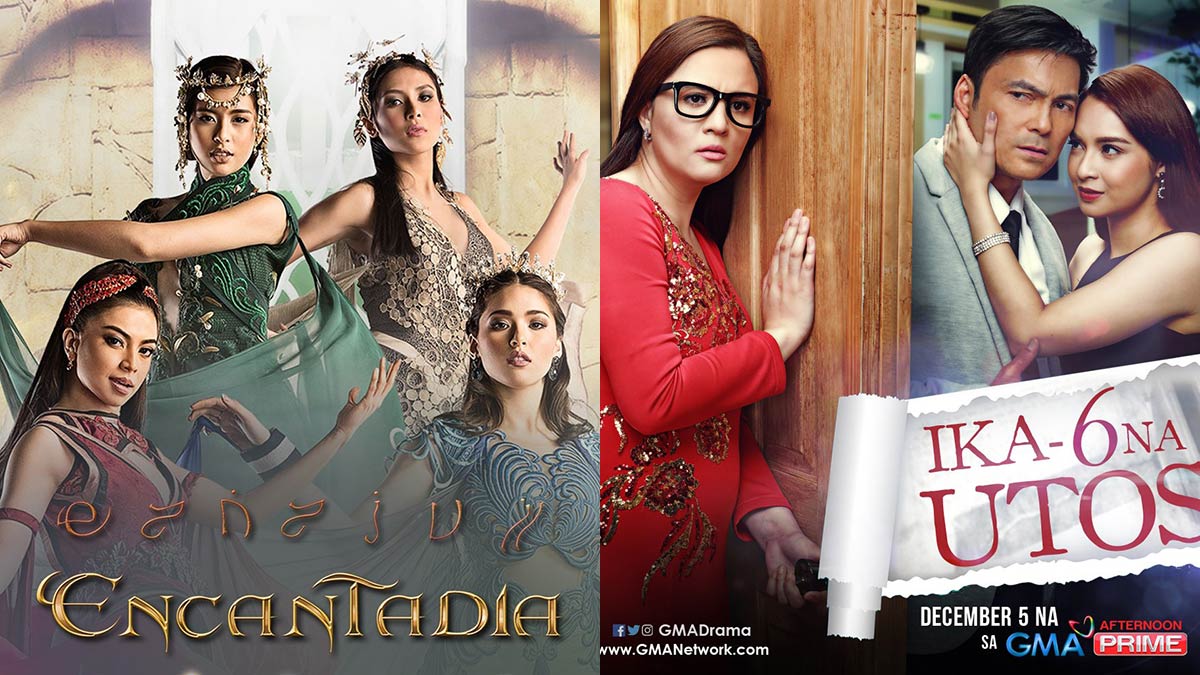 Encantadia and Ika-6 Na Utos are set to return to GMA-7 as its ongoing dramas temporarily go off the air starting Wednesday, March 18, 2020.
PHOTO/S: GMA-7

GMA-7 top-rating programs Encantadia, Ika-6 Na Utos, and Kambal, Karibal are set to air re-runs as some of the network's ongoing drama shows temporarily go off the air this week.

As announced by the Kapuso network through its Corporate Communications department, the three shows will take over the timeslots of GMA Afternoon Prime programs Magkaagaw and Prima Donnas, and GMA Telebabad shows Descendants of the Sun and Anak ni Waray Vs. Anak ni Biday as soon as their pre-taped episodes finish airing this week.

This is in light of GMA-7's temporary suspension of teleserye production following President Rodrigo Duterte's announcement that the government will impose community quarantine and ban on mass gatherings because of the COVID-19 pandemic.

Beginning Wednesday, March 18, Sunshine Dizon's series Magkaagaw will go off the air and will be temporarily replaced by her previous top-rating 2016 series Ika-6 Na Utos.

For the prime-time block, Barbie Forteza and Kate Valdez's series, Anak ni Waray vs. Anak ni Biday, will also temporarily stop its run. It will be replaced by the 2017 hit prime-time series Kambal, Karibal starring Bianca Umali and Kyline Alcantara.

Its timeslot will be occupied by Ika-6 Na Utos in an extended timeslot.

Ika-6 Na Utos will also take over the Saturday episodes of Prima Donnas.

The well-loved requel (remake + sequel) of the fantasy series Encantadia, starring Kylie Padilla, Gabbi Garcia, Sanya Lopez, and Glaiza de Castro, will take over the timeslot of Descendants of the Sun.

On Monday, March 23, it will be replaced by Carla's past series, My Husband's Lover, which also starred Tom Rodriguez and Dennis Trillo.

Meanwhile, GMA-7 has yet to announce until when Bilangin Ang Bituin Sa Langit will continue its run.