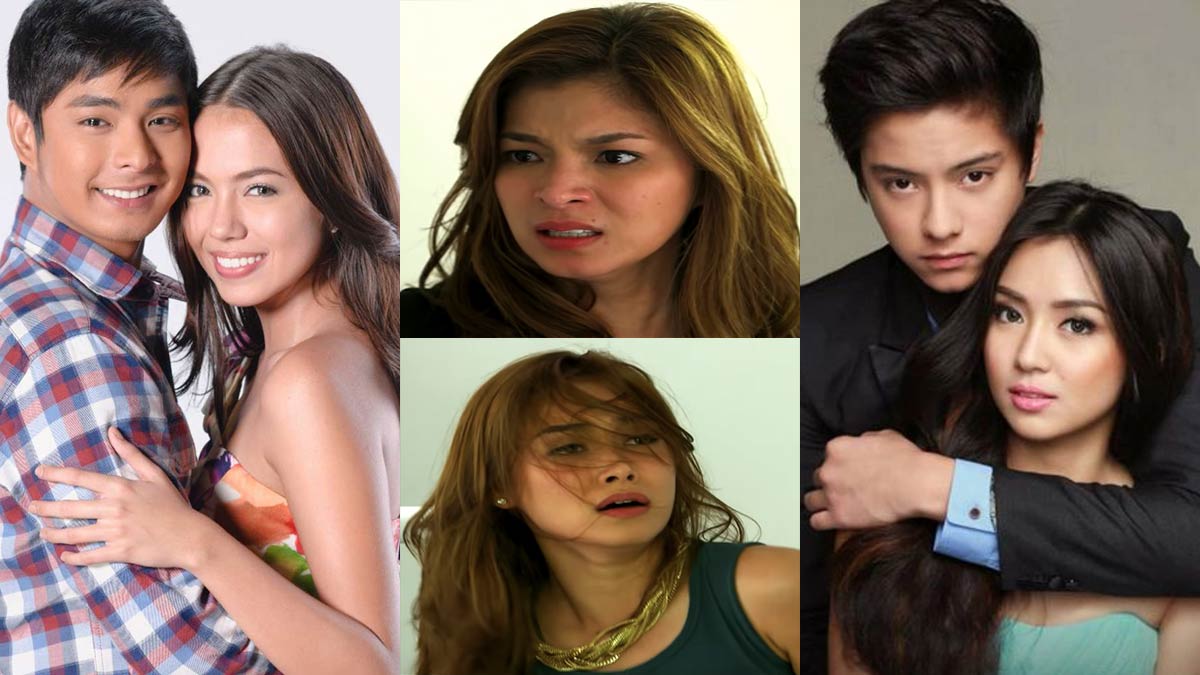 Julia Montes and Coco Martin's Walang Hanggan, Angel Locsin and Maja Salvador's The Legal Wife, and KathNiel's Got To Believe will fill in the time slots of It's Showtime, Love Thy Woman and Sandugo starting March 23.
PHOTO/S: ABS-CBN

ABS-CBN chooses three of its prime-time programs to be aired on the network's afternoon block starting this Monday, March 23.

Last week, the Kapamilya network announced the suspension of its teleserye productions to comply with the enhanced community quarantine in Luzon to combat the spread of the coronavirus disease (COVID-19).

Dreamscape Entertainment and Star Creatives produced these two shows that will air in the network's Kapamilya Gold block.

Beginning on Monday, It's Showtime which runs from 12:15 to 3:30 p.m., will give way its last 55 minutes to the rerun of Dreamscape Entertainment's drama series, Walang Hanggan.

Walang Hanggan is the first teleserye team-up of Julia Montes and Coco Martin, which aired from January to October 2012. It will air at 2:30 p.m.

Star Creatives' The Legal Wife, a 2014 drama series starring Angel Locsin, Jericho Rosales, and Maja Salvador, will temporary fill in the timeslot of Love Thy Woman at 3:25 p.m.

Kathryn Bernardo and Daniel Padilla's 2013 Star Creatives series Got To Believe is also expected to return on television on March 23.

It will fill in the time slot of Sandugo, starring Aljur Abrenica and Ejay Falcon. Sandugo is set to air its finale this Friday, March 20.

This also means that Sandugo's replacement program, Ang Sa Iyo Ay Akin, will postpone the airing of its pilot episode which is supposed to happen on March 23.

The prime-time programs of ABS-CBN already went off the air last March 16.

The shows currently being aired on the prime-time block are: 100 Days to Heaven, May Bukas Pa, On The Wings of Love, and the iWant original series I Am U.

Maalaala Mo Kaya has also released its line-up for the next three Saturdays.