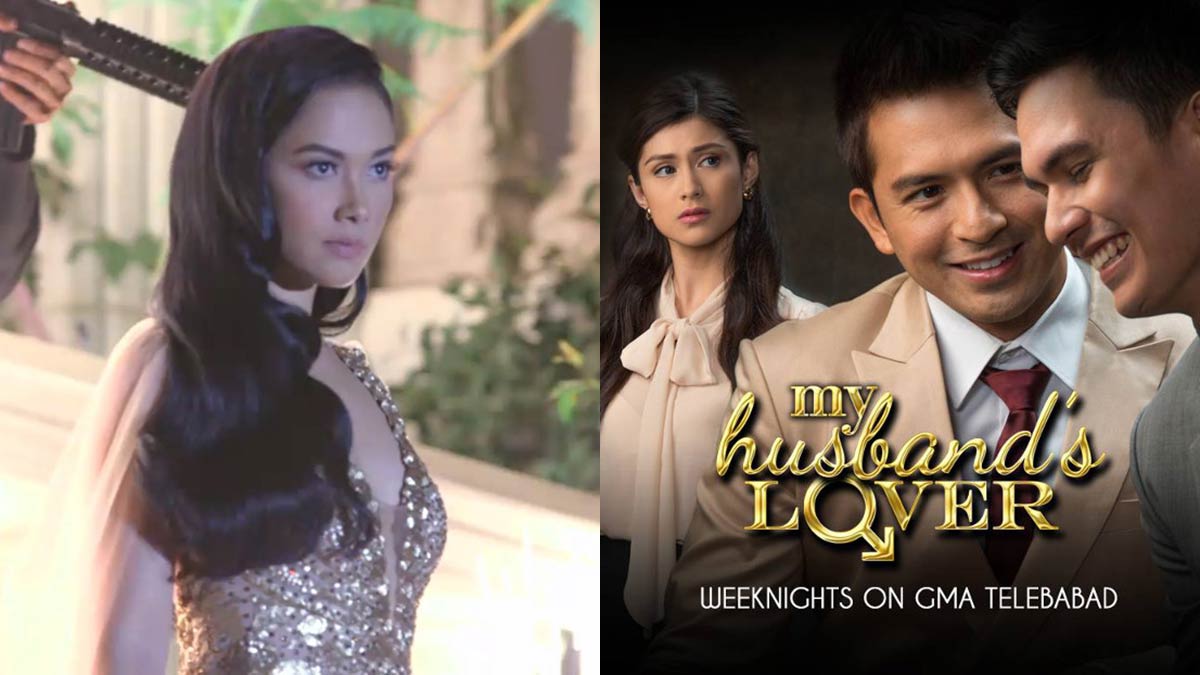 These two shows are set to air their reruns on the third slot of their respective network's primetime blocks.

ABS-CBN and GMA-7's current primetime programs are currently on break after both networks suspended production of their respective entertainment programs because of the COVID-19 outbreak.

Both Wildflower and My Husband's Lover became trending topics on social media and registered high ratings throughout their respective runs in the past.

ABS-CBN's Wildflower, which was top-billed by Maja Salvador, first aired in the Kapamilya network on February 15, 2017, on the pre-prime time slot before TV Patrol.

Wildflower tells the story of Lily Cruz (Maja), a vengeful woman who returned to Poblacion Ardiente to avenge the death of her parents. The death was planned by the Ardientes, the most powerful clan in town.

Lily assumed the name Ivy Aguas to orchestrate her plan against the Ardientes.

During its first run, Wildflower became viral for its catfight scenes. Its memorable quotes became trending topics on social media, with netizens making memes out of these scenes.

One episode that trended on social media was when Maja's Ivy character wore a black bridal gown at her wedding to Arnaldo Ardiente (RK Bagatsing).

Wildflower registered an all-time high rating of 35.2% against Wowowin's 17.1% for its October 12, 2017 episode, based on Kantar Media data.

Clad in a gold gown, Ivy Aguas revealed in that episode that she is the real Lily Cruz.

Because of its impressive ratings, Wildflower's original 13-week run earned several extensions that led to a full-year run of 52 weeks.

For its rerun, ABS-CBN adjusted the running time of May Bukas Pa and On The Wings of Love from 45 minutes to 40 minutes each, to give way to Wildflower, which will air at 9:05 p.m.

It will take over the timeslot of Julia Barretto's iWant series I Am U, which only had a limited run of five episodes.

After Wildflower, ABS-CBN will also air the premiere of another original iWant series titled My Single Lady at 9:45 p.m. This is top-billed by Jodi Sta. Maria.

On March 17, GMA-7 announced that its prime-time series Love of My Life will finish airing its fresh, pre-taped episodes that week.

Love of My Life is top-billed by Carla Abellana, Rhian Ramos, Mikael Daez, and Coney Reyes.

After Love of My Life ends its run, it will be replaced by another Carla Abellana show, the 2013 series My Husband's Lover.

Touted as GMA-7's groundbreaking series of 2013, it is the first teleserye that bravely tackled LGBTQIA+ relationships, which was considered a taboo topic back then.

In the show, Carla's character, Lally, is married to Vincent (Tom Rodriguez). She later discovers that Vincent is gay, and is having an affair with his ex-lover, Eric (Dennis Trillo).

The provocative series registered high ratings after three weeks on the air. Its original 16-week run was extended to 19 weeks.

This peak TV rating was for My Husband's Lover's July 12 episode, wherein Lally confronted Vincent about his affair with Eric.