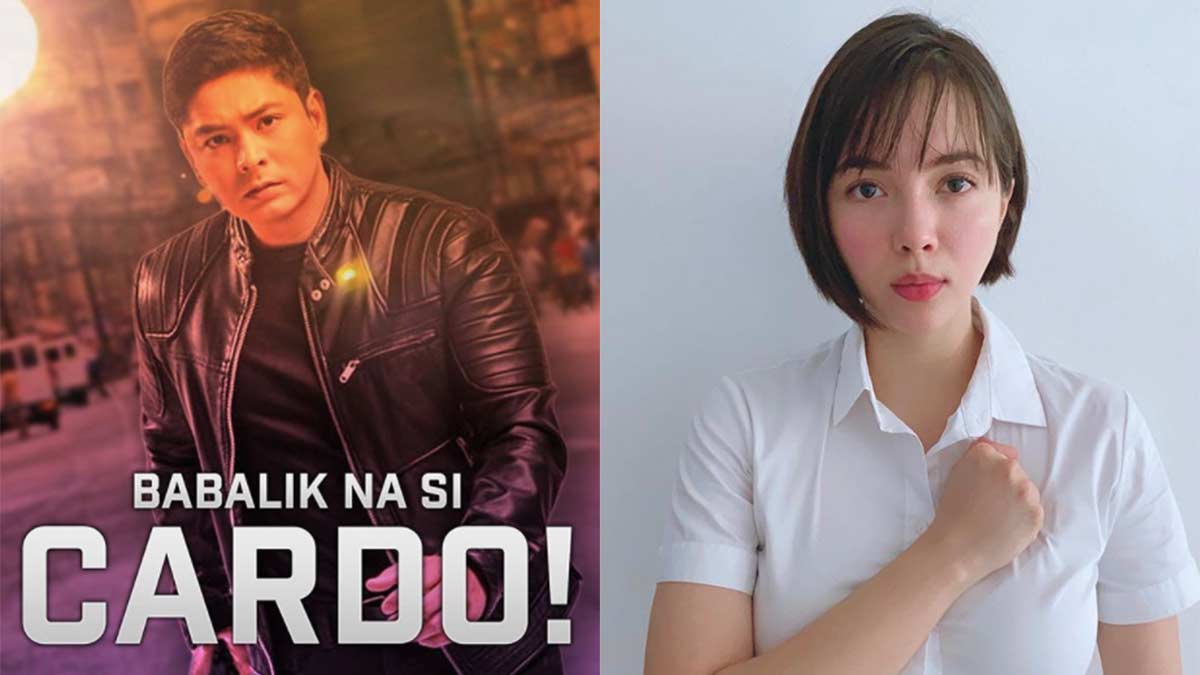 Julia Montes shows support for Coco Martin as he returns to television via his series FPJ's Ang Probinsyano.
PHOTO/S: @montesjulia08 on Instagram

On June 4, 2020, Julia posted a poster of Cardo Dalisay's return to television.

Julia captioned the post (published as is), "Babalik na sya!"

On June 4, ABS-CBN announced that FPJ's Ang Probinsyano will be seen on television again after a three-month break.

The last airing of FPJ's Ang Probinsyano was on March 13, 2020, when ABS-CBN stopped production and taping of its entertainment programs because Metro Manila and the entire Luzon was placed under Enhanced Community Quarantine (ECQ).

On May 5, 2020, ABS-CBN stopped broadcasting, after the National Telecommunications Commission issued a Cease and Desist order against the Kapamilya network, following the expiration of its congressional franchise.

Hearings for the franchise are being held in Congress.

FPJ's Ang Probinsyano will resume airing via the Kapamilya Channel, the cable channel that will be launched by ABS-CBN, and will air some of its current programs.

Other TV programs that will be shown on Kapamilya channel are Love Thy Woman, A Soldier's Heart, Magandang Buhay, It's Showtime, ASAP Natin 'To, The Voice Teens, and TV Patrol.

WHAT WILL HAPPEN TO JULIA'S TWO SHOWS?

Julia's weekly series 24/7 was on its fourth week of airing when production stopped because of the ECQ.The project was Julia's comeback after her one-year hiatus from showbiz.

Unfortunately, 24/7 is not part of the line-up of shows that will make a comeback via the Kapamilya Channel.

Burado has already started taping some of its sequences in Thailand, but, it's currently awaiting the decision of ABS-CBN and Dreamscape Entertainment, the unit in charge of Julia's shows.

Coco and Julia first worked together in the 2012 series Walang Hanggan.

While shooting Walang Hanggan, romance reportedly bloomed on the set.

But they both denied that they were in a relationship.

They worked together in three more projects: the movie A Moment In Time (2013), the drama series Ikaw Lamang (2014), and the weekly series Yamishita's Treasure (2015).

In 2015, reports claimed that Julia and Coco were officially in a relationship, but the two kept mum about it.

After Asintado, Julia took a vacation in Germany to spend time with her father. Back then, she was rumored to be pregnant.

In April 2019, showbiz insiders confirmed that Julia gave birth, and that Coco is the father of the baby.

But both stars and their camps neither confirmed nor denied the rumors.

In October 2019, "JULIA MONTES IS BACK" trended on Twitter after the actress was spotted in a supermarket.