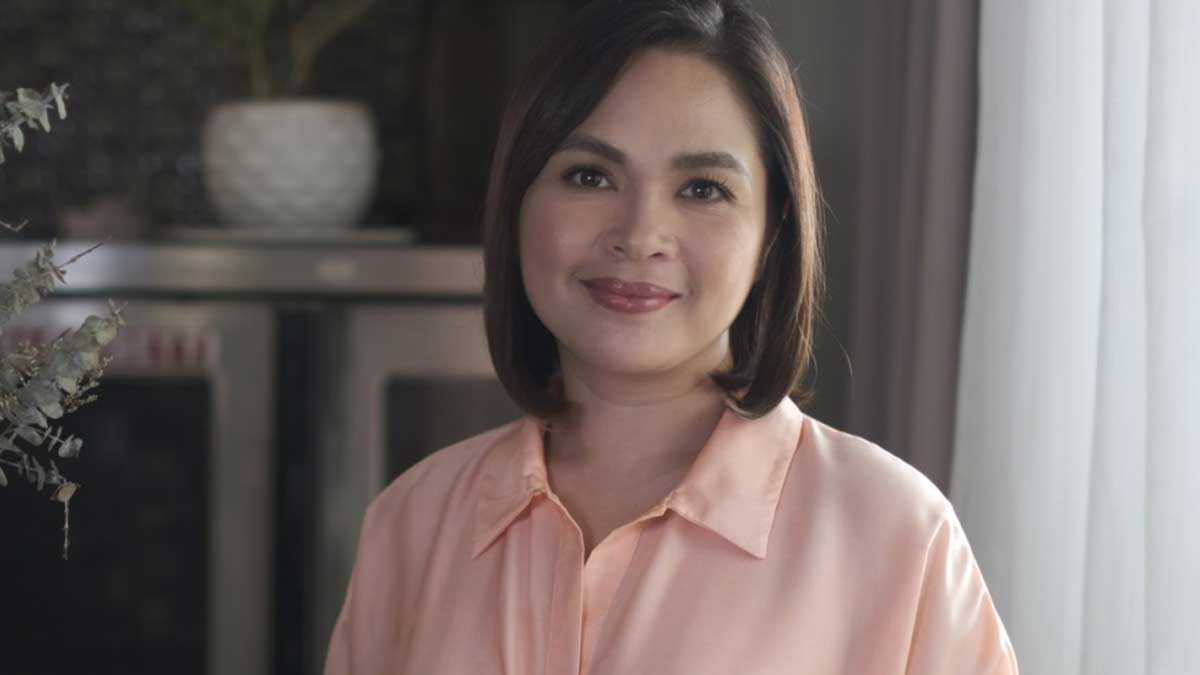 Judy Ann Santos was surprised when ABS-CBN pitched a show to her during the time when the network has stopped broadcast operations.

Judy Ann is the host of the upcoming docu-drama Paano Kita Mapasasalamatan, which will air on the Kapamilya Channel starting June 13, 2020.

The Kapamilya Channel, which will air on cable and satellite TV, is the temporary home of ABS-CBN programs while hearings are still being held in the Congress for the network's franchise renewal.

In fact, when the program was pitched to Judy Ann, her first question was: "Saan po tayo ipapalabas?"

Judy Ann also asked how will they be able to do the show following the restrictions of the community quarantine, where people should observe social distancing and mass gatherings are not allowed.

She said, "When Mother Biboy [Arboleda] texted me, nandoon iyong, 'Ay, may show. Ay, may gagawin, ay, may ipi-pitch.'

When PEP.ph (Philippine Entertainment Portal) asked if she is relieved that the program will air on the Kapamilya Channel, Judy Ann's answer was: "Oo naman!"

"But I have my whole trust and faith with my Kapamilya channel, with my ABS channel, ABS family.

What made Judy Ann more relieved is that the staff assured her that ABS-CBN has a platform where they will be able to air the show.

"Noong sinabi nilang there are a lot of platforms under the Kapamilya channel na maipapalabas ito, tuwang-tuwa talaga ako.

"ABS-CBN is doing their best to really still be able to reach to the Filipino people and I am just so happy that I'm still part of it."

When another reporter asked for the timeline of the pitching, Judy Ann revealed that the show was actually offered to her when ABS-CBN already stopped broadcast operations.

Dreamscape Entertainment, a content providing unit of ABS-CBN, is the producer of the series.

"Like, a week after that, si Mother Biboy Arboleda texted me and Dreamscape wanted to pitch a new show.

Even then, Judy Ann did not think twice about accepting the offer.

"So when they pitched, right then and there, umoo na ako. Hindi ko siya pinag-isipan.

WHAT PAANO KITA MAPASASALAMATAN IS ALL ABOUT?

Paano Kita Mapasasalamatan, which will air every Saturday at 6:45 P.M., is a show that features the acts of kindness of certain people and how this act becomes a chain for other people to offer a helping hand to those in need.

Through interviews of the featured individuals and dramatization of their experiences, the show aims to inspire viewers and show how kindness change other people's lives.

During the media conference, Judy Ann said that she got overwhelmed when Dreamscape Entertainment creative manager Rondel Lindayag pitched the concept.

"And I would always say that kindness is free.

According to Judy Ann, lending a helping hand is a trait that Filipinos are known for.

Unfortunately, there are some people who think that others are just helping for publicity or "nagpapaka-relevant."

This is the reason why Judy Ann is excited for viewers to see her show.

Even then, she admitted that there was fear because, in the beginning, she did not know how will she pull off the show.

"It's a tedious thing to do, but everything and everyone should go through a first in their lives.

The "four-man team" Judy Ann she was referring to is her as the host, her husband Ryan Agoncillo as the director and cameraman, her daughter Yohan as the one writing the idiot board, and a house angel as the production assistant.

Because of this, Judy Ann had a newfound and a stronger appreciation for people working behind the camera.

"There's a lot of appreciation for people behind the camera, more so now.

"But I'm more than thankful that this show was offered to me.

"Thank God for work because work like this, you'll be able to help more people."

In the first episode of Paano Kita Mapasasalamatan, Juday will feature friend and actress Iza Calzado, who will pay tribute to her household help Donna.

Donna chose to stay with Iza during the quarantine and refused to leave the actress' side while she was battling COVID-19.