Remember when Princess Punzalan made life a living hell for Claudine Barretto in this TV show? 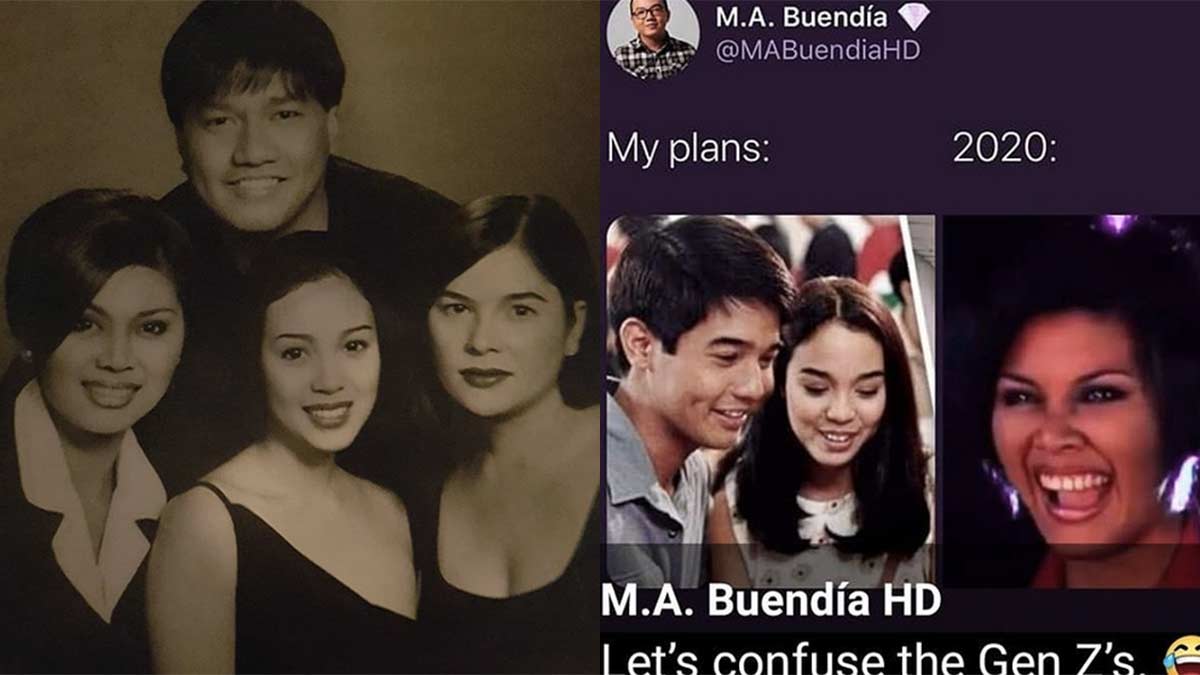 Via, Magda, and Selina are considered iconic characters in the history of Pinoy teleseryes.

These three women were the female leads in the ABS-CBN series Mula sa Puso, which aired from 1997 to 1999.

Claudine Barretto portrayed the role of Via, the heiress of the Pereira clan. Jaclyn Jose played Magda, Via's long-lost mother, while Princess Punzalan played Selina, the evil aunt of Via.

Also part of the cast were Diether Ocampo and the late Rico Yan as Claudine's leading men.

On May 13, Jaclyn posted her photo with Claudine, Princess, and Direk Wenn, which seemed to be a publicity photo taken for Mula sa Puso.

Jaclyn wrote in her caption (published as is), "Missing you all in this time of crisis.i Love you Wenn kasi magaling ka mag salita you are one person na nandito dapat sa panahong ito mahal kita mare at Clau.and cess.."

Princess reposted a meme comparing the story of Mula sa Puso to how 2020 "ruined" people's plans. It was originally posted by @MABuendiaHD and was similar to "expectation vs. reality" memes.

The characters of Claudine and Rico were used as a metaphor for a person's "plans," while Princess's character was "2020."

In the story of Mula sa Puso, Via (Claudine) is very much in love with Gabriel (Rico), but their love story is affected by Selina's (Princess) evil schemes to get the wealth of Via's family.

Princess wrote in the caption of her post, "I saw this meme and it made me smile :)"

One of the show's most iconic scenes was when Selina's henchmen planted a bomb in the bus that had Via aboard.

Much to the shock of the viewers, the bus exploded and Selina was shown doing an evil laugh as she watched it burn.

Everyone believed that Via died from the explosion after they saw a burned body wearing Via's bracelet.

The incident gave rise to a pivotal scene where Magda dragged Selina into Via's coffin.

A week later, it was revealed that Via was able to get out of the bus before it exploded. She hid in the province when she discovered Selina's evil plans.

Mula sa Puso is the third highest-rating teleserye that ABS-CBN ever produced, based on the data provided by AGB Nielsen.

In 2011, ABS-CBN and Direk Wenn did a remake of Mula sa Puso with Lauren Young as Via, Dawn Zulueta as Magda, and Eula Valdes as Selina.