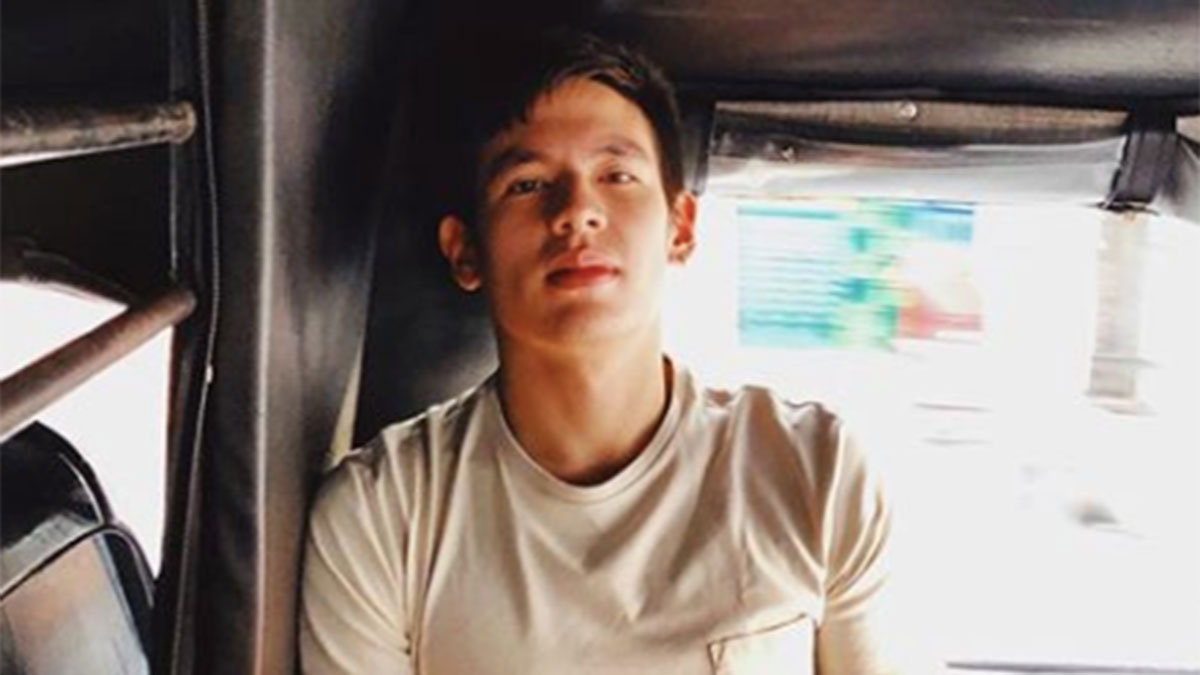 Jake Ejercito is officially welcomed as part of ABS-CBN's talent arm, Star Magic. He is part of Love From Home: Lockdown Portraits, a project of Star Magic during this community quarantine.
PHOTO/S: @unoemilio on Instagram

He is among the numerous celebrities featured in Star Magic’s Love From Home: Lockdown Portraits book, a compilation of do-it-yourself photo shoots of Star Magic talents taken during quarantine.

In her caption, Tapang officially welcomed Jake into the roster of Star Magic talents. 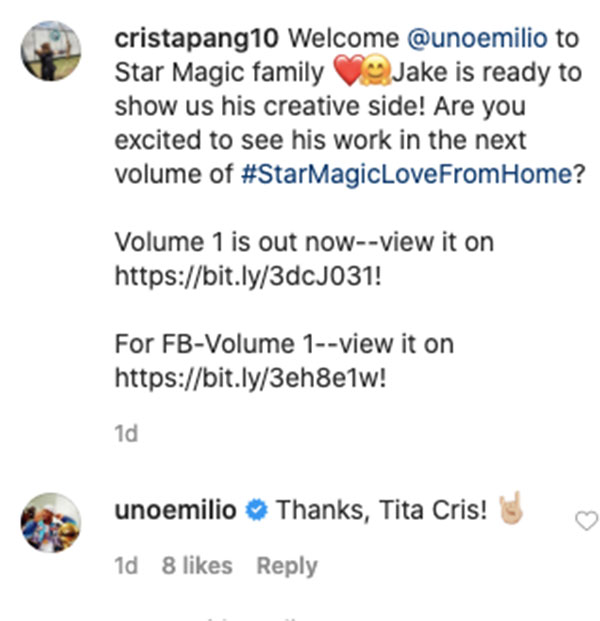 Jake is the father of Ellie, his daughter with actress Andi Eigenmann.

His first guest appearance happened in January 2016, where he played the third wheel to Alden Richards and Maine Mendoza in the segment “Kalyeserye.”

The episode trended on Twitter, and Eat Bulaga! tapped Jake to be the third wheel again to Alden and Maine in the noontime show’s Lenten drama special, God Gave Me You.

In February 2020, it was announced that Jake will be part of a movie titled Coming Home, to be produced by talent manager Arnold Vegafria.

Among his co-stars would be Sylvia Sanchez, Senator Jinggoy Estrada, Martin del Rosario, Edgar Allan Guzman, among others.