The King: Eternal Monarch from the point of view of Pinoy teleserye writer 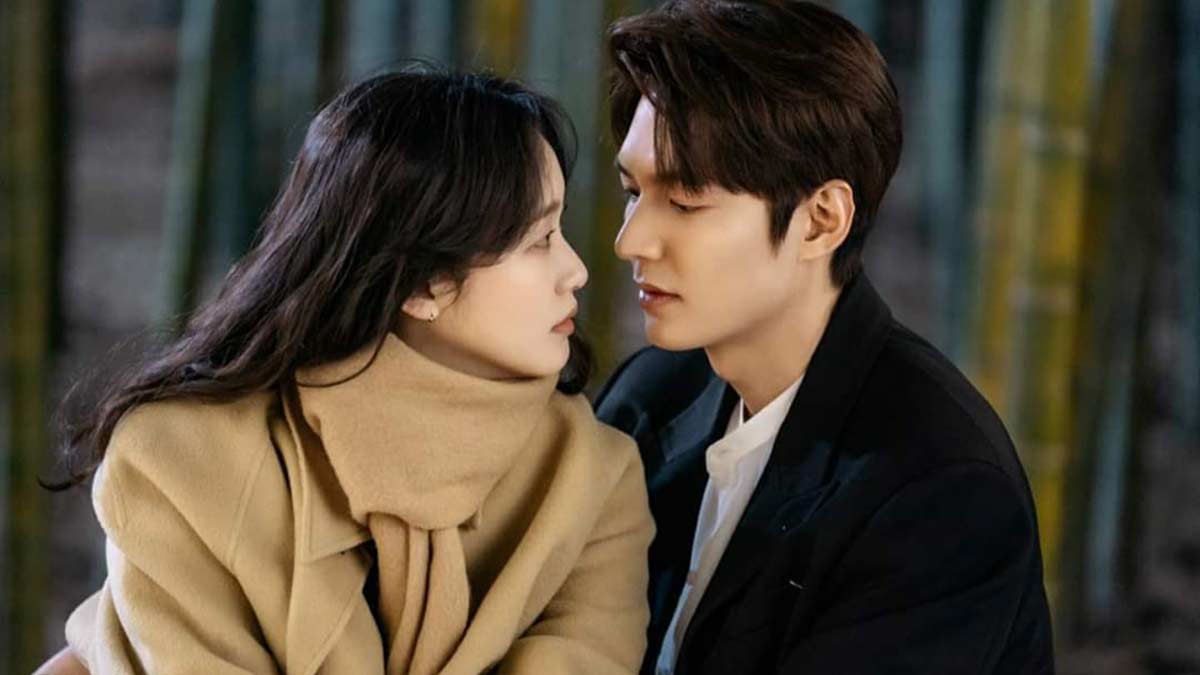 Despite a not-so-favorable review from Ai-Ai delas Alas, fans must have sat through every episode, trying to read the subtitles while swooning over Min Ho's good looks.

However, I am not exactly a big Min Ho fan. This is why I thought I would wait for other reviews before taking a plunge into The King's world—or worlds, for that matter.

Tagged as a romantic fantasy, The King: Eternal Monarch is the story of nobleman King Lee Gon (Lee Min Ho) who falls in love with Detective Jeong Tae-Eul (Kim Go-Eun). Tae-Eul is a hard-nosed cop from a parallel universe, the Republic of Korea, which is like the modern Korea that we know.

Despite Lee Gon's out-of-this-world entrance on a regal white horse and diamond studded jacket, Tae-Eul refuses to believe that he is the king of the Kingdom of Corea, much less in the existence of that world. Until, that is, he takes her with him and she sees it for herself. Lee Gon easily travels between the two worlds with the help of the Manpasikjeok.

The show's premise led me to read up on the mythology behind the K-drama.

According to Google, there is a Korean legendary tale about a magical bamboo flute called the Manpasikjeok, an important cultural symbol with religious, political, and historical significance.

The King is rich in Korean historical and cultural references, but it also makes a literary reference to Alice's Adventures in Wonderland.

Screenwriter Kim Eun-Sook cleverly uses the familiar reference of chasing a "rabbit" down the "rabbit hole" to prepare us for His Majesty's eventual crossing to the parralel universe.

Like the other K-dramas written by the same screenwriter, The King showcases writer Kim’s brilliance. She is able to combine mathematics, science, history, and mythology in one epic Koreanovela.

However, it may be to the point that one could get lost in too much information. I allow myself to get lost in Min Ho’s eyes when King Lee Gon, who is also a mathematician, starts rambling about Einstein's theory of quantum mechanics.

In our local industry, we’d refer to such themes as “masyadong mataas” (high-brow), and ordinary viewers—the Aling Tacings who buy the detergent bars and noodles in the commercials that make these shows financially viable—would have a hard time grasping their narrative.

In other words, The King: Eternal Monarch would barely get the nod of the approving council if it were pitched here. That is not to say that our local creators and producers wouldn’t try. I imagine it’s the kind of fantasy-themed, culturally- and historically-rich, challenging story that Mark Angos (Bagani, 2018, ABS-CBN) and Suzette Doctolero (Amaya, 2011; Encantadia, 2016, GMA-7) would love to dabble their pens in.

Mind-boggling as it is, The King: Eternal Monarch is binge-watch worthy, if only for Lee Min Ho. You just have to persevere through the first half of episode one before you get to see his face at exactly 32:22.

His chemistry with Kim Go-Eun doesn't fail to make me sigh, but it’s the bromance between King Lee Gon and his loyal aide, Jo Yeong, that comes as a delightful surprise.

Woo Do-hwan has been tagged by some reviewers as a scene-stealer, and rightly so. The contrast in his character as he shifts between universes showcases the range of his talent, as he easily goes from serious to happy-go-lucky.

Finally, The King: Eternal Monarch features the tatak-Korea cinematography that makes you wish you could travel safely again and walk the cinematic streets of Seoul in your winter clothes.

She is currently one of the writers of Maalaala Mo Kaya, the longest-running drama anthology in Asia.