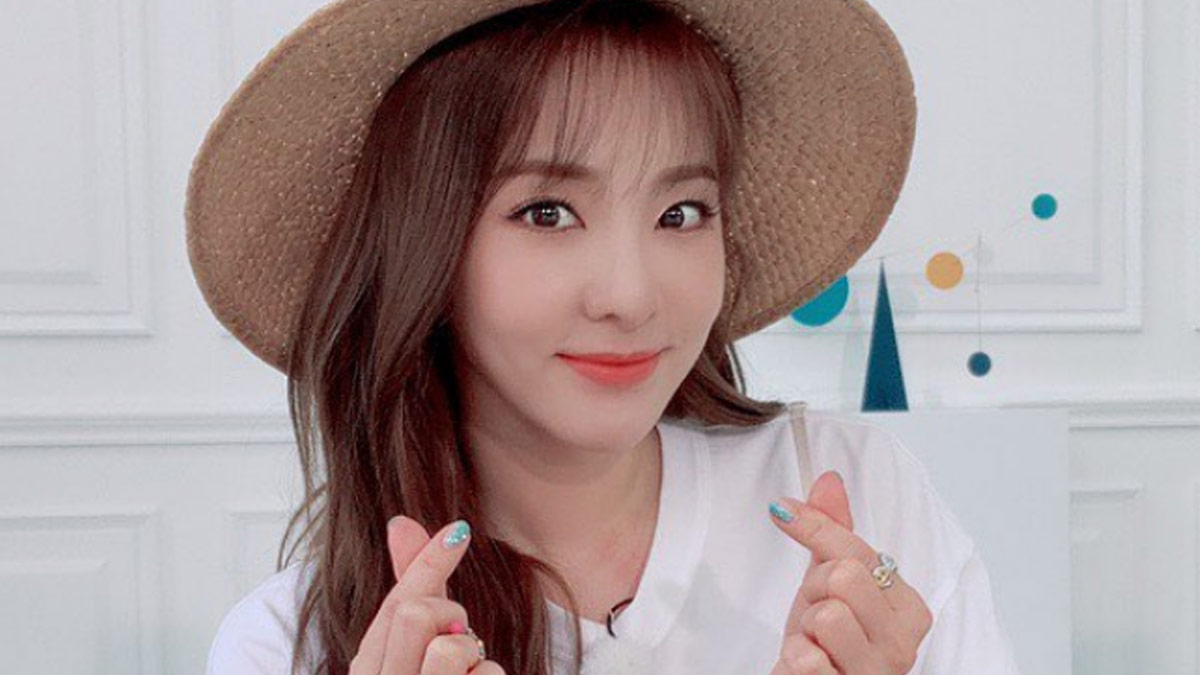 Sandara Park became a trending topic on Twitter after she spoke in Filipino in the latest episode of VideoStar, a South Korea weekly show that she co-hosts.
PHOTO/S: @daraxxi on Instagram

Sandara Park has been a trending topic on Twitter over the last two days.

This was after she spoke in Filipino In the latest episode of VideoStar, which airs on MBC EveryOne channel in South Korea.

For the show's 207th episode, they invited actresses known for portraying mother-in-law roles in K-dramas and movies.

Dara, as Sandara is also called, did an acting challenge with Soo-rin.

Soo-rin played the role of a mother-in-law who didn't like her daughter-in-law, played by Dara.

The whole room laughed when she said, "I want a divorce," in Korean.

Dara's fans were also happy to hear her speak in Filipino.

Meanwhile, Filipino Blackjacks, the fandom name of Dara's former group 2NE1, is excited about her new music video, which will be released this August on her YouTube channel Dara TV.

In the vlog she uploaded on Monday, July 27, a teaser was shown, and it was shot on a rooftop.

Dara said, as translated in English, "I'm here to film something special. But the wind blows like crazy. I did care so much about my hair and makeup and wearing this full outfit for this shooting..."

The words "Remember in August" were also flashed on the screen.

The music video was for Dara's version of the song "Like A Dream," from TvN's hit drama series Another Oh Hae-Young. The song was originally performed by BEN.

Dara was cast as one of the lead characters of the series' musical adaptation, which premiered in March 2020 at the Seokyeong University Performing Arts Center.

Dara actually started her showbiz career in the Philippines, appearing on TV and movies.

She first came to fame after placing as runner up in the ABS-CBN reality artista search, Star Circle Quest, in 2004.

She endeared herself to Pinoy fans quite easily, not only because she was cute, funny, and unpredictable, which earned her the moniker "Pambansang Krung-Krung ng Pilipinas," but because she quickly mastered conversational Tagalog.

This is the Tagalog she brought to Video Star, the Korean show she co-hosts today.

Sandara returned to South Korea in 2009, and joined the K-pop girl group 2NE1, where she took the stage name Dara.

2NE1 has produced several chart-topping hits, including "Fire," "I Am The Best," "I Love You," and "Come Back Home."

The group announced their disbandment in November 2016. When the news came, Dara was in the Philippines to be a judge for Pinoy Boyband Superstar.

Sandara continues her career as actress and TV host in South Korea.

She recently had a cameo role on the K-drama series Dinner Mate.