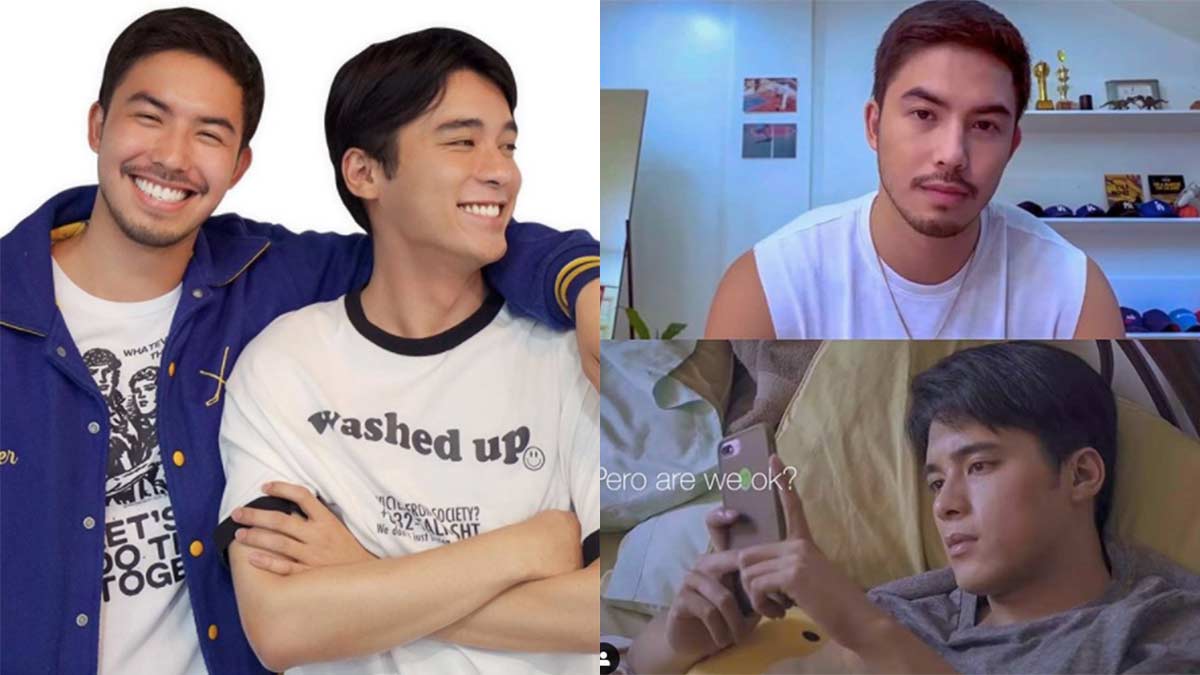 Tony Labrusca (first frame, left) to the netizen who said JC Alcantara (first frame, right) needs to attend an acting workshop: "well to each their own, but I think JC is doing a great job"
PHOTO/S: @imjcalcantara on Instagram / Hello, Stranger

Tony Labrusca responds to a netizen who commented that his team-up with JC Alcantara has no chemistry.

The caption mentioned that a finale fan conference will be held on August 16, where attendees can already watch the final episode.

The netizen clarified, “Im a fan [of] your series and movies. But this one, sorry (peace sign). 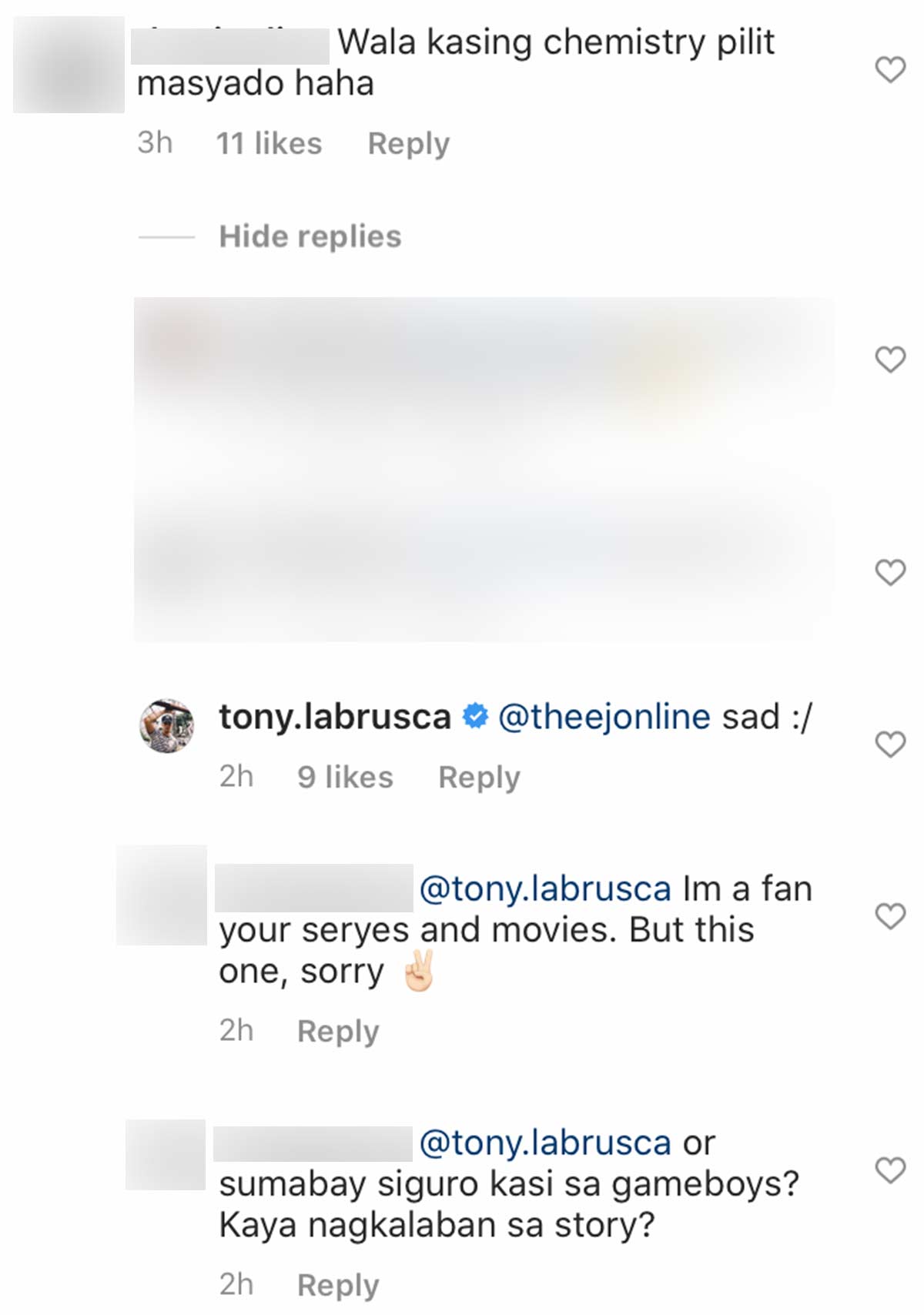 The netizen added that Tony should have been paired with another actor, and suggested JC should have taken an acting workshop before stepping into the role.

Tony quickly defended JC from the netizen, saying, “Well to each their own, but I think JC is doing a great job :)” 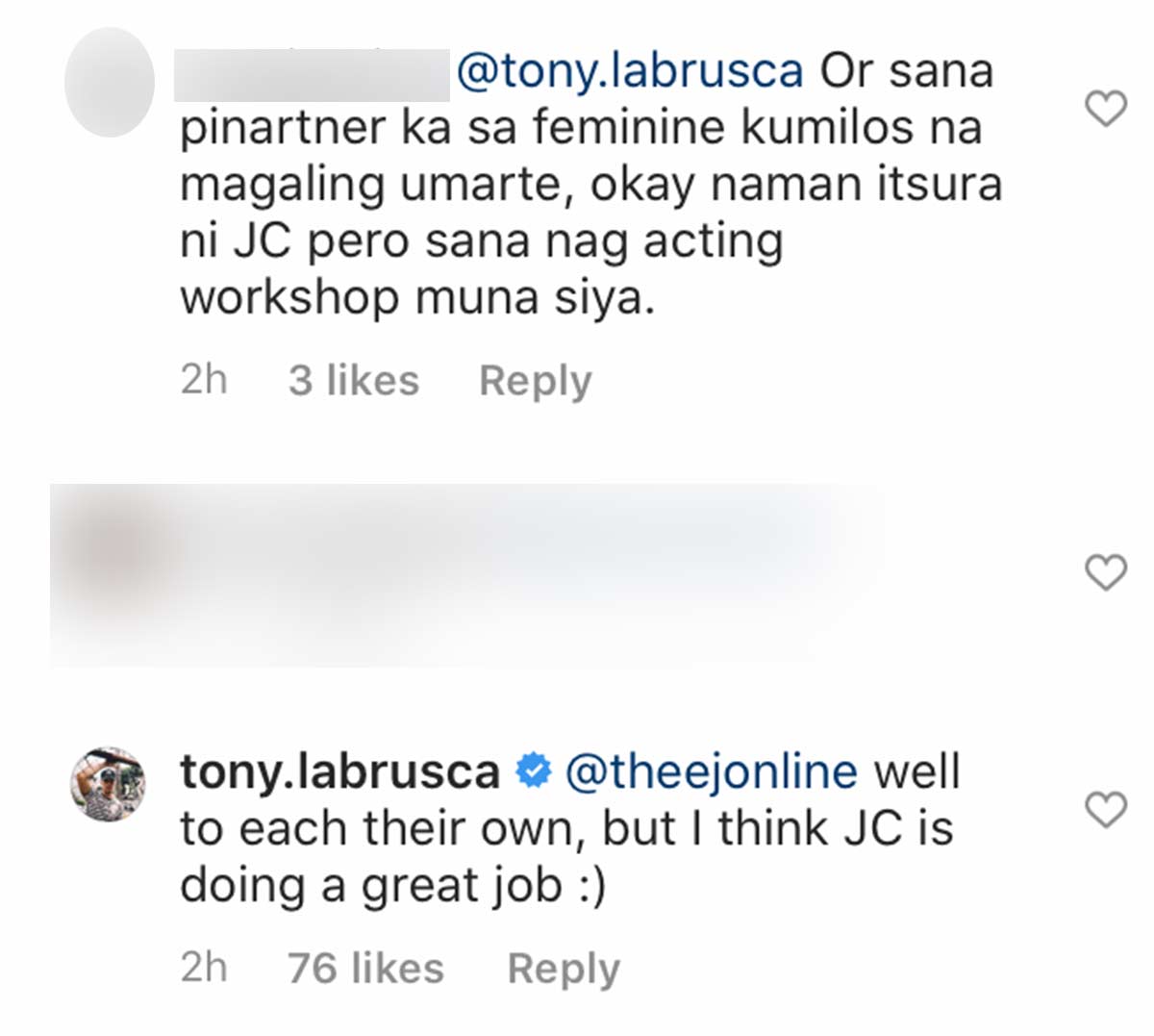 Tony and JC’s team-up is called XavMi, short for their character names in Hello, Stranger: Xavier (Tony) and Mico (Mico).

JC GREETS TONY ON HIS BIRTHDAY

JC dedicated an Instagram post to Tony with a photo of them that was taken when they were about to shoot scenes during the general community quarantine.

Tony replied to JC’s greeting and said, “JC !! Dude .. thank you. I appreciate this and you [smiley and heart emoji]”