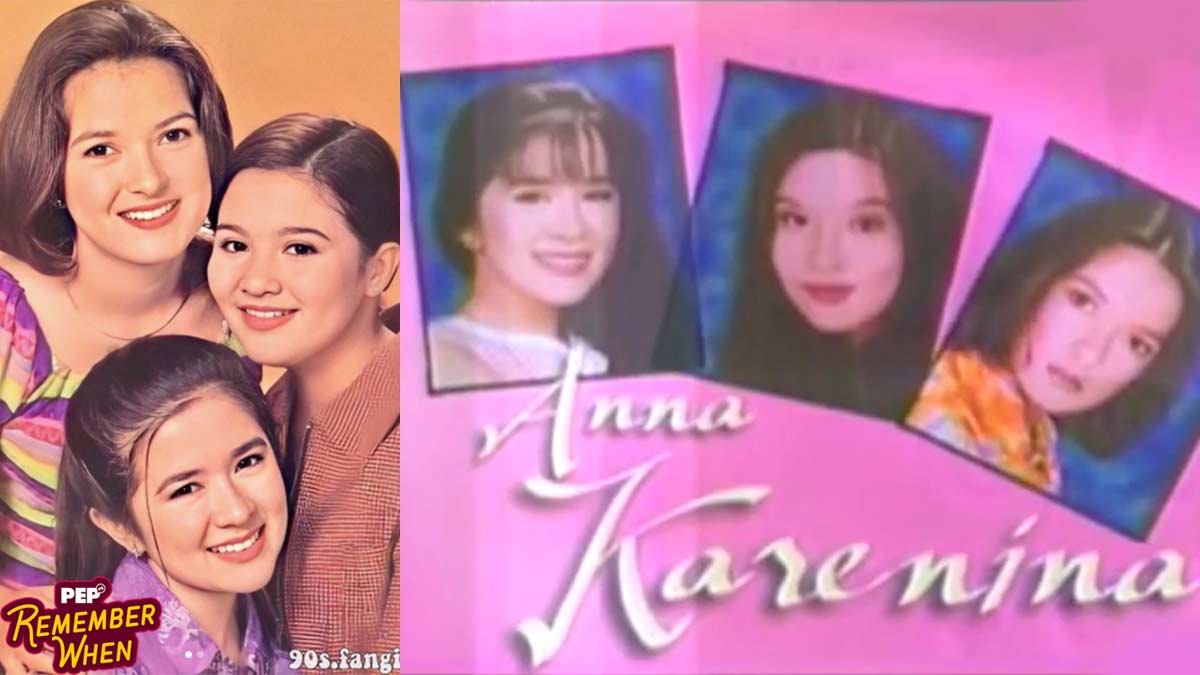 It was the TV program that replaced the long-running drama anthology Lovingly Yours, Helen, which was hosted by Princess Punzalan after the death of her mom Helen Vela in 1992.

On Saturday, August 15, 2020, Antoinette took a trip down memory lane via Instagram, when she posted a photo of her, Sunshine, and Kim.

The photo, originally posted by @90s.fangirl, was used for the publicity of the series.

Antoinette wrote in her caption (published as is), “#Throwback to my 16 year old self! Can anyone remember the full name of this character that I portrayed for many years? Clues below! Thank you so much for this wonderful nostalgic edit @90s.fangirl!

Anna Karenina is not based on Russian author Leo Tolstoy’s classic novel of the same title.

Rather, it tells the story of Anna Karenina Monteclaro, the missing heiress of the Monteclaros.

Three girls then come into the Monteclaro mansion, each with strong evidence that one of them is the missing Anna Karenina.

In a previous interview with PEP.ph (Philippine Entertainment Portal) in February 2019, Sunshine revealed that every year during its run, GMA-7 and VIVA Television would plan to put an end to the show.

But then, higher-ups would change their minds because the ratings kept going up.

In 2000, Antoinette decided to leave Anna Karenina for an acting opportunity in the United States. Tanya Garcia came in as Dingdong’s new love interest.

In 2001, Antoinette returned as a guest actor, portraying a different character, when she visited the Philippines.

In the last few months of Anna Karenina, Kim also decided to leave the program and showbiz altogether.

Sunshine remained in the program until its last episode on April 28, 2002. The program was then replaced by GMA-7’s network-produced drama series, Kahit Kailan.

In 2013, GMA-7 produced a remake of Anna Karenina, with Krystal Reyes, Barbie Forteza, and Joyce Ching in the roles of Anna, Karen, and Nina, respectively.