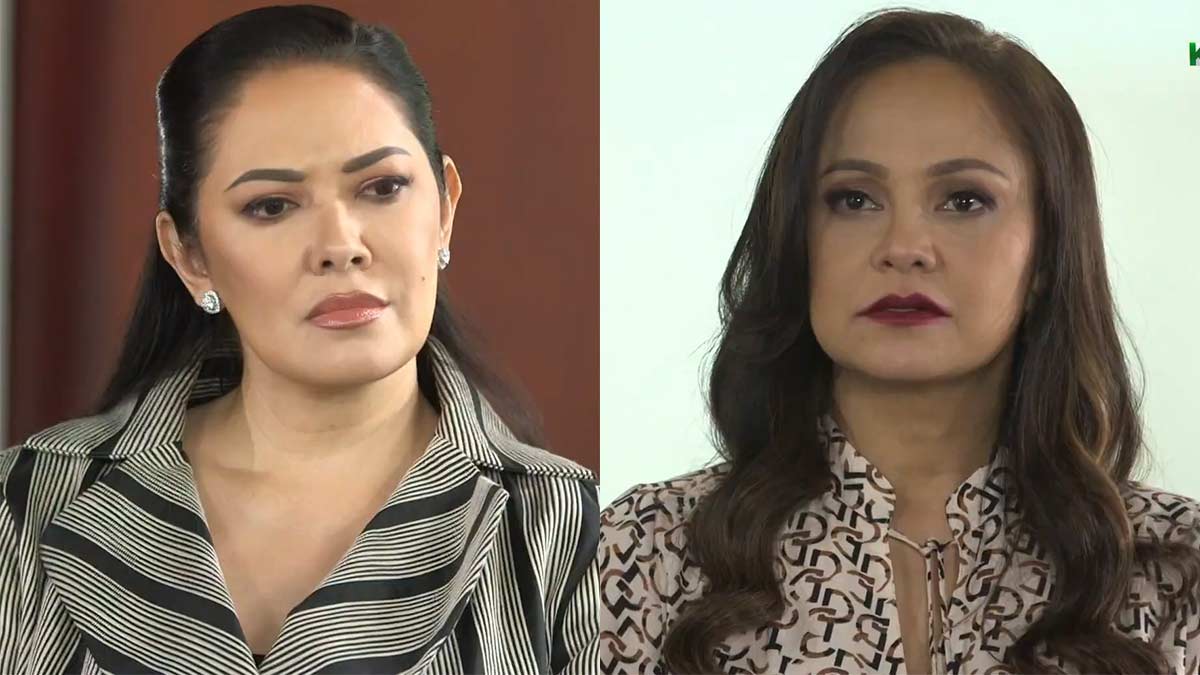 Ruffa Gutierrez (left) and Eula Valdes (right) are proud of Love Thy Woman which has reached 25,000 viewers on Kapamilya Online Live and ranks first on iWant.
PHOTO/S: Love Thy Woman (ABS-CBN)

Now that Love Thy Woman is moving toward its last three weeks on the Kapamilya Channel beginning August 24, the three glamorous mommas in the show—Ruffa Guttierrez, Eula Valdez, and Sunshine Cruz—look back with gratitude in their hearts.

Top-billed by Kim Chiu, Yam Concepcion, and Xian Lim, Love Thy Woman topped the most-watched programs on iWant immediately after it began showing on ABS-CBN's live streaming platform on June 15, 2020.

Its real-time viewers on Kapamilya Online Live have also reached more than 25,000 users.

During the Love Thy Woman Chikahan session with Sunshine, Eula, and Macoy Dubs on Kapamilya Online Live on Friday, August 21, Ruffa thanked viewers for continuing to watch their TV show.

She said, “Ako, gusto ko lang sabihin na talagang all of us, in behalf of all of us, gusto naming magpasalamat sa inyong lahat na hindi kayo bumitaw sa amin.

“We can see the numbers and it’s growing every day. So, I think the future is now digital, so nandiyan po kayong lahat, it’s streaming, and nakatutok pa rin silang lahat sa atin.”

Love Thy Woman is the first teleserye to air its finale on ABS-CBN’s new broadcast platforms: Kapamilya Channel on cable and satellite and Kapamilya Online Live on YouTube and Facebook.

The series premiered on February 10, 2020 on ABS-CBN’s Kapamilya Gold block.

On March 23, 2020, Love Thy Woman had an airing break after ABS-CBN halted production of its entertainment and drama programs due to the COVID-19 pandemic.

ABS-CBN decided to air replays of its past programs in the time slots of its drama programs.

On May 5, 2020, ABS-CBN stopped its broadcast operations after the National Telecommunications Commission issued a cease-and-desist order following the expiration of the network's congressional franchise.

Love Thy Woman is one of the three programs that resumed airing via the Kapamilya Channel on June 15, 2020.

The other two were A Soldier’s Heart and FPJ’s Ang Probinsyano.

Before the pandemic, Love Thy Woman had put in the can four weeks worth of episodes.

Sometime in June 2020, the cast began its month-long lock-in taping for the remaining episodes of Love Thy Woman.