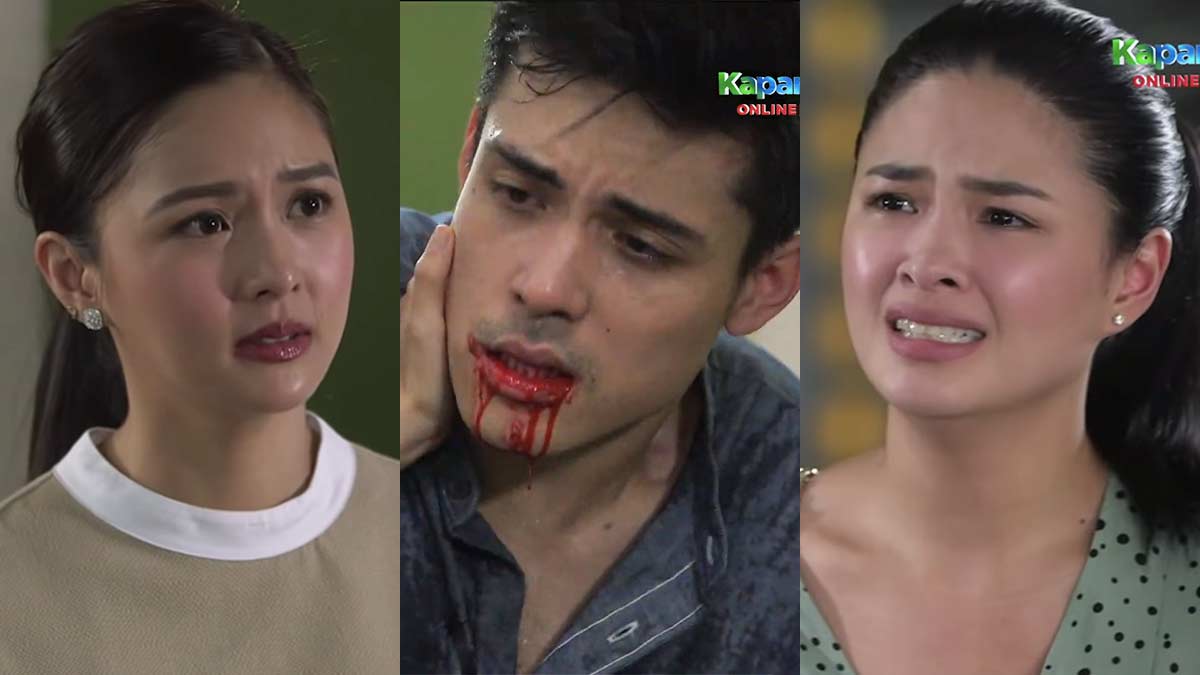 Directors Andoy Ranay and Jojo Saguin (not in photo) drop few hints on what to expect from the final episode of Love Thy Woman, starring (L-R) Kim Chiu, Xian Lim, and Yam Concepcion.
PHOTO/S: Love Thy Woman (ABS-CBN)

ABS-CBN’s Love Thy Woman is the first teleserye to air its finale in the time of COVID-19 pandemic, where new protocols for tapings are being followed to ensure safety on set.

Lock-in tapings have become the norm. The cast and production crew of 50 to 70 people are together for at least a month, staying in one hotel and going to limited locations.

Because only a few number of people are allowed on the set, there are also limitations in doing scenes, especially the ones that involve accidents, blasting, and parties.

Usually, in the finale of hardcore drama shows, blasting and bombings are staples.

Love Thy Woman won’t have any of these for its last episode on September 11, but expect the “pasabog” acting of its cast led by Kim Chiu and Yam Concepcion, along with Xian Lim, Ruffa Gutierrez, and Eula Valdez.

This is according to Andoy Ranay, one of the series' two directors.

Direk Andoy and his co-director in Love Thy Woman, Jojo Saguin, described how they shot the final episodes in a virtual press conference held on September 2.

According to Direk Jojo, it was a challenge directing a series in the “new normal.”

First, daily tapings are only limited to 12 hours.

Second, scenes are taped by “cluster,” which means that per location, an actor has to finish all his or her scenes for that day.

This means that there's no room for “tengga” or “stand by” or pahinga except when the next sequence has to be set up.

Since planning has never been this crucial, scripts until the last episode have to be finished, so the producers and directors can plan ahead which scenes to group and tape.

Direk Andoy thanks the management of ABS-CBN for giving the series the chance to reach its finale.

He said, “We are so blessed that ABS has been very very supportive to us, especially during the lock-in taping.

“Pero wala, they faced it head on, that’s why I salute all of them. Good job!”

In the last two days of Love Thy Woman, the show’s love triangle: Jia (Kim), Dana (Yam), and David (Xian) have a tragic confrontation in the parking lot of Dragon Empire’s building.

Jia and Dana are sisters who got into a longstanding fight after Jia had an affair with David, Dana’s ex-husband.

Dana, who has not gotten over David yet, then threatens their lives, going as far as pointing a gun at them.

The confrontation ends with David getting shot, and professing his love for Jia.

But who shot David?

This is the cliffhanger given that the Wednesday episode shows a murderer who is trying to hunt down Dana and Jia.

THE MOST-WATCHED TV SHOW ON iWant DURING PANDEMIC

Love Thy Woman is the first teleserye to air its last episode after the shutdown of ABS-CBN.

Originally airing on ABS-CBN since February 10, 2020, the series had an airing break from March 23 to June 12, 2020, when Luzon was placed under lockdown.

In the middle of its airing break, on May 5, 2020, ABS-CBN stopped its broadcast operations after National Telecommunications Commission (NTC) issued a cease and desist order following the expiration of the network’s congressional franchise.

Its real-time viewers on Kapamilya Online Live also reached more than 50,000, its biggest number so far.