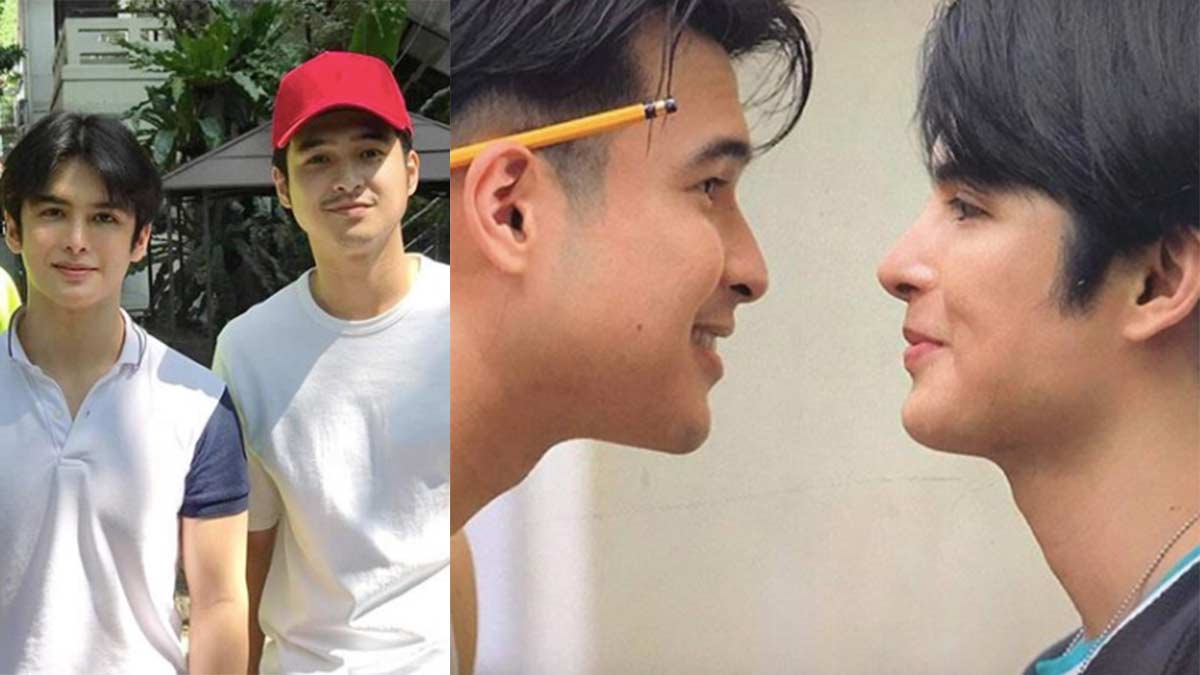 This is because of Jerome's successful teamup with Yves Flores in the Kapamilya prime-time series A Soldier’s Heart.

Jerome and Yves are now being tagged as PhilJie, which is derived from their characters Phil and Benjie, respectively.

As early as now, netizens following the Kapamilya series have begun comparing Teejay and Jerome’s team-up to PhilJie.

Despite feeling the pressure, Teejay touts that BenXJim has engaging twists and turns that will pull in the viewers.

“But what I can say po is iyong Jerome and Teejay—#JayRome tandem—will offer a different flavor and kilig na dapat niyong abangan.”

A production of Regal Films and directed by Easy Ferrer, BenXJim is about two very good friends who end up as lovers.

He adds they have an easy working relationship, a convenience especially when the two are tackling their shared scenes.

It has helped too that before their lock-in taping, Teejay and Jerome were asked to rehearse the scripts together via video call.

BenXJim marks the first time the two actors are working in one project.

On September 8, Teejay posted a tender scene with Jerome from BenXJim with their faces near each other.

Will Teejay have a kissing scene with Jerome?

But, seriously now, he says, “This project is really an eye-opener to the audience.”

The entire cast and staff of BenXJim were locked in for a two-week taping, which was a whole new experience for Teejay.

He narrates, “Sobrang nanibago ako with the protocols ng shooting.

"All cast and crew ng BenXJim undergo swab test before we officially start the shooting.

“Sa set naman, all the people working behind the camera are wearing protective gears, like masks, and face shields.

“Then, we have this routine na every 30 minutes, we need to wash our hands with soap and sanitize with alcohol.

“We also observe social distancing sa set, and we have a small number of crew members than the usual. We also have separate rooms per actors and crews.”

Through it all, more important to Teejay than anything else is the contribution of doing a BL series to his growth as an actor.

“I know this project will help me more to improve my craft as an actor."