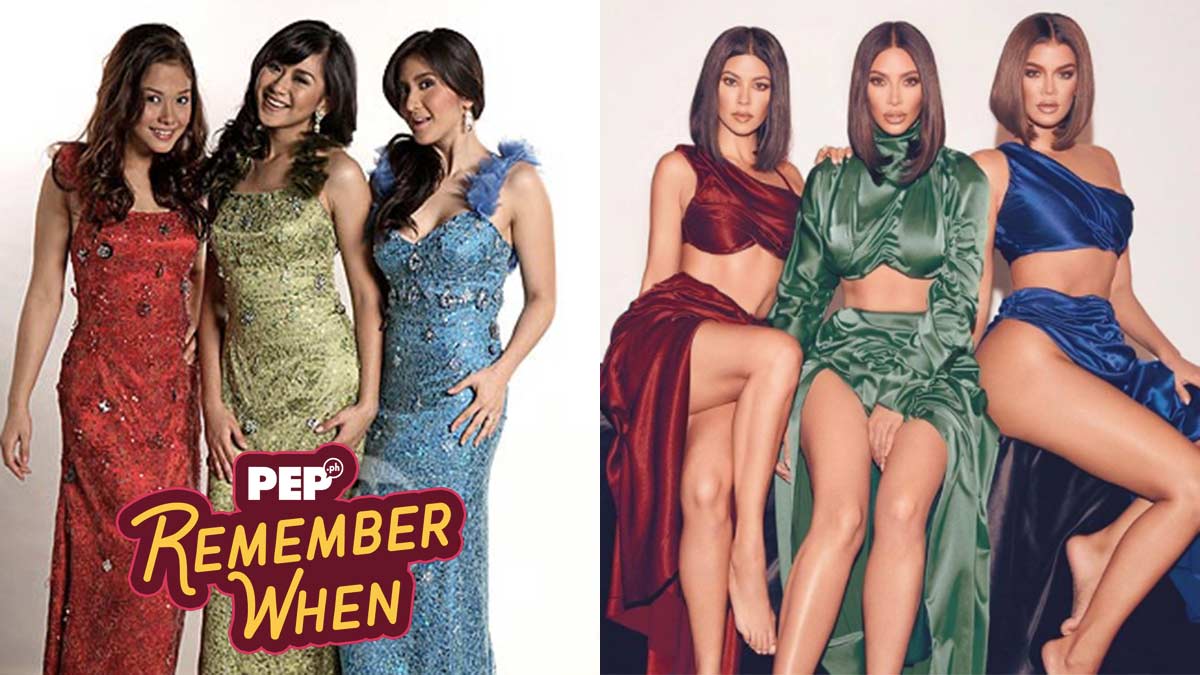 Maja Salvador notices the similarity between the Kardashians and her 2007 series, Pangarap na Bituin, where she, Sarah Geronimo, and Rica Peralejo played sisters.
PHOTO/S: ABS-CBN / @kimkardashian on Instagram

Seeing the latest photo of the Kardashian sisters sent Maja Salvador on a trip down memory lane.

It reminded Maja of the 2007 series Pangarap na Bituin, which she top-billed with Rica Peralejo and Sarah Geronimo.

The Kardashian sisters Kourtney, Kim, and Khloé were photographed wearing red, green, and blue, respectively, for a publicity shoot for the perfume collection KKW Diamonds II. The three sisters collaborated to create this latest fragrance under Kim's brand.

In Maja’s Instagram story posted on September 9, she grabbed one of the Kardashian’s photos and created a collage with the Pangarap na Bituin's publicity photo featuring herself, Rica, and Sarah.

The colors were based on the jewels related to their characters. Maja portrayed Ruby, Sarah was Emerald, while Rica’s name in the series was Sapphire. Their trio was called The Jewel Sisters.

Maja wrote, “Kardashians VS The Jewel Sisters.” She also tagged Rica and Sarah. 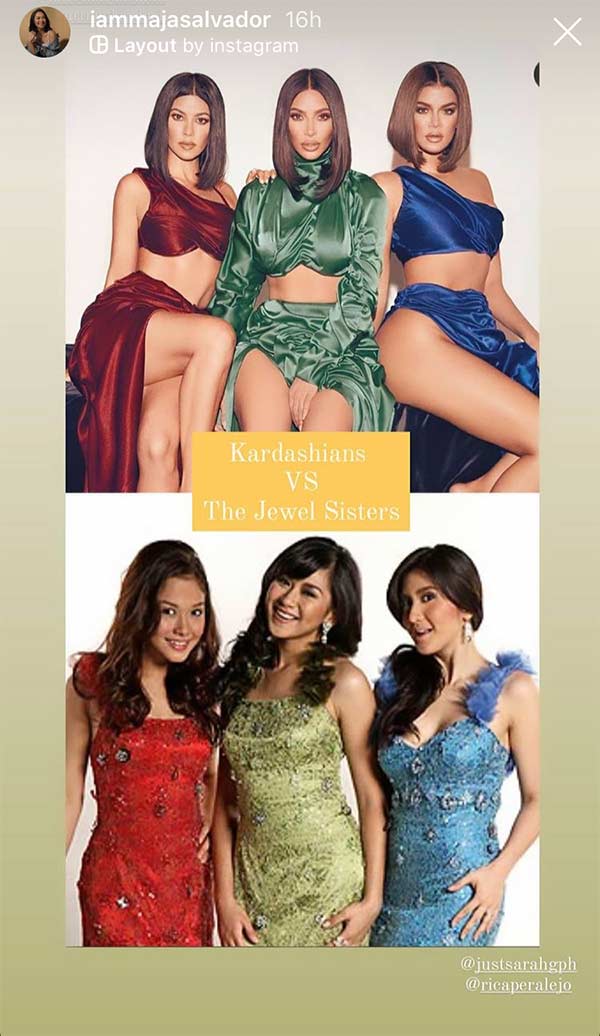 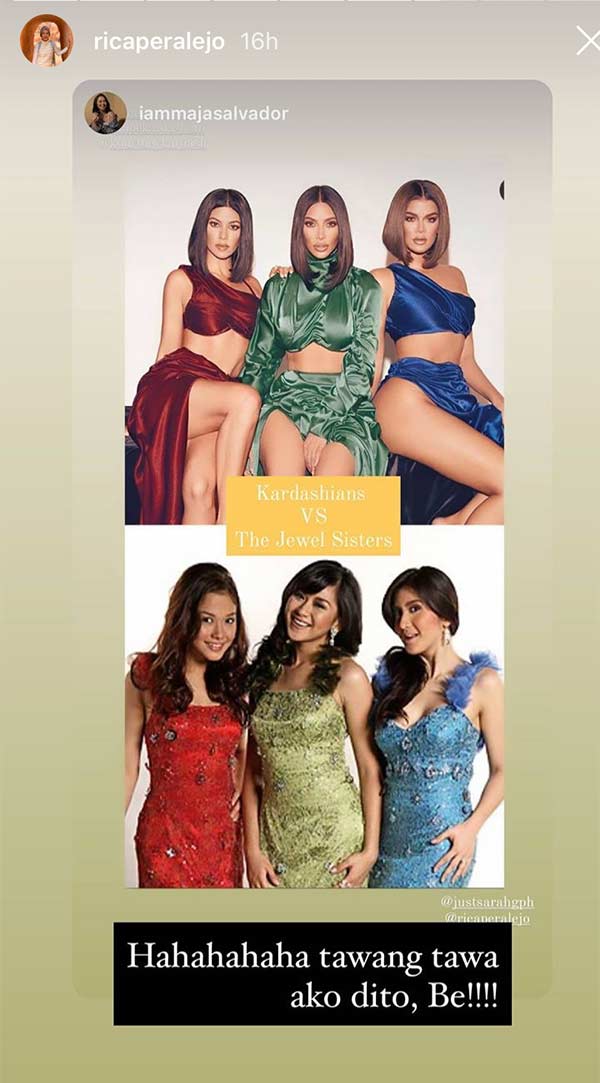 Pangarap na Bituin was a musical drama series produced by ABS-CBN. It aired from September to December 2007.

It told the story of three sisters—Sapphire (Rica), Emerald (Sarah), and Ruby (Maja)—who were separated because of a tragic earthquake.

The three eventually reunited because of music, and became a popular group called The Jewel Sisters.

However, deceit and rivalry destroyed their relationship.

Emerald and Ruby later found out that Sapphire was an impersonator, and the real Sapphire (Nikki Gil) was in a mental institution.