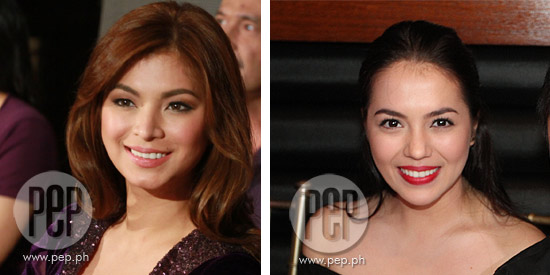 ABS-CBN has been chosen as the TV station of the Year by Gawad TANGLAW, an award-giving body composed of members of the academe.

This group of academicians also chose DZMM - AM (630) as Radio Station of the Year.

DZMM Radyo Patrol (630) also emerged as the Best AM Station while Yes FM (101.1) was chosen as the Best FM Station.

In the Television category, Angel Locsin and Julia Montes tied for the Best Actress award.

Angel was cited for her portrayal of a scorned wife in The Legal Wife while Julia won for bringing life to a loyal friend and secret admirer in Ikaw Lamang.

Kapamilya stars Piolo is the lead actor of Hawak Kamay while Coco was also recognized for the multi-generation drama series Ikaw Lamang.

TV5 actor Martin Escudero was recognized for playing an HIV patient in Positive.

In the film category, the top acting awards went to Nora Aunor and Angelica Panganiban as well as Allen Dizon.

Continue reading below ↓
Here is the list of winners for the 13th Gawad Tanglaw in the TV category:

6. Radio Station of the Year