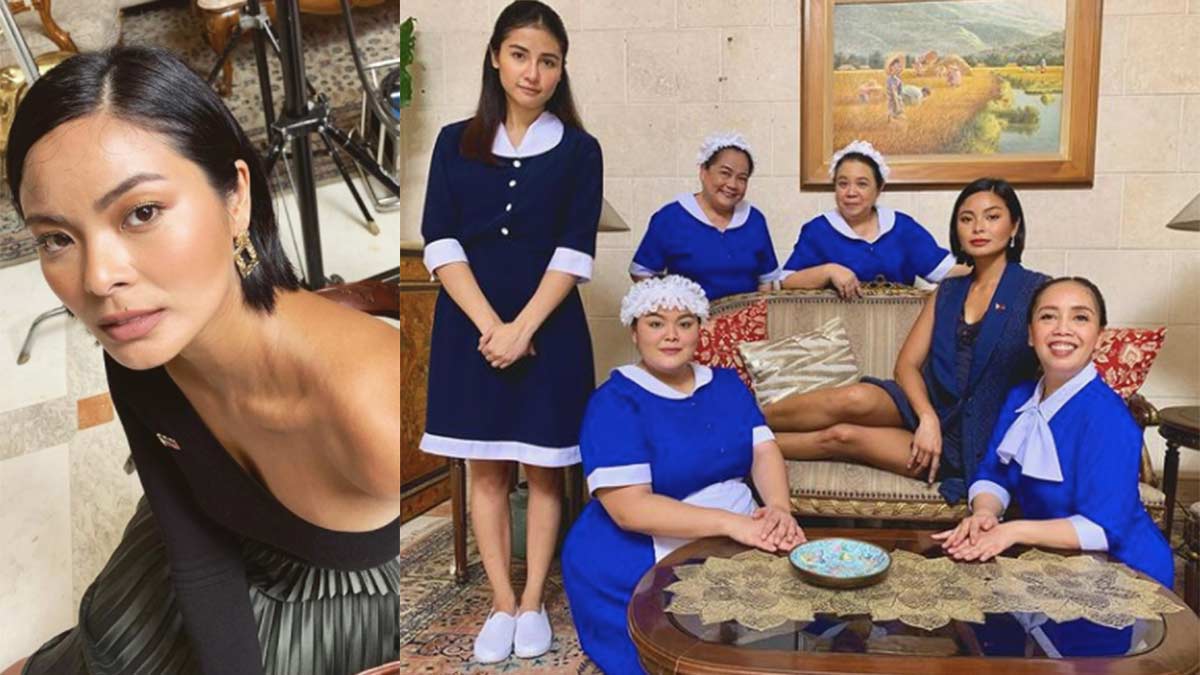 Maxine Medina is now a Kapuso. She is joining the cast of First Yaya, which is top-billed by Sanya Lopez.
PHOTO/S: @maxine_medina on Instagram

She is joining the cast of the upcoming Kapuso prime-time series, First Yaya.

Maxine recently took to Instagram with some photos taken during her lock-in taping for the series.

In her first post dated November 26, Maxine introduced her character as Lorraine.

Based on Maxine's caption, it looks like she will be the kontrabida to Sanya’s character.

Maxine wrote, “You are lucky that I included you to my photoshoot Melody. Next time not anymore... #firstyaya”

MAXINE MEDINA: FROM KAPAMILYA TO KAPUSO

Prior to joining Binibining Pilipinas and representing the Philippines in the Miss Universe 2016 pageant, Maxine played bit roles in TV and movie projects.

She was part of the 2014 movie Beauty In A Bottle, produced by Quantum Films and distributed by Star Cinema, a subsidiary of ABS-CBN Films.

After Maxine’s Miss Universe 2016 stint, she was cast in various ABS-CBN TV shows.

Maxine’s first TV project was the afternoon series Hanggang Saan, where she played third wheel to Arjo Atayde and Sue Ramirez’s characters. The series was shown from November 2017 to April 2018.

In October 2018, Maxine was tapped to play the leading lady of Jake Cuenca in the afternoon series Los Bastardos. The series received high ratings that its original 13-week run was extended to 11 months.

Her last ABS-CBN project was the iWant original series Beauty Queens with Gloria Diaz and Winwyn Marquez. It was shown in July 2020.