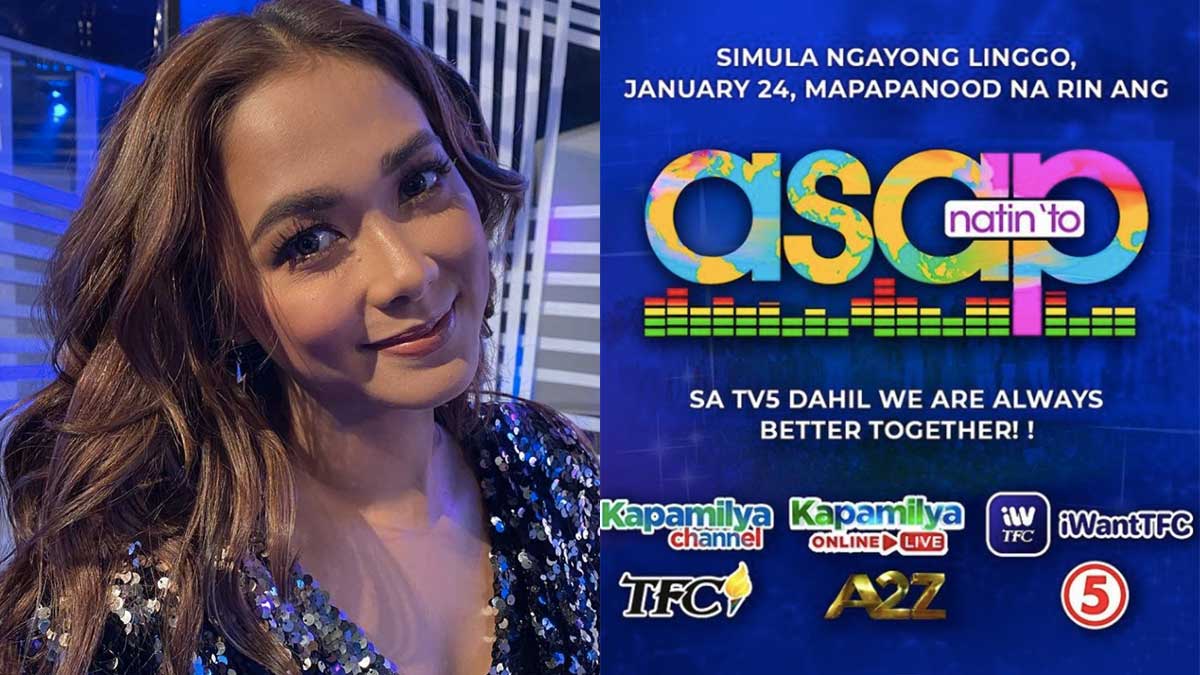 Maja Salvador is happy for her Kapamilyas in ASAP Natin ‘To.

The noontime show marks a new milestone this Sunday, January 24, 2021, as it begins its simulcast on TV5. ASAP Natin ‘To continues to air on ABS-CBN's other broadcast platforms like A2Z Channel 11 on free TV, Kapamilya Channel on cable, and Kapamilya Online Live on streaming.

The simulcast on the Kapatid network is made possible by a partnership forged among ABS-CBN, TV5, and Cignal Entertainment.

In her Instagram story, Maja reposted the official statement of ABS-CBN about its partnership with TV5.

She then added red, blue, and green heart emojis, the colors of ABS-CBN, as well as five praying hands emojis. 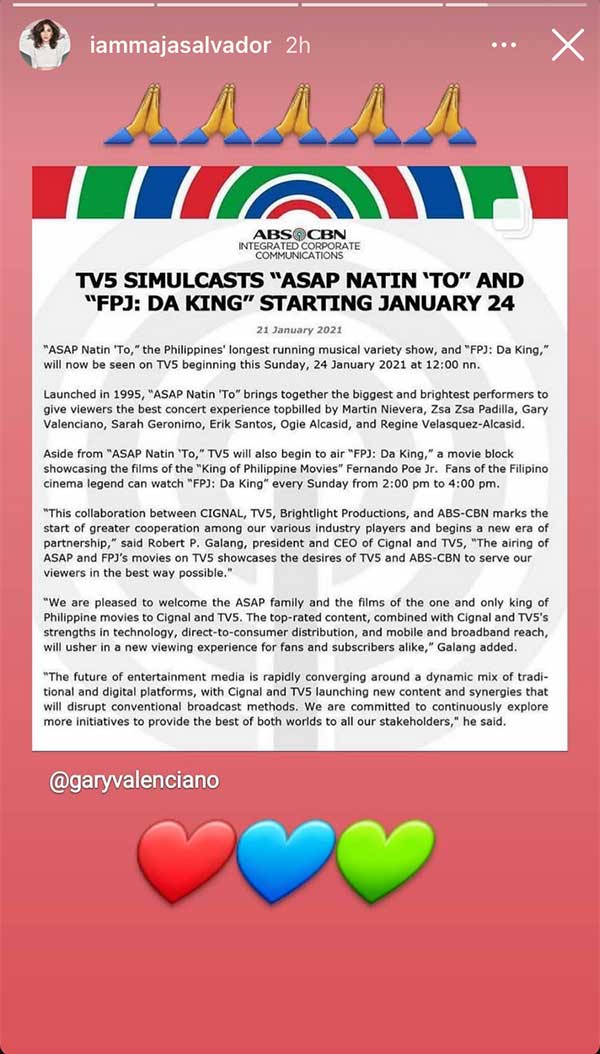 Maja used to be part of ASAP Natin ‘To before she joined SNL.

Aside from ASAP Natin ‘To, ABS-CBN’s movie block FPJ: Da King will also simulcast on TV5, taking over the timeslots of I Got You and Sunday Kada.

TV5 SUNDAY NOONTIME: FROM SNL TO ASAP natin 'To

After three months of airing, however, its Brightlight Productions, which is owned by Albee T. Benitez, announced its decision to pull the plug on SNL and another Sunday show, Sunday Kada.

Both aired their “season-enders” on January 17, 2021, as stated in Brightlight Productions’ announcement.

The romantic-comedy series I Got You, which was also part of Brightlight Productions’ Sunday block on TV5, aired its final episode a week earlier, January 10, 2021.

In an exclusive interview with PEP.ph, SNL director Johnny “Mr. M” Manahan revealed that he and his team were surprised by Albee’s decision to suddenly cancel SNL.

Mr. M then revealed that Albee’s decision came with the reason that SNL was not generating enough money to cover its expenses.

According to Mr. M, SNL was worth more than three million pesos per episode.

When Mr. M spoke to TV5 chairman Manny V. Pangilinan, he asked if they could still have a farewell episode.

However, Mr. M was told that the timeslot was already given to somebody else, which happens to be ASAP Natin ‘To, which he directed from 1995 to 2020.