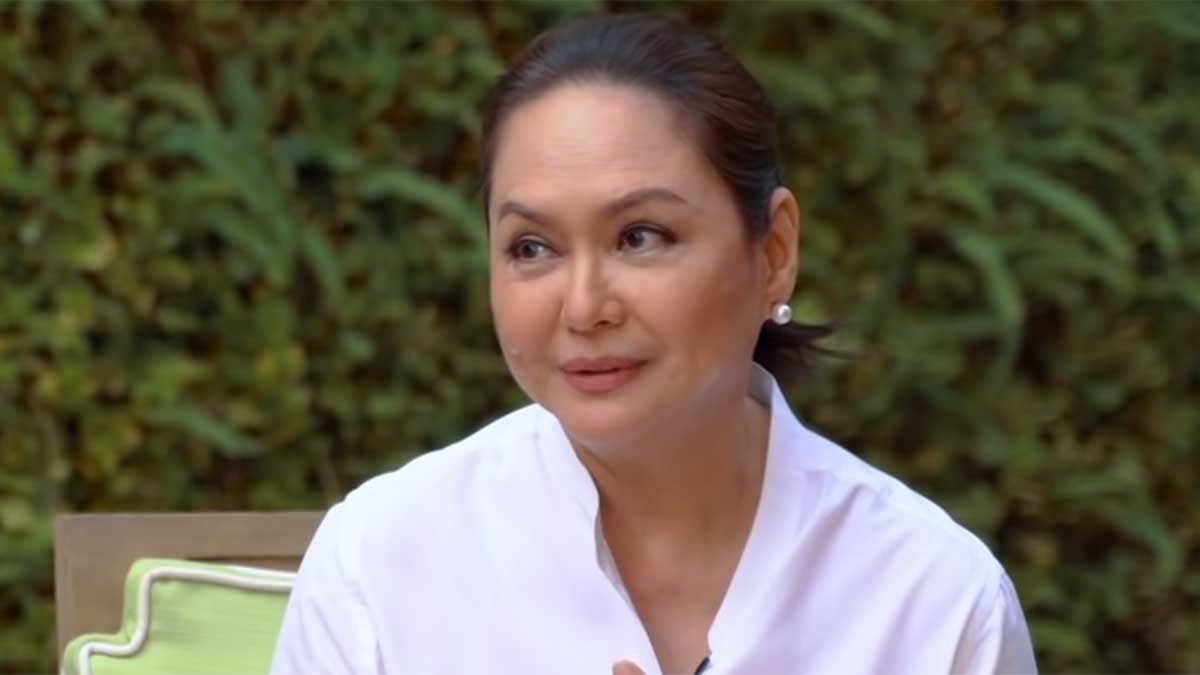 Charo Santos-Concio recalls the time she almost resigned from ABS-CBN: "I felt I was a failure and no longer worthy to be at the helm of my team."
PHOTO/S: ToniTalks on YouTube

But offscreen, she is one of the leaders of the Kapamilya network.

She rose through the ranks, starting from production consultant to programming director and, later, vice-president for entertainment.

In 2008, Charo was appointed president of ABS-CBN; the first woman to hold the position.

Her term as the corporation's president ended on January 1, 2016.

Currently, Charo is the chief content officer of the Kapamilya network.

During her interview in Toni Gonzaga’s YouTube show Toni Talks, Charo recalled two of the challenges she faced as the lady boss of the TV giant.

THE REOPENING OF ABS-CBN

Charo joined ABS-CBN in 1987, less than a year after the reopening of the network after its shutdown in 1972 because of Martial Law.

She recounted, “First, when we were number five out of five and we had to grow the business, mahirap iyan.

As Charo shared in her book My Journey, it was the late ABS-CBN President Eugenio “Geny” Lopez Jr. who invited her to join the network.

However, Freddie Garcia, then ABS-CBN’s general manager, did not believe Charo was a good choice to become a production consultant in TV production.

Freddie’s exact quotes in Charo’s book were: “What is she doing here?! There’s no place for her here!”

Toni then asked, how did Charo take these his words from Freddie?

“I know in my heart, I’m good. I should not be discouraged and I will show you.

“Instead of taking those statements as personal insults, I take them as a challenge to my ability as a person, to grow up, and to level up.”

Hence, Charo was able to prove Freddie wrong after she spearheaded the production of what would eventually become the network’s top-rating programs: Mel and Jay, Home Along Da Riles, and Maalaala Mo Kaya.

These shows, along with other programs, helped ABS-CBN jump to the number one spot.

In 2004, the bigger challenge happened. At the time, she was already the executive vice-president for entertainment.

Charo recalled in Toni’s interview, “The more painful instance was when we lost our leadership in Mega Manila.

“From being number one for 17 years, we dropped to number two in Mega Manila.”

The TV network was also affected by the economic crisis. Advertisers lessened the placements, forcing the network executives to cut down on operational expenses.

At the time, rival network GMA-7 was beefing up its programming.

Charo recalled in her book, "Our solid hold on the Top 20 shows began to slowly slip away. Our rival, GMA-7, started to close in on the lead we had for over a decade."

This prompted Ma'am Charo and her team to revamp most of their shows and focus on doing teleseryes, which audiences clamored for at that time.

Production costs ballooned with these innovations, particularly the fantaserye genre, which was jumpstarted by Claudine Barretto’s mermaid series, Marina.

She said in her book, "Despite our efforts to tighten our belts, our production budget was fifty percent more than the usual teleserye."

Marina's reign in its timeslot was threatened by the launch of GMA-7's fantasy series, Mulawin. It depicted a world of winged humanoids led by Richard Gutierrez and Angel Locsin.

The Kapamilya Network then produced another fantasy series, the superhero-themed show Krystala (2004) starring Judy Ann Santos. However, according to Ma'am Charo, "Our budgets were thin and we were emotionally spent.

"In the heat of the battle, what I had feared became very obvious. We began to lose our sense of story.

"We were being hammered about ratings, cost control, and profit so incessantly that we forgot about our emotional connection to our audience."

Gabby Lopez, who was the network's president at that time, hired former AC Nielsen executive Vivian Tin to head the research and business analysis department of ABS-CBN.

Toward the end of October 2004, Vivian broke the news that ABS-CBN was no longer the top TV network in the Philippines: “Hindi na tayo No. 1. We are now No. 2.”

Charo continued in her book, "GMA-7 had taken the lead on all the top 20 time slots, including the coveted prime-time slots.

"TV Patrol lost to 24 Oras, Marina lost to Mulawin, and Krystala just couldn't gain enough momentum. The gaps in the lead were devastating."

While some people in the room were in denial or angrily disputed the results, Ma'am Charo simply said, "Tanggapin na natin. Nunmber two na tayo."

The plunge in the ratings had a negative impact on the female executive.

As Ma'am Charo put it in her words, "For the very first time in 16 years, many of us felt embarrassed to be part of ABS-CBN. We took the bad news personally."

In November 2004, Charo's team was in the middle of trying different programming strategies when Gabby invited her team to dinner.

The dinner included the business unit heads of Entertainment Group and TV directors.

Also at the dinner was Cito Alejandro, whom Gabby hired as the network’s new president.

Charo expected that it would be a night of fun, saying that it was a “chance to kick back and relax among my fellow battle-weary comrades.”

However, the exact opposite happened when Gabby called their attention.

The executive-actress recalled in her book, "I don't remember exactly how he phrased it, but I thought I heard him say: 'I want to talk about what's wrong with production. You have to change the way you are doing things. How could you let this happen, Charo?'"

The exchange of ideas and discussion did not go very well, leading to a shouting match and everyone walking out of Sir Gabby's house.

Ma'am Charo continued, "Gabby caught up with me as we filed out of his home. He tried to reach out and make sense of my silence.

The ratings fiasco weighed heavily on Charo, who believed that she was to blame for this development.

"We became number two on my watch. There was no one else to be held responsible but me."

Charo wrote that as she took the loss to heart, she did the unthinkable: "I wrote a resignation letter, which I asked my executive assistant, Linggit Tan, to hand carry to Cito and Gabby.

"I felt I was a failure and no longer worthy to be at the helm of my team."

Gabby and Cito did not accept her resignation and just told her to take the time she needed.

That was when she was diagnosed with depression.

Charo narrated in her interview with Toni, “I really took it to heart. Dropping to number two was a rejection of my person, medyo ni-relate ko sa pagkatao ko, ‘What am I here for? I’m a failure.’

“It really dragged me down and I really wanted to quit. I thought it was not the right place for me anymore, to continue working.

“So I had to find myself again.”

She then went through talk therapy and after four months, as Charo wrote in her book, “I emerged from my soul-searching a new person.”

Charo told Toni, “It was also the most liberating chapter of my life when I looked myself in front of the mirror and accepted the person that I am.