Jake Ejercito, Alex Gonzaga, other celebs all hepped up about "Friends: The Reunion" 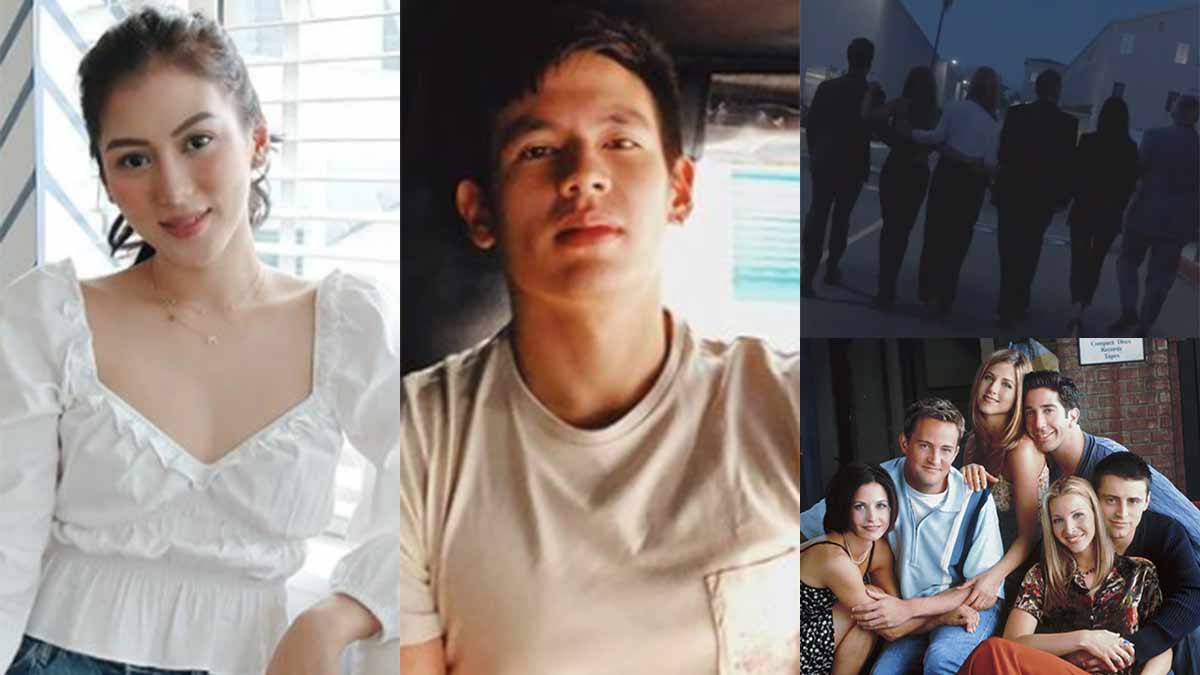 Among the fans of the '90s sitcom Friends are Alex Gonzaga and Jake Ejercito. With the announcement of the cast reunion show on May 27, could they be anymore excited?
PHOTO/S: @mscathygonzaga / @unoemilio on Instagram / Friends reunion teaser / NBC

The much-anticipated reunion of the lead cast of the hit American 1990s sitcom Friends is finally happening in May—17 years after the show's finale in 2004.

Friends: The Reunion will be streamed on HBO Max on May 27, 2021, with the Friends gang—Jennifer Aniston, Courteney Cox, Lisa Kudrow, Matt LeBlanc, Matthew Perry, and David Schwimmer—appearing as themselves.

It then showed a text that read: “The One Where They Get Back Together,” which was patterned in the way episodes of Friends were titled.

The teaser elicited excitement from the fans, including local celebrities who even reposted the teaser on their social media accounts.

Jake Ejercito said he has been waiting for the reunion since 2004. 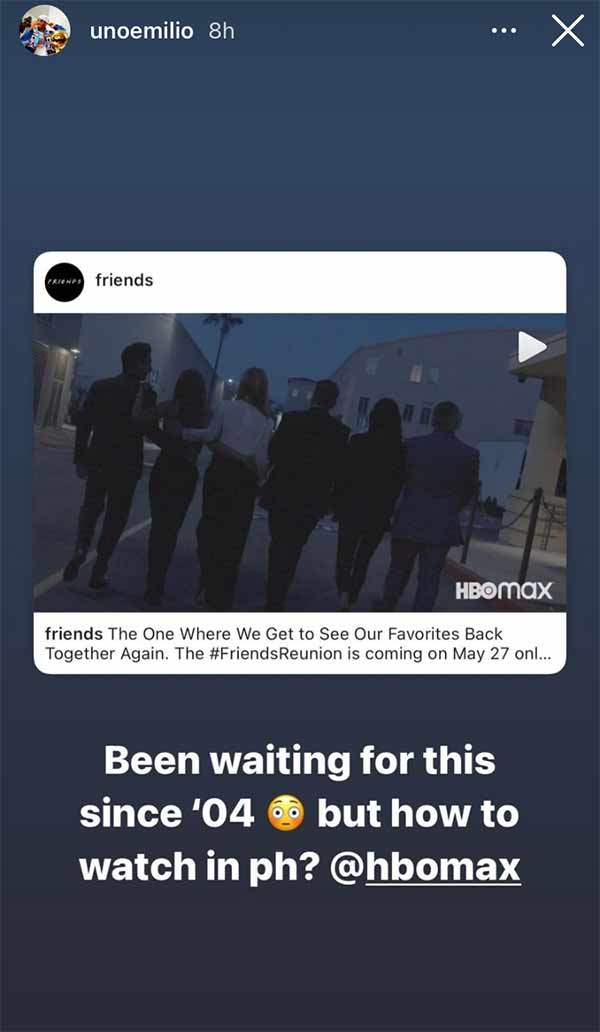 Enchong Dee greeted his followers a “Good Morning” as he reposted the reunion's guest line-up.

The guests include Michael Tyler, Tom Selleck, and Maggie Wheeler. All of them previously appeared on the show as Gunther, Richard Burke, and Janice, respectively.

The Korean boy group BTS is also part of the guest line-up. 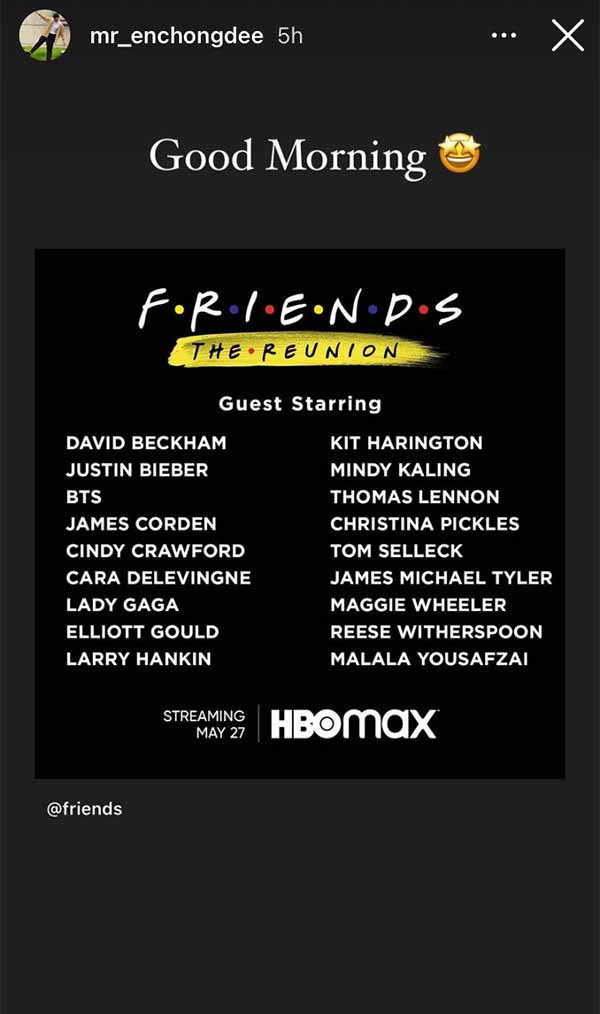 Alex Gonzaga, a known fan of Friends and other foreign series, such as Sex and The City, The O.C., and Dawson’s Creek, reposted the teaser on her Instagram stories. 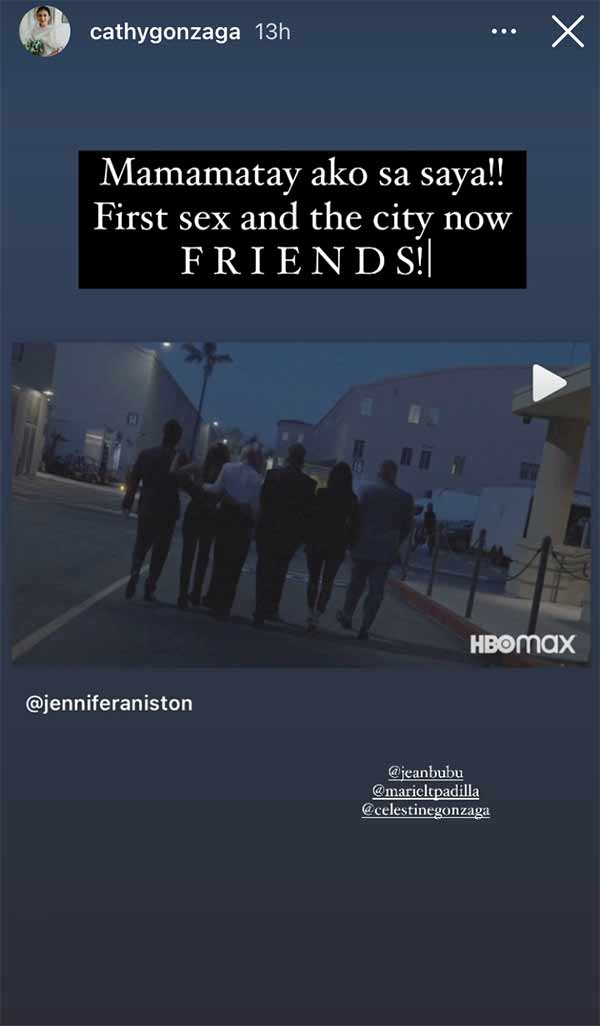 Among the other celebrities who reposted the teaser in their stories were Ruru Madrid, Inah de Belen, Lexi Fernandez, Laureen Uy, and Mavy Legaspi. 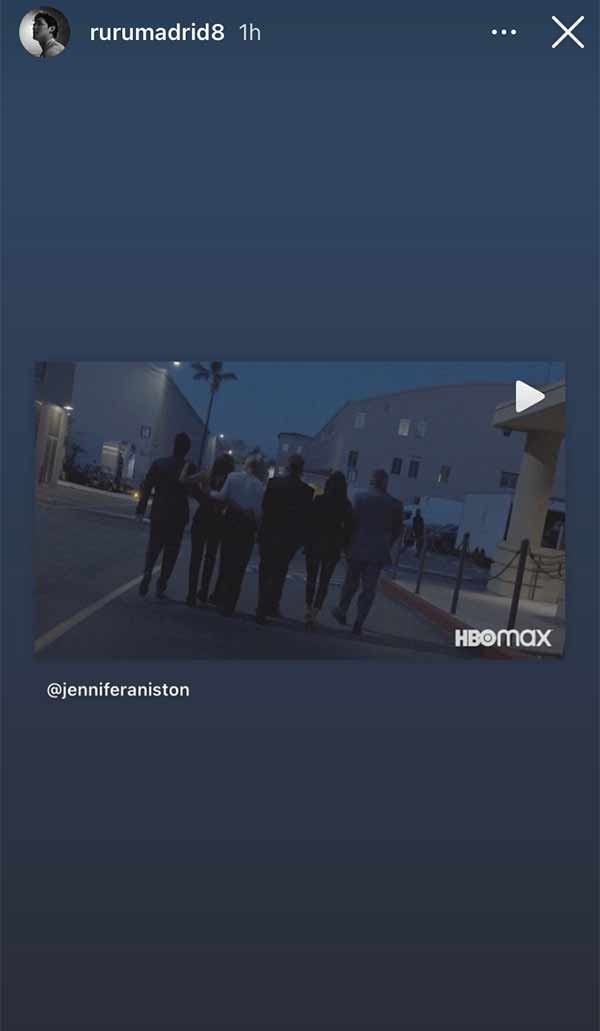 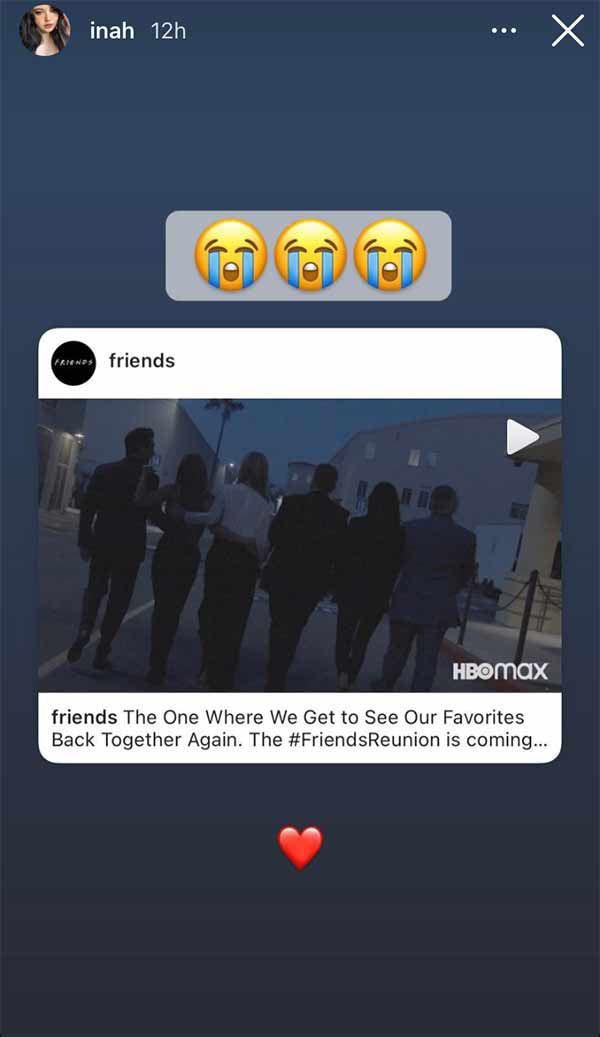 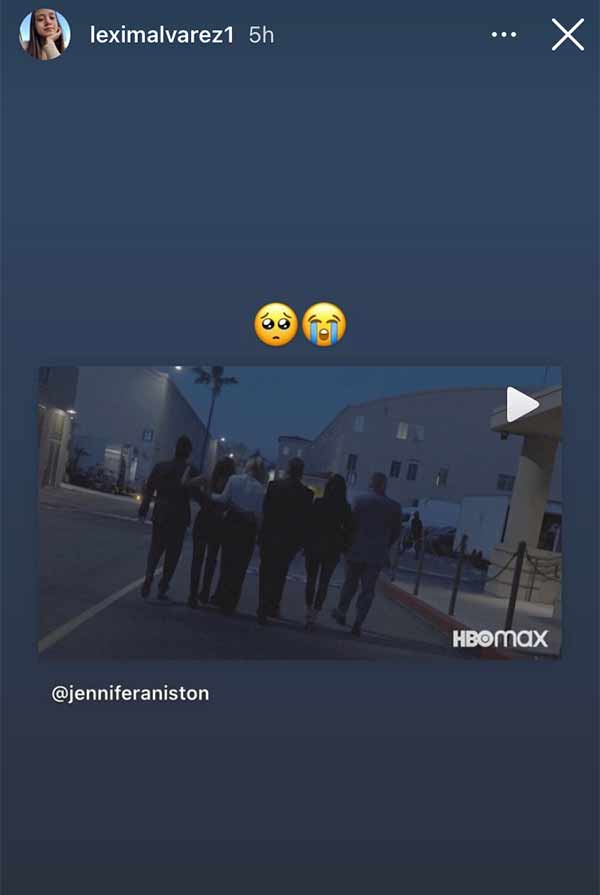 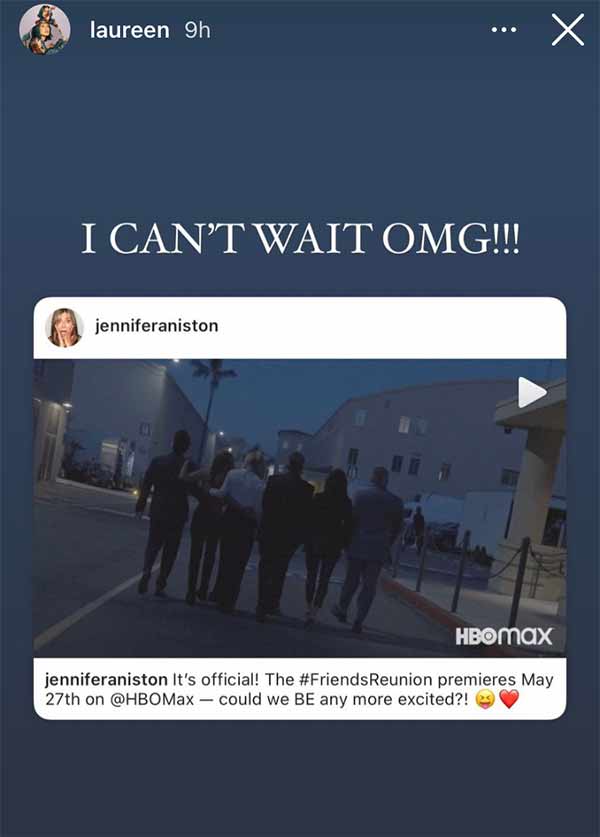 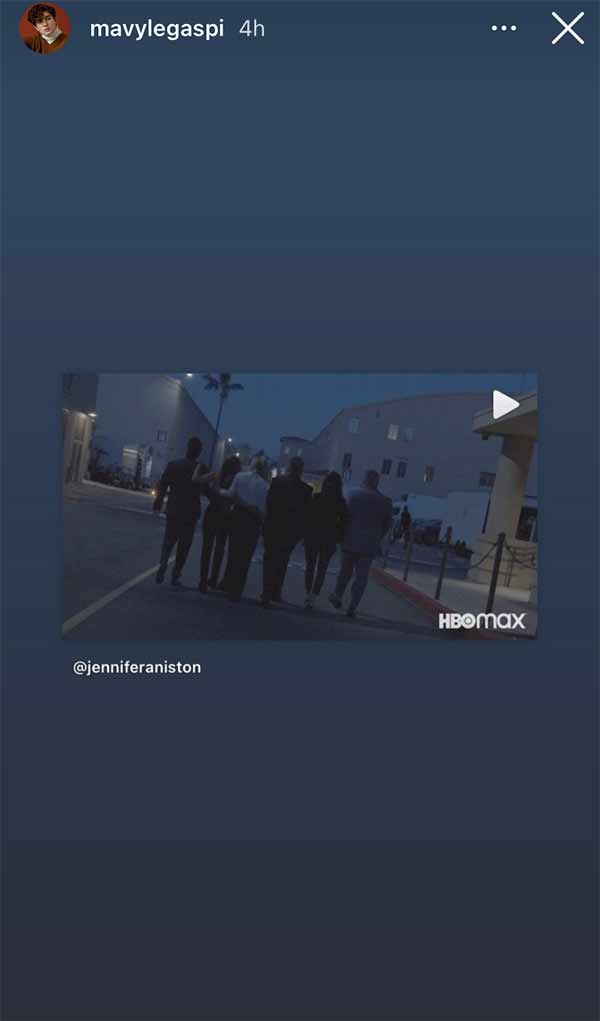 Friends first premiered in 1994 and had a good ten-year run until 2004. The reunion was supposed to be shot in a live audience in March 2020, but was postponed because of the Coronavirus pandemic.

The cast resumed and finished shooting the reunion in April 2021.

Note that Friends: The Reunion will not show a new episode. It is a reunion of the cast members—not their characters—in the show.