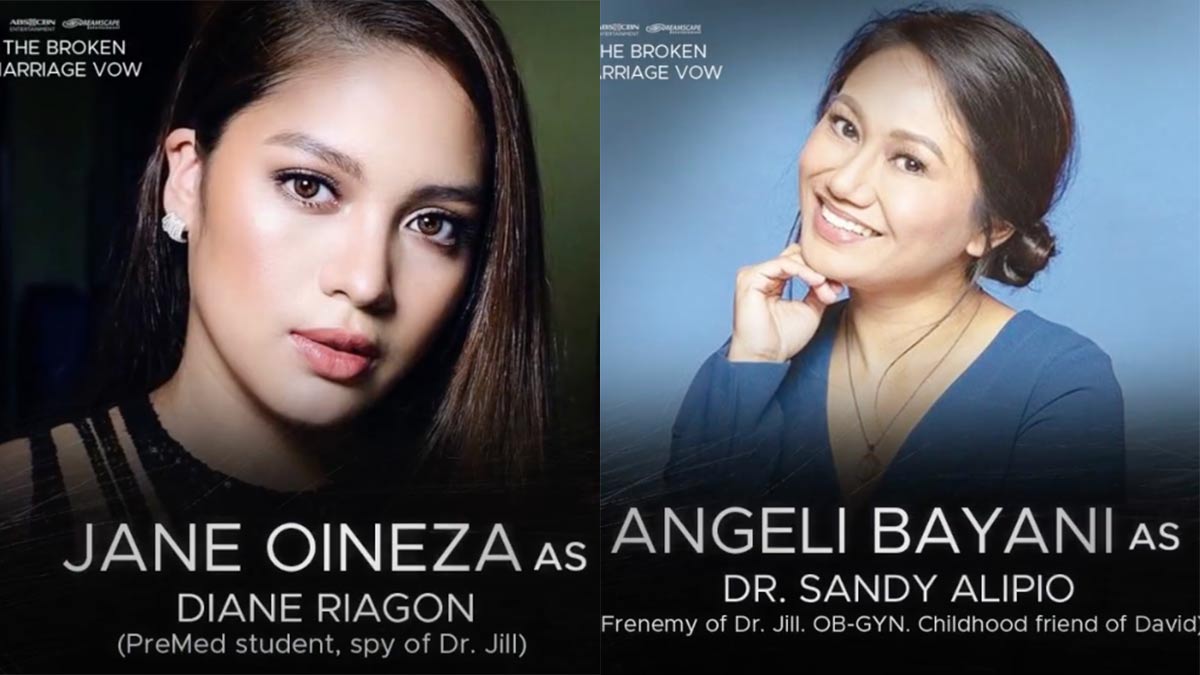 Jane Oineza and Angeli Bayani will be seen in ABS-CBN again via its remake of Doctor Foster titled The Broken Marriage Vow.
PHOTO/S: @dreamscapeph on Instagram

The full cast of ABS-CBN's Doctor Foster adaptation, The Broken Marriage Vow, has been revealed.

Dreamscape Entertainment, the producer of the series, released the names of the cast members yesterday, June 14, 2021.

Jane, who had previously done two projects with TV5 since 2020, is returning to ABS-CBN by starring in the drama series as Diane Riagon, the spy of Jill Ilustre (Jodi). Diane will help Jill investigate and discover the affairs of David (Zanjoe), Jill's husband.

Angeli, who has been identified with GMA-7 for most of her recent TV shows, will be playing the role of Dr. Sandy Alipio, the frenemy of Jill.

Angeli's last ABS-CBN appearance was in an episode of Maalaala Mo Kaya in 2016. Her last TV project was the GMA-7 series Love of My Life, which ended in March 2021.

The characters of Jane and Angeli were both remarkable to the Pinoy viewers of the 2020 Korean version, The World of Married.

ABS-CBN has yet to reveal the release date of The Broken Marriage Vow, which is directed by Connie Macatuno.