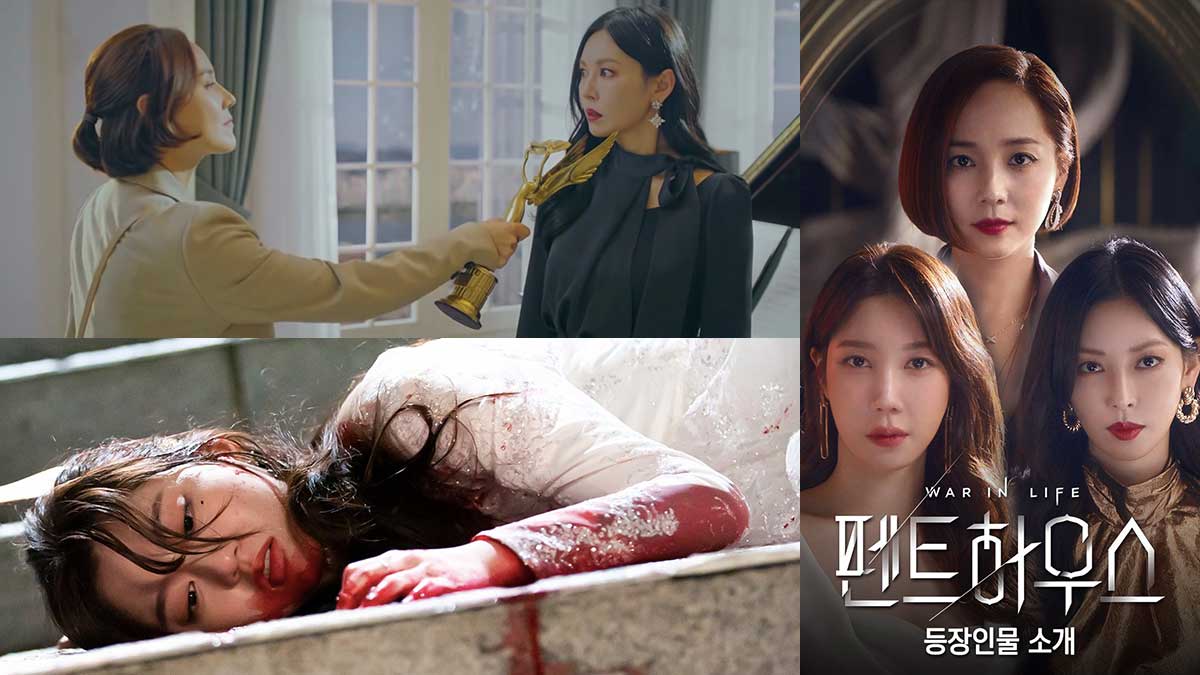 A lot of us grew up watching different characters return from the dead, newborn babies getting switched, undisclosed paternities, and the like. The Penthouse has it all.
PHOTO/S: The Penthouse (Viu)

The Penthouse: War in Life, a Korean drama, offers a story of rivalry, revenge, and betrayal fueled by selfish interests and ambition.

The title refers to the penthouse of Hera Palace, the 100-floor apartment whose upper-class residents are driven to compete for more power and influence in high society. 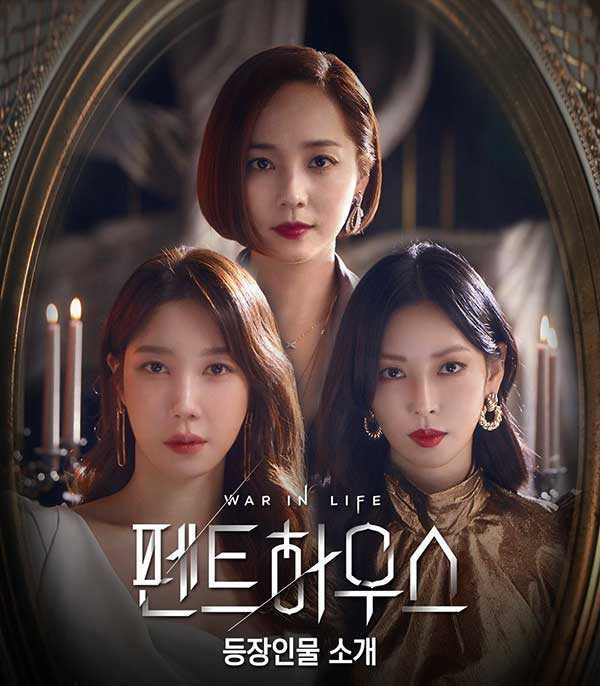 The drama revolves around three of its residents—Ryeon (Lee Ji Ah), a poised and elegant heiress, the queen of Hera Palace; Cheon Seo Jin (Kim Seo Yeon), famed primadonna who will stop at nothing to protect her family and her status, and Oh Yoon Hee (Eugene), a single mother who dares set foot on Hera Palace with a mind to provide the best opportunities for her daughter.

The murder of a high schooler in Hera Palace connects the lives of the three women as they try to solve the mystery behind the girl's death.

Now currently airing on GMA-7, this drama hits close to home. Think Pangako Sa ’Yo, Mula Sa Puso, MariMar, and all the recycled rich-versus-poor storylines of Pinoy teleseryes in which various characters return from the dead, newborn babies get switched, undisclosed paternities come out, and other some such twists and turns.

The Penthouse has them all.

However, nothing seems to prepare its fans for the layer upon layer of surprises the show brings on in episode after every episode. At one point, they just have to surrender and simply wait for what's to happen next,

These mind-blowing (and sometimes illogical) plot twists always leave the audience wanting more. So, what exactly makes The Penthouse addicting and relatable to Filipinos?

The poor versus rich trope

Hera Palace is very much a status symbol with its own set of power hierarchy. Whoever lives in the Penthouse is considered royalty from whom everyone else is bound to take orders.

Those who live on the lower floors tend to tear each other apart.

The wealthiest residents whose greed of gain know no bounds are pathetic creatures abasing themselves before the lure of more money.

Their pitiful attempts at acquiring power are what makes them enjoyable to watch.

The rivalry and revenge trope

The dynamics between Oh Yoon Hee and Cheon Seo Jin, one struggling to make ends meet and the other living on the lap of luxury, is the top example of this trope when an underdog rises to shatter the status quo. 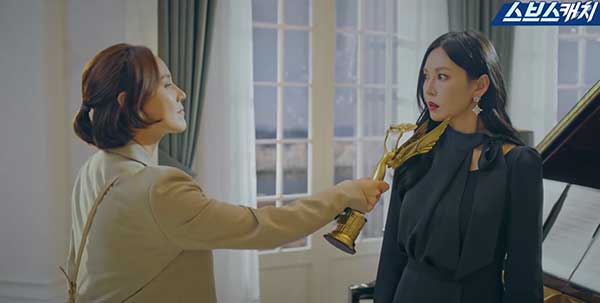 Their personal struggles and hidden insecurities are the main drivers of their ambition, much like the Amor Powers-Claudia Buenavista dynamics in Pangako Sa 'Yo.

The Penthouse is a Makjang drama

A Makjang drama is a Korean term for exaggerated and diverting execution of plot elements.

It’s usually evident in the preposterous gestures an actor employs to make his role-playing shine.

It will not be surprising to see makjang characters being ridiculed in funny memes and parodied by comedians, even celebrities, in talk shows or variety shows.

The standouts for their makjang acting in The Penthouse are Cheon Seo-Jin, Ha Eun-Byeol (Cheon Seo-Jin’s daughter), and Joo Dan-Tae (estranged husband of Shim Su-Ryeon).

But then again, the intensity by which the Makjang actors deliver their lines and their hysterical acting precisely have the effect of getting the viewers hooked on the story and emotionally involved.

How can they not get carried away by all the mayhems that have happened at the penthouse?

Death by falling off a building? Check. Death by stabbing? Check. Death by being pushed down the stairs? Check. The dead coming back alive? Surprise, surprise! They have. Well, not all of them—not yet, Based on the progress of Season 3, someone who died in the previous seasons is alluded to be making a comeback. 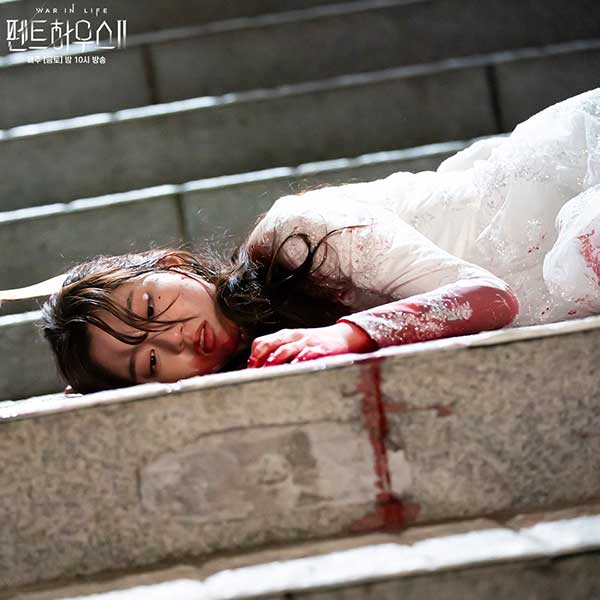 The end is never near

Now that the third season has begun, the audience is in for a ride. The show has yet to explore other supporting characters and the creators seem to be enjoying the segues because they've even added new faces! 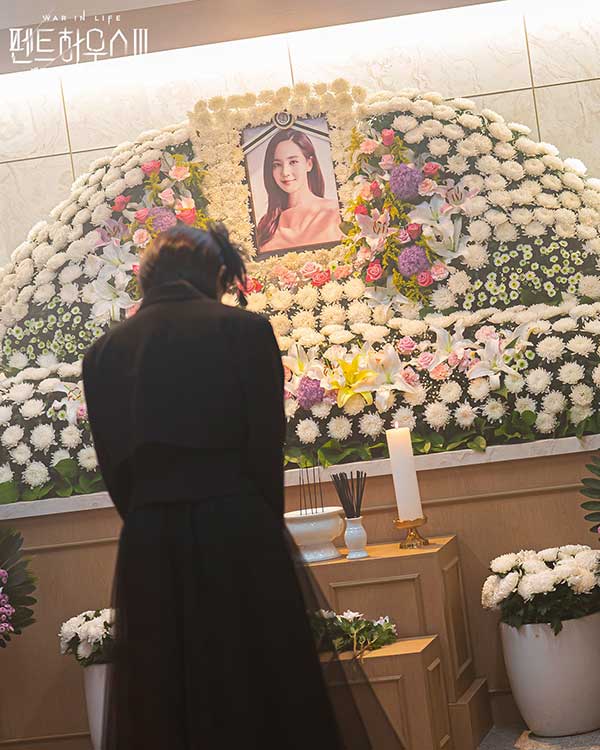 I am absolutely looking forward to getting even more stressed because of this show. But am I tired of suspending logic and reasoning? Absolutely not.

The Penthouse is my guilty pleasure, and I am determined to keep watching the series to its end. I would love to see who ends up reigning over the penthouse and to know if justice will be served to those who deserve it. Will it have a satisfying ending? I can’t tell. Until now, I still can’t fully trust this show, but I’m here for every surprise and I can’t wait how else this drama can turn me nuts.

The Penthouse is available for streaming on Viu.