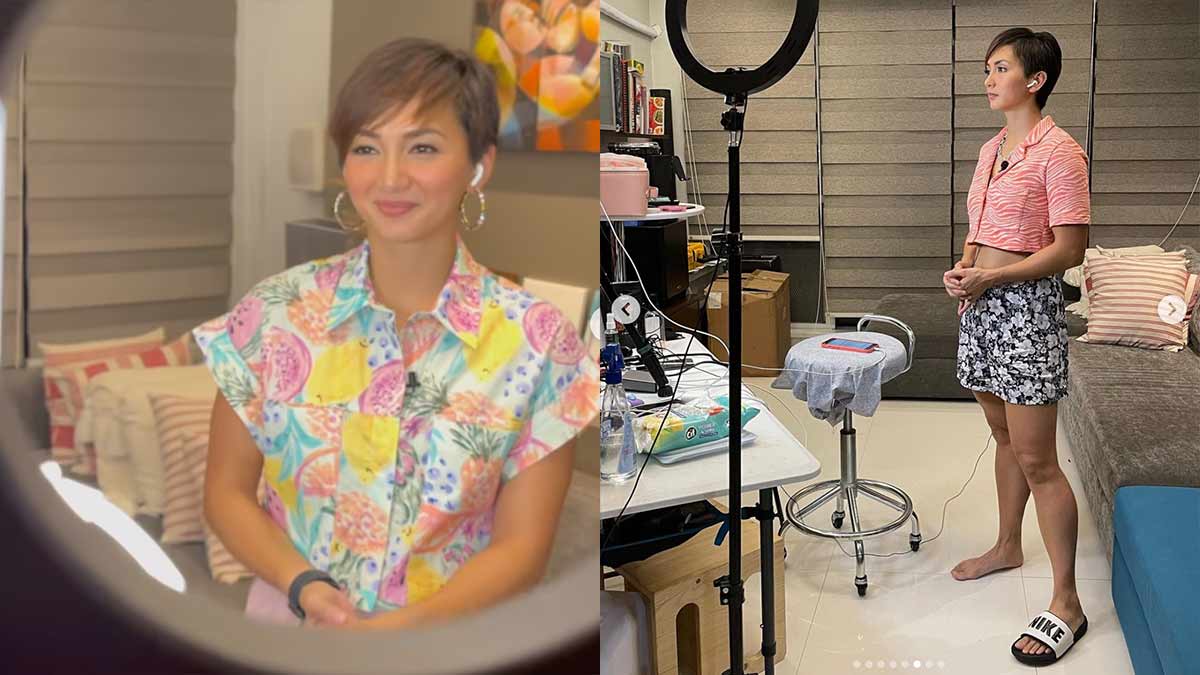 Iya Villania on people amused by her work-from-home stories in 24 Oras: “I love that people really enjoy the realness because it’s how it is here. And yeah, if it’s any kind of joy that I can bring into people’s lives, I am glad to do it even if it means having to look like that!”
PHOTO/S: @iyavillania on Instagram

Iya Villania is glad that people are amused by the “realness” of her work-from-home moments as a mom and reporter of 24 Oras.

On Instagram, the celebrity mom has been showing what goes on behind the scenes of her "Chika Minute" segment.

“I love that people really enjoy the realness because it’s how it is here. And yeah, if it’s any kind of joy that I can bring into people’s lives, I am glad to do it even if it means having to look like that!”

But now, Iya has already started reporting to the studio of 24 Oras as its resident “Chika Minute” reporter.

At the Zoom media conference, she added, “I have to say, I have really been so blessed. It’s a set-up that I truly enjoyed and if, at any point, I need to work from home again, I would gladly take it because I get the best of both worlds!

“I get to be with my family while I get to work and make a living.”

Eat Well, Live Well, Stay Well is staging a comeback this January 7, 2022 for its third season.

Iya is co-hosting the cooking show with chef and TV host Jose Sarasola.

PEP.ph asked Iya how different it is hosting her cooking show compared to her morning talk show Mars Pa More and 24 Oras.

“So, before, when I was doing a cooking show, the challenge was for me to learn, the challenge for me was to be taught certain things in the kitchen.

“Now, because of the number of seasons, the number of episodes, and the number of hours that I’ve spent in the kitchen with people that know how to cook, I’d like to think that it’s really given me the confidence.”

In fact, Iya can now cook whatever she wants without following a recipe.

She continued, “I didn’t even have to look for the recipe. Now, I can be in the kitchen and be like, 'I’ll put this, I’ll put this, let’s try this.'

“Meron na akong lakas ng loob para magsubok sa kusina. And I think that’s really a major part of being a chef, or even if it’s just a home chef. You didn’t have to be a major chef like Jose, just to be a home chef. I think it’s really just the confidence.

“That’s definitely the thing that I gained! Even with the minutes that I spent in the cooking portion of Mars Pa More, even there I learn something.”

Iya can also relate to the viewers who are tuning in to Eat Well, Live Well, Stay Well to learn new skills and dishes.

“I can cook fish, even things that I don’t cook at home, I learn through Eat Well, Stay Well, Live Well. Like, I don’t cook shrimp, but because of the show, I’m forced to and so I learned how to, or even halaan, tahong, ang saya.

“I learned so many things. And if I’m learning, what more iyong mga manunuod ng show.”