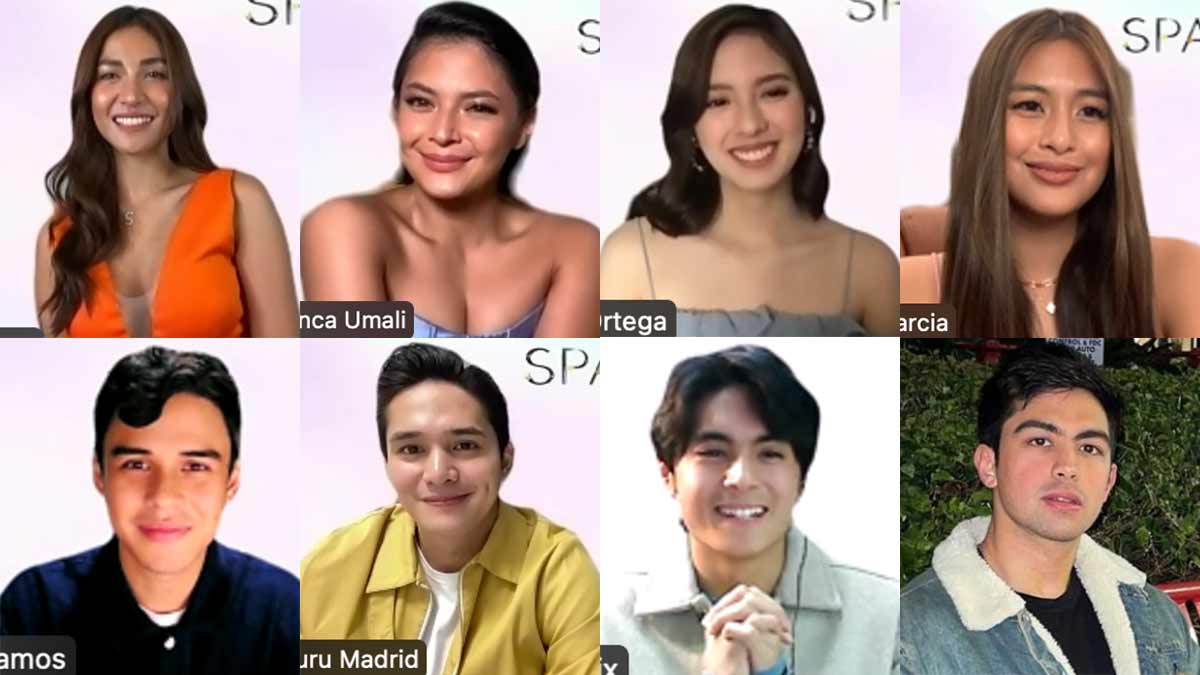 The eight banner artists of Sparkle—formerly known as GMA Artist Center—are all excited about new developments in the company managing them.

On December 31, 2021, at the GMA New Year Countdown, the network officially announced that GMA Artist Center is rebranding to Sparkle.

The eight artists faced the press for the official media launch of Sparkle. 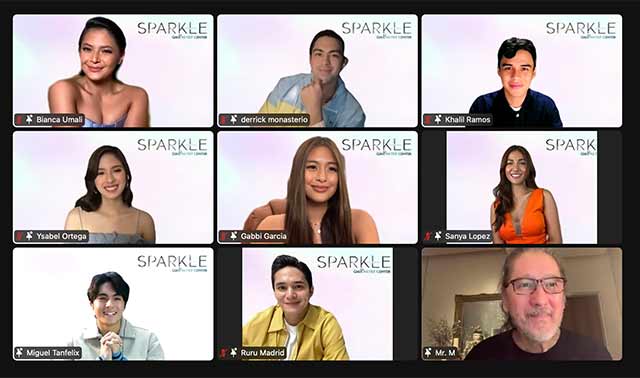 He says: “Each one of them has what we call ‘it.’ Something you can’t define.

“It’s also known as... I don’t know what. But,they have it. That is what makes them sparkle.

“Next thing is their ambition or dedication to their craft of acting. So, meron ka nang ‘it,’ kailangan meron ka pang ambition and dedication and discipline.

“That makes them stars and, as we say, only the brightest stars sparkle.”

According to Khalil, the rebranding to Sparkle is one of the positive changes happening in his career.

He narrates: “Personally kasi, the past two years, a lot has changed and, of course, with the way the world works, I’ve made very big career decisions as well.

“When Sparkle was brought up to me, kaagad ang na-feel ko, just a big surge of positive energy na parang, 'Oh my gosh, I will be part of another new opportunity, another platform, another chapter of my life where I could collaborate with people, I could create, I could inspire my audience as well.'

“So just really overjoyed, especially when I was chosen nga to be part of this group in particular. Sobrang honored, and I just feel really privileged right now at may mga taong naniniwala sa talent ko.”

This 2022, Khalil is set to top-bill the GMA Public Affairs teleserye Love You, Stranger with his real-life girlfriend Gabbi Garcia, which will air on GMA Telebabad.

For Ruru, who started his career in the reality show Protégé in 2013, he is aware that each artist has his own branding and imaging.

This is the reason why he feels more excited with the change that has been happening in GMA Artist Center—now Sparkle.

In terms of his career, Ruru is glad that his action-adventure series Lolong is finally set to air in 2022.

Bianca, a talent of GMA since 2009, knows that the rebranding process was “not easy,” but she believes that “it will definitely be worth it.”

The opportunity to become a banner artist of Sparkle was also something she did not expect.

“Very unexpected noong i-announce that I will be a part of Sparkle. I never thought such opportunity, but still, it was given, which is why I’m very thankful.

“Ang dami-daming mga artists o mga tao ang may gusto ng oportunidad na ito, but still it was us eight. I, myself, one of those, who was given this opportunity.

“Walang humpay na pasasalamat. I am very excited to start this wonderful chapter of my life. Excited ako to show the world our sparkle, my sparkle.”

After the success of Legal Wives, Bianca is set to top-bill the second installment of Mano Po Legacy.

Sanya has been getting big breaks from GMA-7 since 2016 via the remake of Encantadia.

Being a banner artist of Sparkle, Sanya just wants to continue doing good in her career, especially since she is set to start First Lady, the sequel of her hit series First Yaya.

For Gabbi, who started her career as a GMA Artist Center talent in 2014, the excitement is not only for her own growth but for Sparkle itself.

She tells PEP.ph: “When it was announced that GMA Artist Center will rebrand and we were chosen to be the first batch to represent Sparkle, I was very grateful and excited to grow with Sparkle also.

“Kasi, I’ve been with Artist Center since I was 15, and to witness them rebrand and make this move is really a big thing for me.

“I’m really excited to grow with them altogether.”

Gabbi is looking forward to her drama series with Khalil, Love You Stranger, as well as her upcoming covers and endorsements.

Miguel, who started out as a child star after becoming the First Prince of StarStruck Kids in 2004, has already witnessed the changes that have been going on since the rebranding.

Miguel is looking forward to the premiere of Voltes V: Legacy, where he will portray the iconic role of Steve Armstrong.

Ysabel, who signed up with GMA-7 in 2019 after being a talent of ABS-CBN, was surprised at first when she found out she would be part of the launch.

With that, she became more motivated to do well.

Ysabel says: “When I found out about Sparkle, I was very excited not just for Artist Center but, of course, for the network.

“This is really a big opportunity for all of us to step out of our comfort zone and really show people our sparkle.

“So I was very excited and, of course, when they told me that I was going to be a part of this group, nagulat ako and, of course, sobrang naging thankful ako for this opportunity and mas naging driven ako to live up to their expectations.”

Ysabel is set to portray the role of Jamie Robinson in Voltes V: Legacy.

Derrick, who started his career via the GMA-7 youth-oriented series Tween Hearts in 2010, says he has lifted up to God this new milestone in his career.

He tells PEP.ph: “Ako, when I found out that I was part of Sparkle, I think I was driving that time and the initial thing that I’ve done was I offered a prayer. I thanked the Lord.

“After all, this is a huge thing for all of us, ayun. Opportunities like this make me closer to God.

Derrick is set to top-bill his own prime-time series this 2022.

WHAT'S NEXT FOR SPARKLE?

The man who has been called a Starmaker—following his 28-year run with Star Magic where he shepherded many of today's biggest movie and TV performers to stardom—says Sparkle will simply continue what the GMA Artist Center has been working on.

That is, build up talents for the Kapuso network.

As Mr. M puts it: “More of the same, the same great work that they do.

“I don’t know the individual programs, what to expect, pero whatever it is, I’m sure the tradition of quality before with the Artist Center—itutuloy namin iyon, just adding a little more sparkle.”