Artista Academy graduates: Where Are They Now? 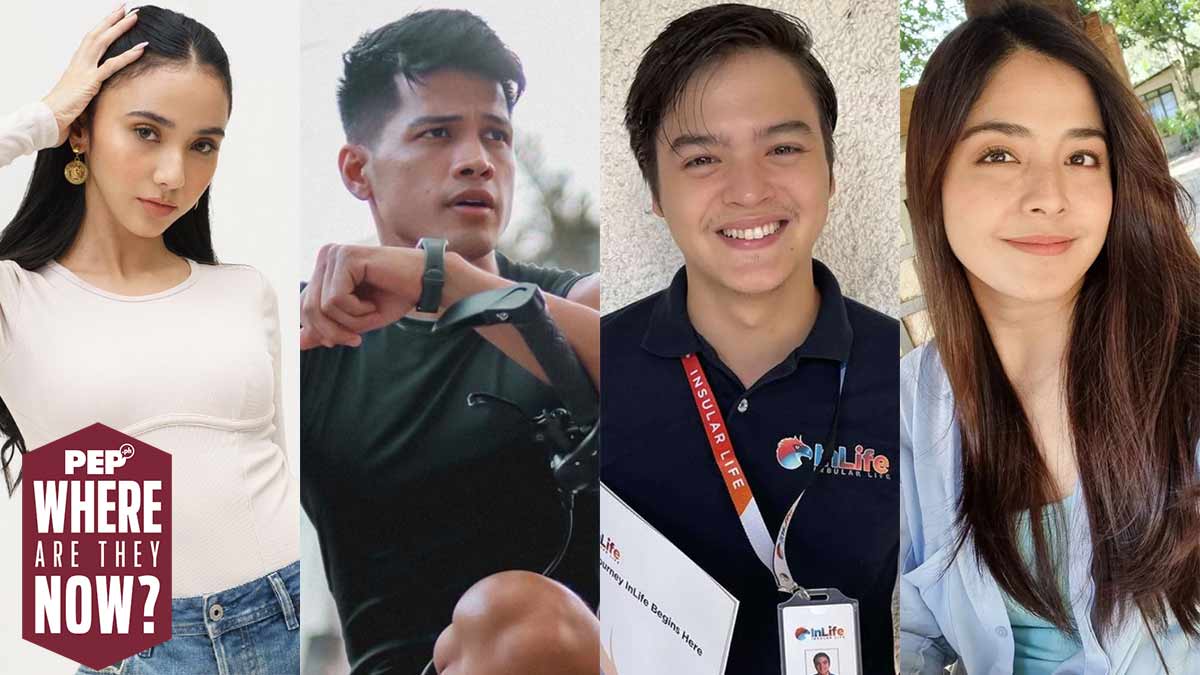 (L-R) Do you remember when Adrianna So, Vin Abrenica, Mark Neumann, and Shaira Diaz were part of TV5's Artista Academy?
PHOTO/S: Instagram

The reality talent search program, which premiered in July 2012, was poised to train aspiring actors to become the “next big stars” of TV5.

However, when TV5’s entertainment department folded up, the Artista Academy graduates had to look for new platforms to showcase what they learned from the academy.

Most of them went to rival networks while others honed their skills in movies and digital platforms.

Vin Abrenica, the younger brother of StarStruck: The Next Level Ultimate Hunk Aljur Abrenica, was hailed the Best Actor of Artista Academy during its finals night.

The Best Actor award is equivalent to the grand winner of the show.

After Artista Academy, Vin was paired with Best Actress Sophie Albert in the prime-time series Never Say Goodbye, where they worked with Alice Dixson, Cesar Montano, and Superstar Nora Aunor. The show aired in 2013.

Vin and Sophie’s pairing led to a real-life relationship.

That same year, Vin did the prime-time shows Misibis Bay and Beki Boxer, where he was established as a hunk actor.

In 2015, Vin became vocal about his “tampo” with TV5 when the network decided to give his Artista Academy runner-up Mark Neumann the title role in the remake of the K-Drama series Baker King.

Vin also admitted to crying over losing the plum role, especially when he heard that he was actually the first choice.

However, Vin was given another important project in its place. He and Jasmine Curtis Smith top-billed the remake of another K-Drama, My Fair Lady. It would be his last project with TV5.

In 2016, he decided to transfer to ABS-CBN. Some of the projects that Vin did as an ABS-CBN and Star Magic talent were Wildflower (2017) and A Soldier’s Heart (2020), apart from Ipaglaban Mo and Maalaala Mo Kaya episodes.

Although he and Sophie broke up in 2016, they reunited two years later. On December 12, 2020, the two got engaged. They revealed this in February 2021, the month they also shared the news that they are living together and that Sophie is pregnant with Vin’s baby.

Sophie gave birth to their baby girl in March 2021.

On social media, Vin constantly shares his adventures as father to their daughter Avianna Celeste.

In late 2021, Vin returned to work by signing with GMA-7. He first appeared in a two-part episode of the drama anthology, Tadhana.

Vin is now set to be seen in the GMA Public Affairs action-adventure series Lolong, top-billed by Ruru Madrid and Shaira Diaz, who happens to be Vin’s Artista Academy co-finalist. 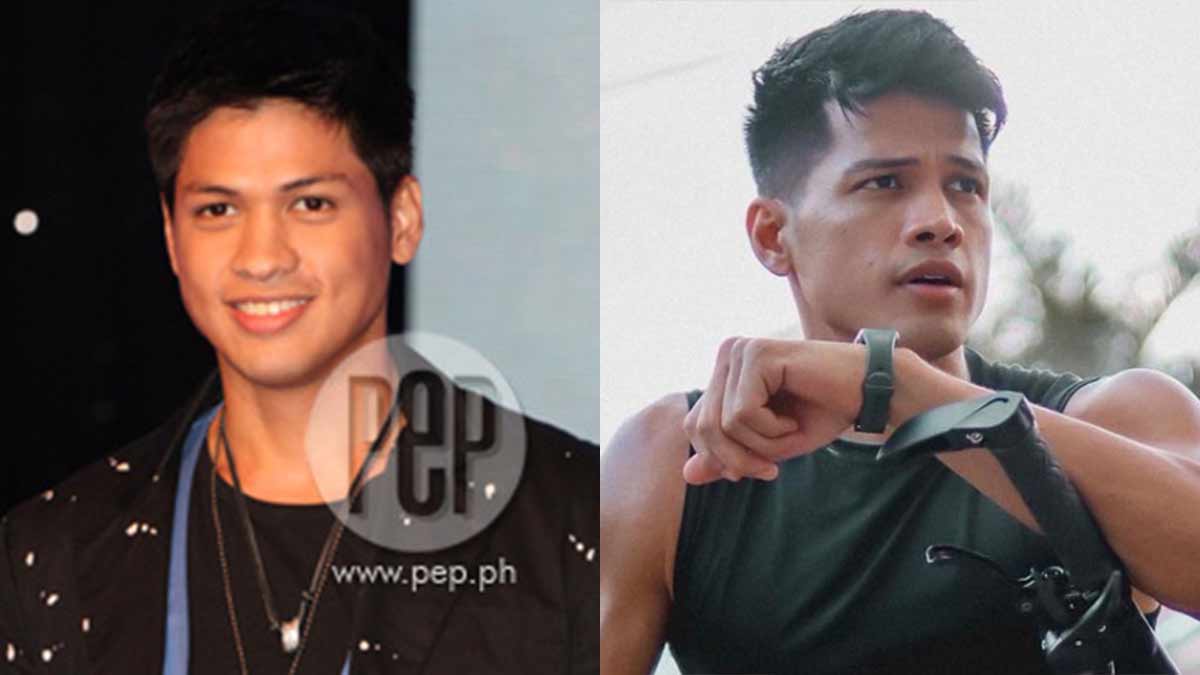 Her first project after her win was the drama series Never Say Goodbye, where she was paired with Best Actor Vin Abrenica. He later became her real-life boyfriend.

One of her breakthrough projects after Artista Academy was the 2014 Cinemalaya movie #Y where she had a steamy scene with Elmo Magalona.

In the same year, Sophie and her Artista Academy co-finalists Chanel Morales and Stephanie Rowe were supposed to top-bill TV5’s adaptation of the hit American suspense series Pretty Little Liars.

It was supposed to air in April 2014, but a rumor floated that the Pretty Little Liars adaptation was already shelved. Although TV5 denied the rumor, the project was never aired.

After this, Sophie headlined a few episodes of TV5’s Wattpad Presents until she decided to return to ABS-CBN.

Sophie, however, was only able to do one project with ABS-CBN, an episode of Ipaglaban Mo.

In 2017, Sophie decided to sign with GMA-7 and GMA Artist Center (now Sparkle). She did supporting roles in teleseryes until 2018, when she was given the plum kontrabida role of Amber in the prime-time series Pamilya Roces.

2019 was a big year for Sophie. She played the main kontrabida in the afternoon series Bihag, and was cast as the leading lady of Alden Richards in the prime-time series The Gift.

In February 2021, Sophie’s engagement with Vin and her pregnancy were announced at the same time. The couple has been engaged since December 2020.

Sophie gave birth to her baby girl with Vin in March 2021.

She has since returned to acting albeit in episodic programs such as My Fantastic Pag-ibig and Daig Kayo Ng Lola Ko. 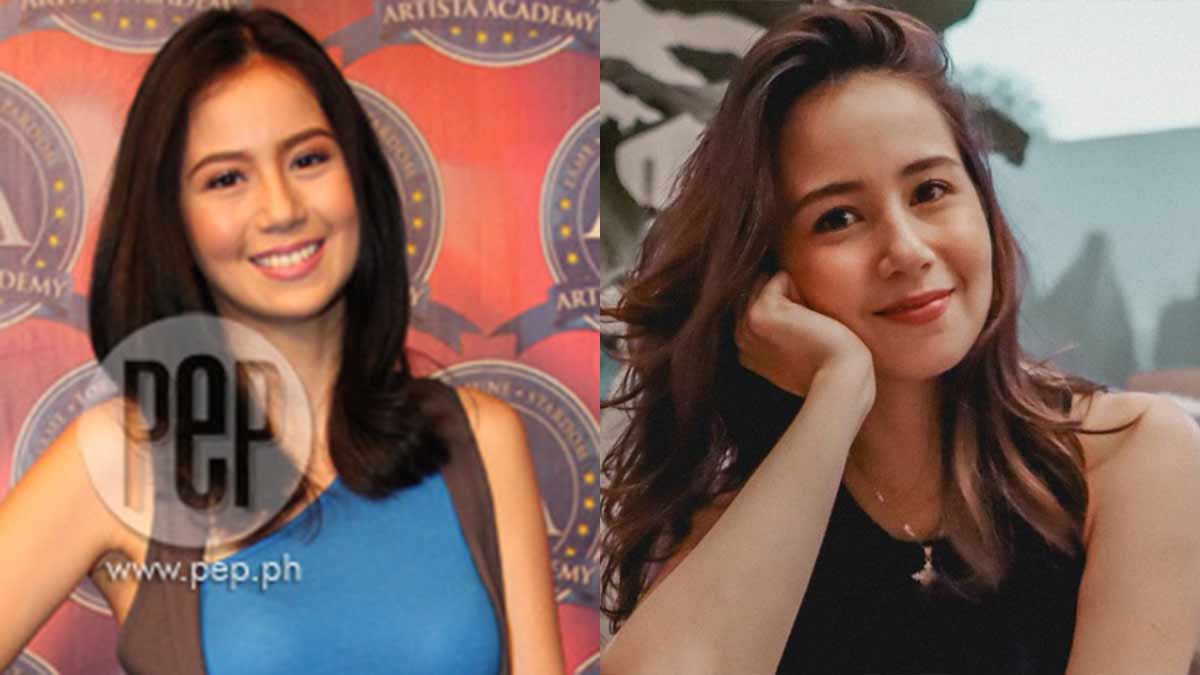 After Artista Academy, he played supporting roles in the prime-time shows Kidlat and Confessions of a Torpe.

In 2015, Mark got a big break in his career when he was given the lead role in TV5’s adaptation of the Korean drama series, The Baker King. This was followed by another leading man role in the weekly series Tasya Fantasya.

In late 2016, Mark did an episode for GMA-7’s Karelasyon. His fans thought this meant Mark would be transferring to the Kapuso network. Instead, he did several independent films like Ang Taba Ko Kasi and Kamandag ng Droga.

Some of his shows in ABS-CBN were Wansapanataym, La Luna Sangre, Ngayon at Kailanman, and episodes of Ipaglaban Mo and Maalaala Mo Kaya.

Mark also did the iWant original shows The End and Mga Batang Poz, as well as the movies Harry & Patty and I Love You, Hater.

In 2019, Mark revealed his engagement to his non-showbiz girlfriend of four years, Maffy Villamor. It was also at that time that he became a licensed financial adviser.

Just recently, Mark opened up on social media about being a financial coach for two years. 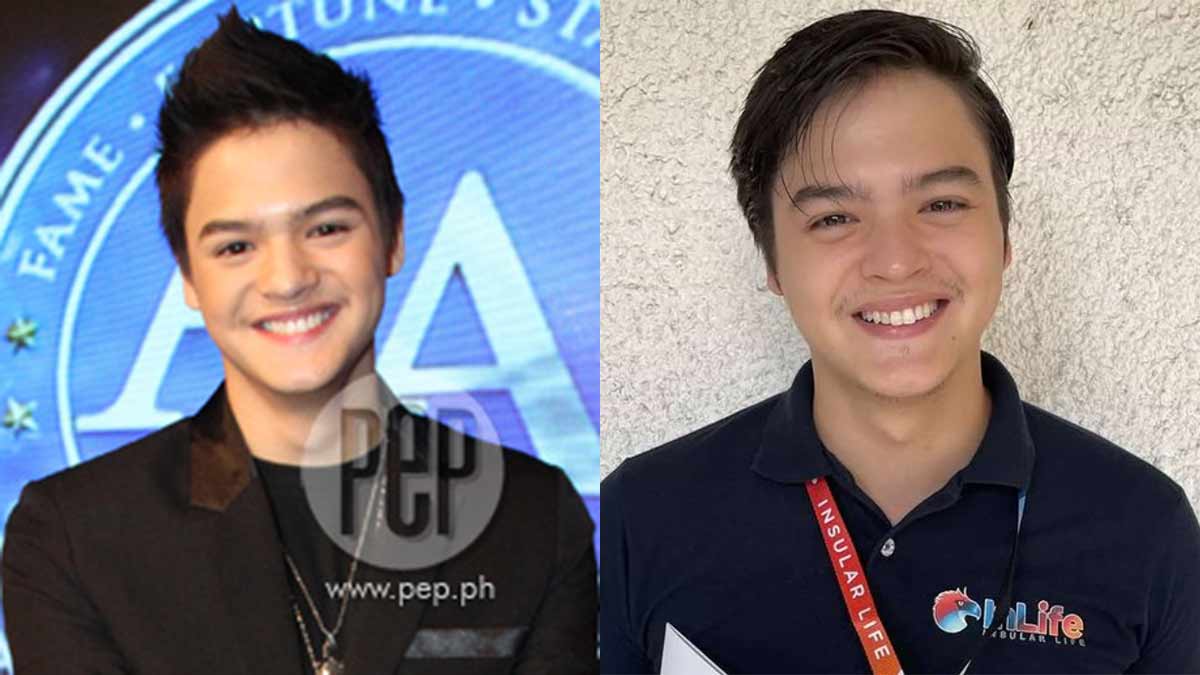 Shaira Diaz was one of the Top 6 finalists of Artista Academy. At the time, she was known as Shaira Mae.

One of her first projects was a supporting role in Kidlat, headlined by Derek Ramsay. She was also able to work with Sharon Cuneta in the TV5 series Madam Chairman.

She was later cast as the partner of Mark Neumann in The Baker King.

Shortly after her Artista Academy stint, Shaira got into a relationship with former TV5 star Edgar Allan Guzman. Their relationship has remained strong up to this day.

In 2016, viewers began to see Shaira in Trops, a series produced by TAPE, Inc. that was airing on GMA-7. It did not take long before she signed with GMA-7 and GMA Artist Center.

When she signed with GMA-7, Shaira Mae changed her screen name to Shaira Diaz.

Some of the projects Shaira was able to do were Contessa, Pamilya Roces, and Love You Two.

In 2020, Shaira received a big break in her career when she was announced as the leading lady of Ruru Madrid in the action-adventure series Lolong.

Although Lolong experienced production delays, GMA Public Affairs is finally set to air the show in 2022. 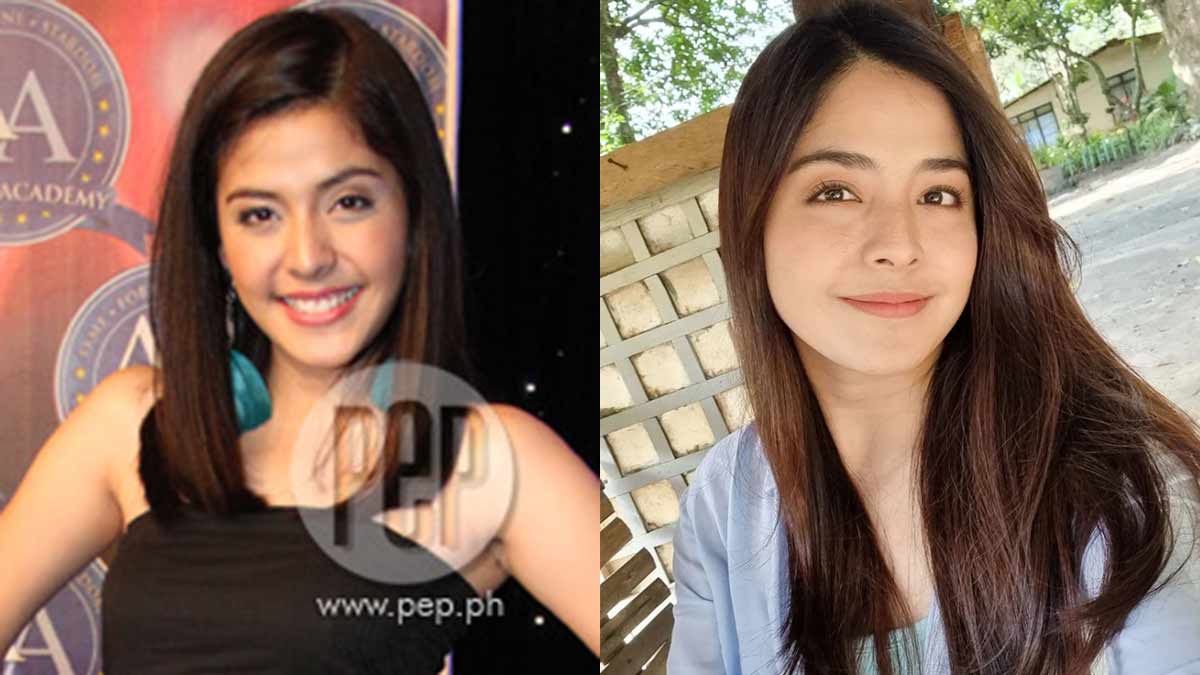 Akihiro Blanco finished as part of the final six of Artista Academy.

One of the major projects he was able to do was Madam Chairman with Sharon Cuneta. He was also able to do several installments of Wattpad Presents.

When TV5’s entertainment department folded, Akihiro went on to do independent films and series with Cignal Entertainment. One of his major roles was in the series Born Beautiful, where he did a kissing scene with Martin del Rosario.

For TV, Akihiro did a few episodes of Maalaala Mo Kaya in ABS-CBN. He was also supposed to do roles in The Good Son and La Luna Sangre but he decided to back out to focus on his movies.

Akihiro was recently seen in an episode of GMA-7’s Wish Ko Lang! 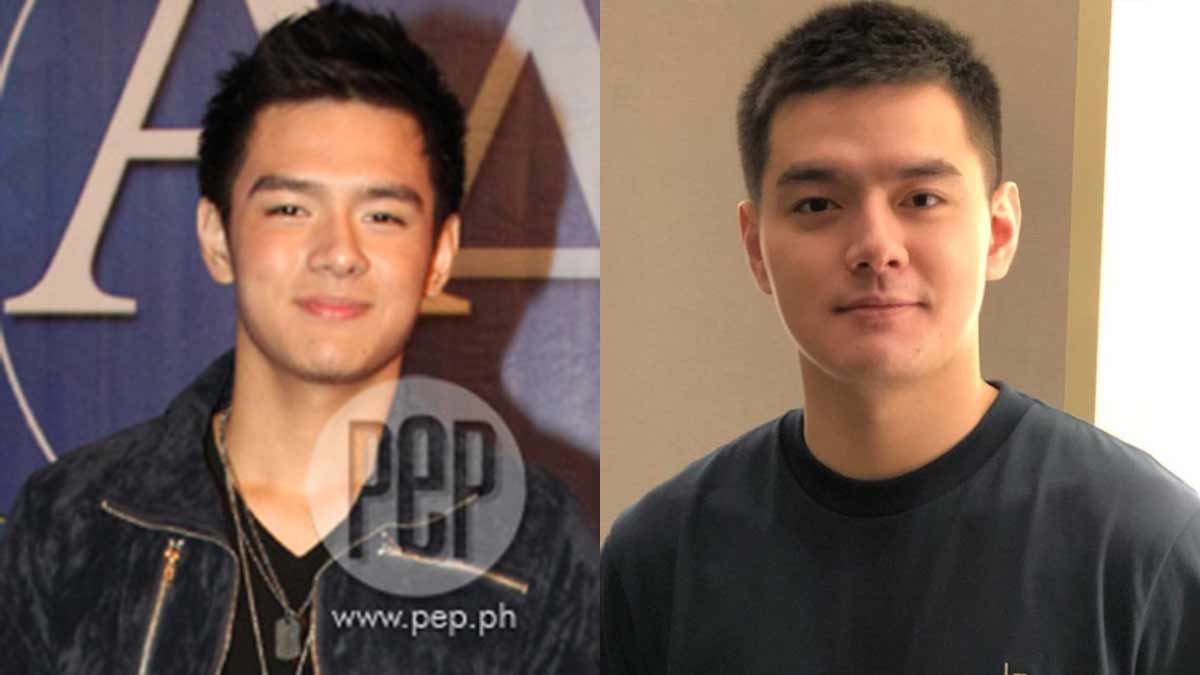 After Artista Academy, Chanel was given projects by TV5, including several episodes of Wattpad Presents.

In 2016, when TV5’s entertainment department folded up, Chanel accepted acting stints from other networks. Some notable projects were FPJ's Ang Probinsyano and Ipaglaban Mo in ABS-CBN and Sahaya in GMA-7.

After her Miss World Philippines stint, Chanel was able to do the movies Coming Home and Mommy Issues. 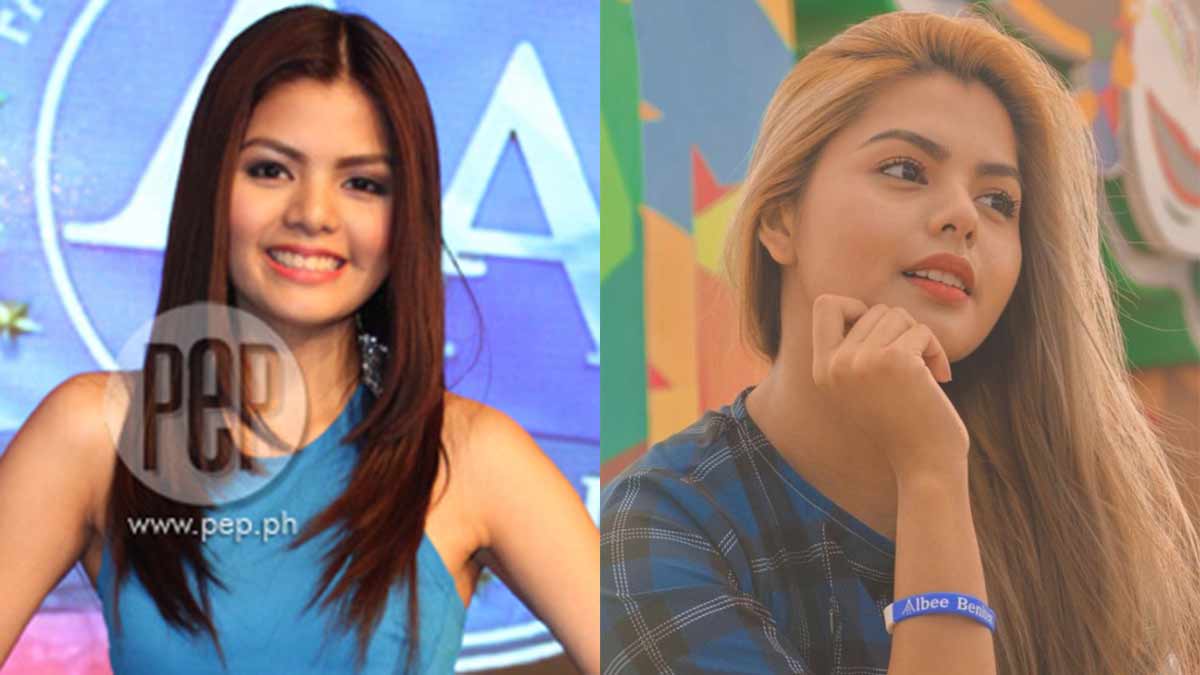 Before she became Adrianna So, she was Malak So Shdifat, one of the finalists of Artista Academy. She was eliminated or “kicked out” of the academy during the Wildcard round.

As Malak, she was able to play supporting roles in TV5 teleseryes like Misibis Bay, Madam Chairman, and The Baker King.

In 2017, Malak signed with The IdeaFirst Company and changed her screen name to Adrianna So.

In 2020, Adrianna played a major role in the hit online series Gameboys as Pearl. People enjoyed watching her that she got her own series, Pearl Next Door, a spin-off of the show.

Adrianna also became a part of Paano Ang Pangako? and the online series Love vs. Stars. 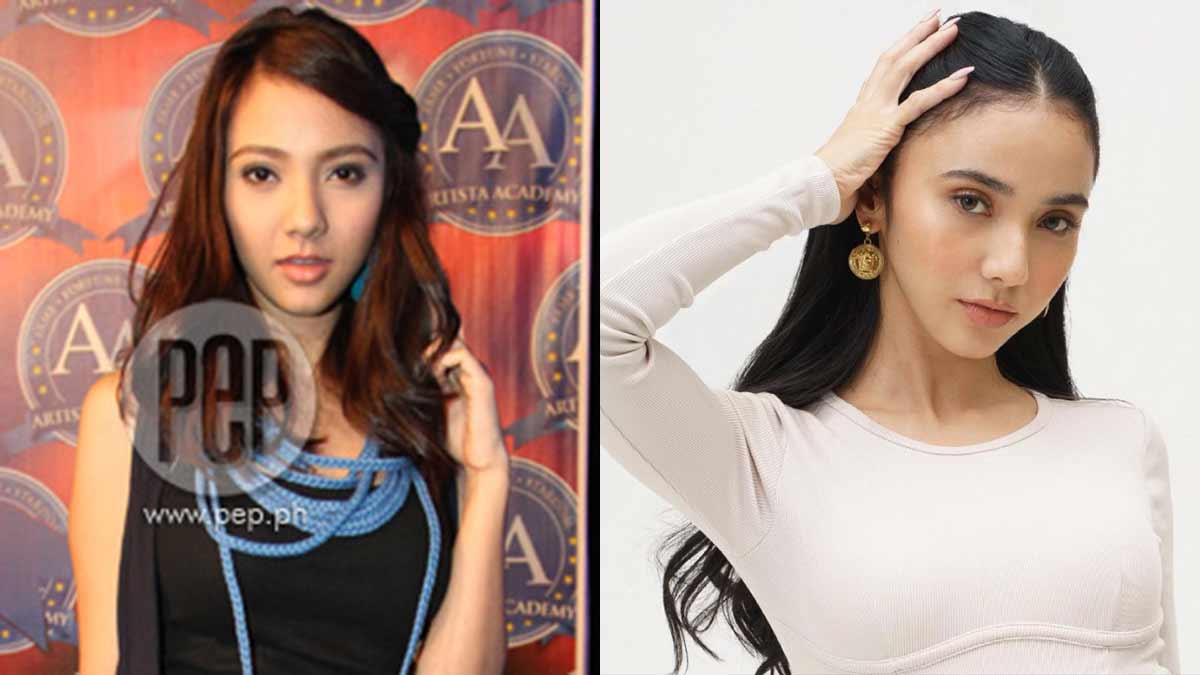 Julia Quisumbing was part of Artista Academy’s Top 16. She was the third finalist to be “kicked out” of the academy.

Instead of pushing through with a TV career, Julia became active in vlogging. She usually shares lifestyle videos, particularly about freediving.

She is now based in Sydney, Australia, and is happily married with one kid. 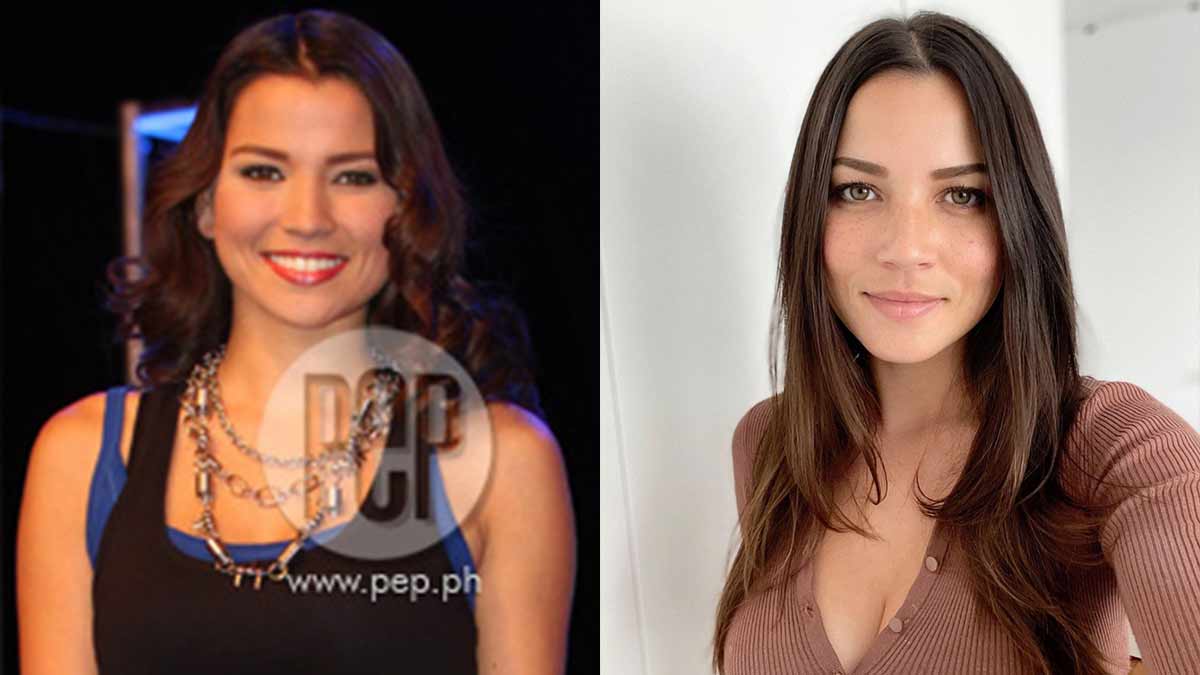