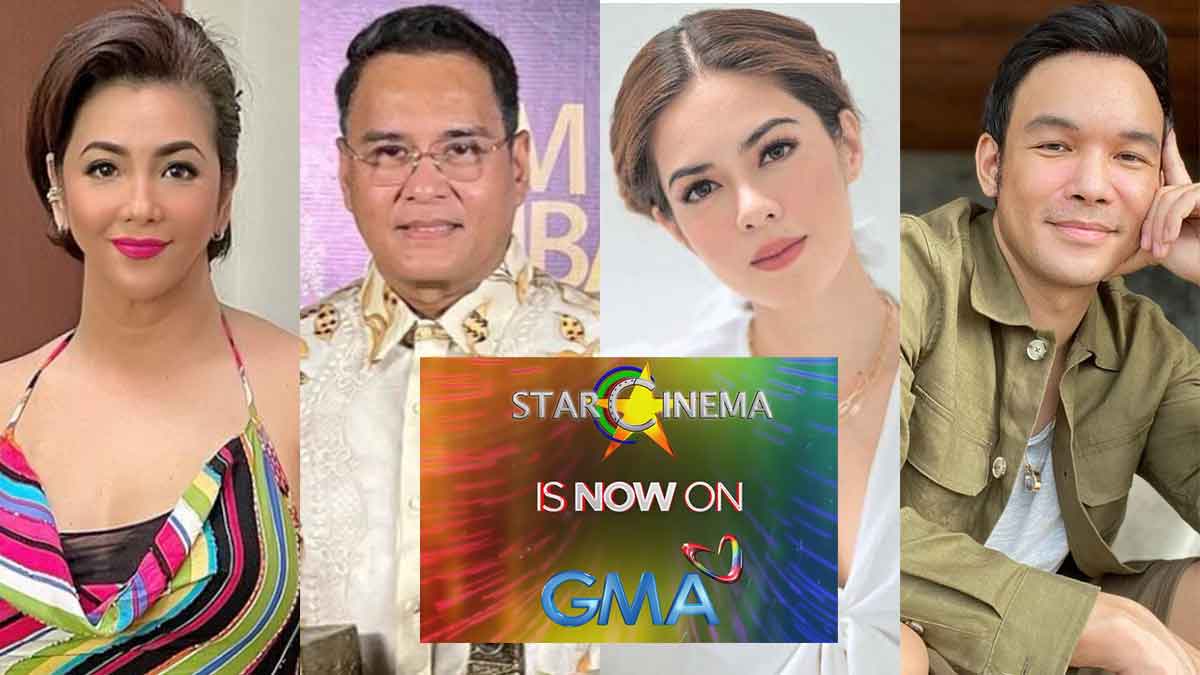 (L-R) Regine Velasquez, John Arcilla, Shaina Magdayao, and Mark Bautista are some of the celebrities who are excited about Star Cinema movies airing on GMA-7.
PHOTO/S: @reginevalcasid / @johnarcilla / @shaina_magdayao / @iammarkbautista on Instagram

More celebrities are expressing their excitement and elation over the historic partnership between ABS-CBN and GMA-7.

On April 5, 2022, GMA-7 hosted the contract signing that formally sealed its partnership with ABS-CBN for the airing of Star Cinema movies on the Kapuso network’s local channels.

One of the artists who lauds the milestone is Kapuso-turned-Kapamilya singer-actress Regine Velasquez.

Today, April 6, the Asia's Songbird posts the screenshot from GMA-7’s teaser that “Star Cinema is now on GMA.”

Regine's husband, hitmaker Ogie Alcasid, who is also a former Kapuso now with ABS-CBN, reacts in the comments section, “This is so awesome.”

FPJ’s Ang Probinsyano actor John Arcilla, who had done projects with GMA-7 in the past, joins the celebration.

In a lengthy Instagram post, John calls ABS-CBN and GMA “GAMBAS,” mixing the letters of the two networks’ names.

John expresses his wish for the network wars to stop and for fans of both networks to cease hating and trolling each other.

He writes (published as is), “I REALLY LOVE GAMBAS! This is such a very nice move altogether. May this partnership bring the 'fan-thinkings' into a new level. That everyone can be friends for the better and for everyones advantage. That there is no point of hating each other since the people we’re trying to fight for can actually agree and befriend each other.

“Hope this will liberate the minds of fanatics about the culture of ‘HATE’ that it is more enriching to LOVE and SUPPORT the people we love and the SHOWBUSSINESS in general. That looking at the good sides of each celebrities than picking on each other’s imperfections are more exciting.

“After all nobody’s really perfect and that includes us as fans. So let us all discourage the opportunies for HATE to reign. Talaga nga naman na mas Radikal ang magmahal sa mga panahon na ito. God bless everyone. No bashers and trolls allowed. PEACE.”

OTHER CELEBRITIES JOIN IN THE CELEBRATION

Other celebrities and contract stars from both ABS-CBN and GMA-7 are also happy about this development in the TV industry.

Annette, president and programming consultant to the chairman and CEO of GMA Network Films Inc., was present at the contract signing. 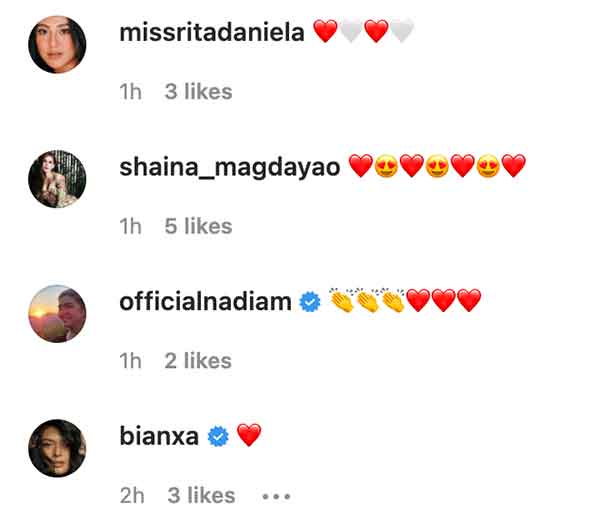 This Sunday, April 10, GMA Blockbusters is set to air its first Star Cinema movie, It Takes A Man and A Woman headlined by Sarah Geronimo and John Lloyd Cruz.