How Donny Pangilinan, Belle Mariano pull off heavy scenes in He's Into Her 2 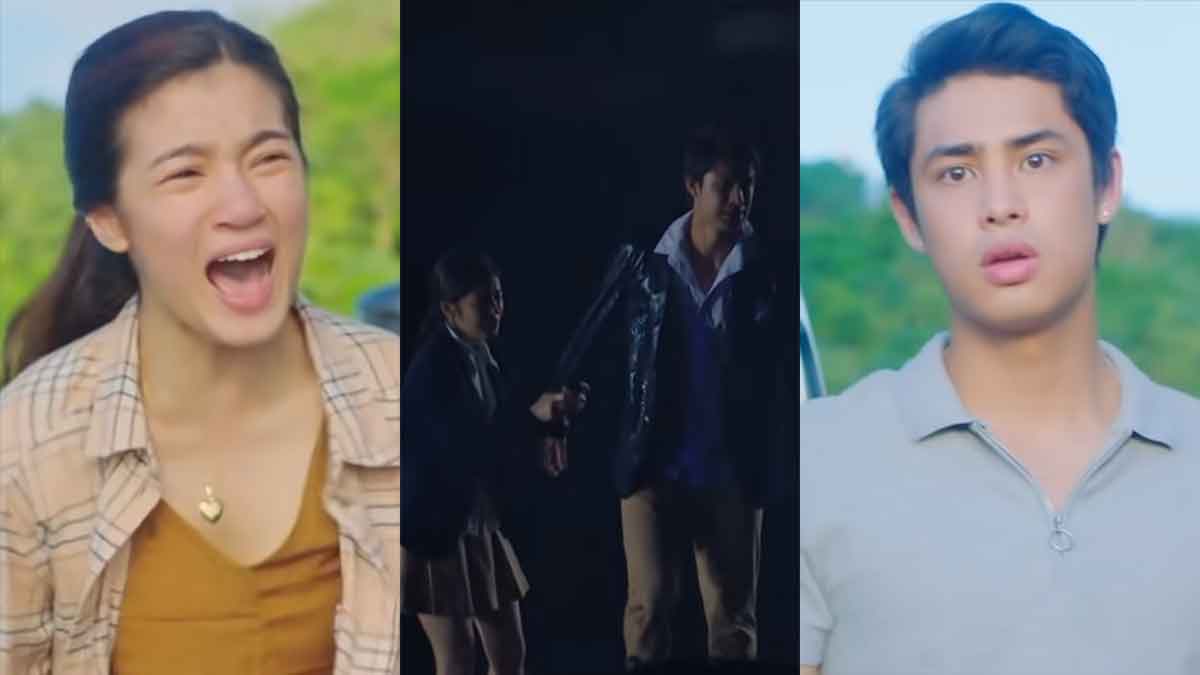 Donny Pangilinan says that he and Belle Mariano comfort each other after doing heavy scenes: “When we get to the set, doon na namin ilalabas, and then after, we comfort naman each other kasi hindi naman puwedeng after noon, nakabukas lang yung door na yun 'tapos hindi mo na isasara."
PHOTO/S: He's Into Her (ABS-CBN)

The fans of Donny Pangilinan and Belle Mariano are in for an emotional roller coaster in the latest season of He’s Into Her.

Based on the trailer, the DonBelle love team's characters, Max (Belle) and Deib (Donny), have matured and will be doing heavy scenes.

In contrast to their cat-dog relationship in season one, Max and Deib are now a couple facing relationship problems, such as trust issues.

One of their confrontation scenes, with both of them breaking down in the rain, was shot at the top of a mountain.

During a media conference for He’s Into Her, Donny revealed how he sees this transition for their love team.

He said, “...we enjoyed the challenge, we enjoyed showing a different side of their relationship, how mature they are now, the problems they go through with their family, even their friends.

“It was seen in the trailer with Deib going through all this stuff in school facing the bullying he did before, but we enjoyed, we enjoyed showing those sides.”

Belle volunteered that Donny as well as the show's director Chad Vidanes and writer Vanessa Valdez have helped her ease into doing the emotionally charged scenes.

“But then, of course, with the help of Direk, Miss Van, and everyone, Donny as well, sobrang big help talaga once you’re in that kind of set-up.

“We’re just in one bubble being surrounded with same cast, the same people.

"It really helps you to be back on the zone, be Max again, talagang nakakatulong siya para ma-portray mo yung character mo.”

In the intense scene on mountain top, Max is confessing her love for Deib, who refuses to believe.

Both are crying, with the rains adding dramatic effect.

When PEP.ph (Philippine Entertainment Portal) asked what it felt like doing that intense scene, Belle’s eyes widened while Donny blurted, “Oh my gosh!"

“But, you know, after seeing the whole thing and after just seeing the scene, sobrang worth it talaga.” 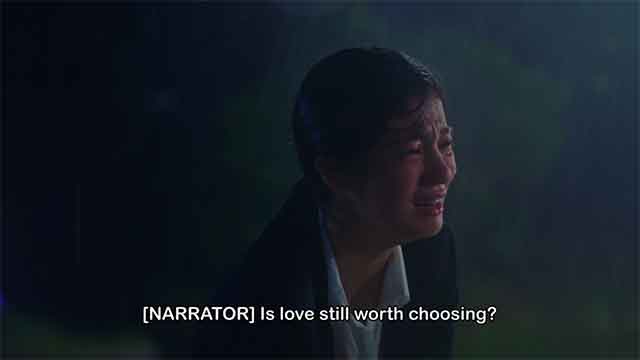 "That was one take we had to do kasi those lines beforehand, kailangan pagdating na ng ulan, hindi na puwede pumalit kasi yun na yon.

“So we had to make sure na okay yung scene... A lot of preparation, at saka hand-held yung dalawang camera doon.

"So we had to practice the movements before the scene and make sure we have to hit those markers.

Both said their director gave them to freedom to do the scene the way they saw fit.

Donny said, “Sila Direk, very open. ‘Guys, paano niyo aatakehin ito? What will you do, where will you go this line? Anong gagawin niyo dito?’

“There was a lot going through, but, hopefully, we were able to pull it off.” 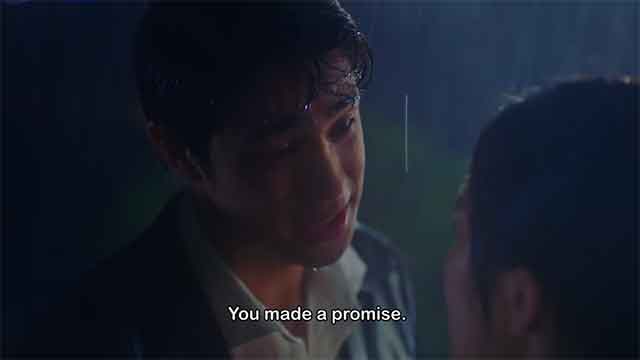 Belle remarked, “It was nice din, to add to that, gusto ko rin na si Direk, Donny, and everyone there really just talked about din, para our ideas in that scene will correlate with each other.”

Director Chad, who was also at the media conference, revealed how difficult it was for DonBelle to tape the scene, which he described as “one, if not the hardest scene that we took this season.”

“Kasi grabe yung shooting conditions, kasi we were on top of the mountain, sobrang lamig.

“We were setting up, siyempre, we have to prioritize also her health, hindi namin siya puwedeng hayaang magkasakit. 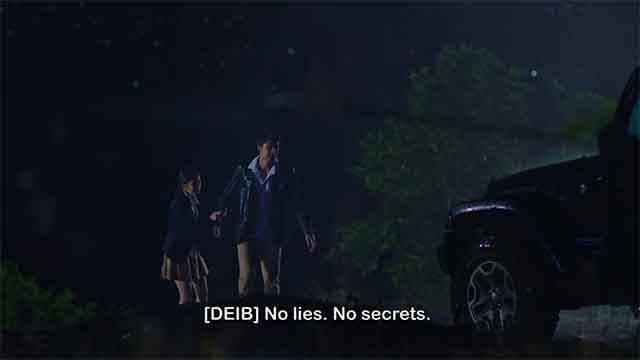 HOW DONBELLE prepares for HEAVY SCENES

For Donny and Belle, it's give and take each time they do a scene together.

Donny shared, “We talked about it but we don’t talk. It’s a mix of both. We talk about it beforehand, but when it comes to a point na bago na mag-scene, hindi kami nag-uusap at all, and we’re just in our own spots.”

Belle recalled, “I remember doing a scene na talagang naghiwalay tayo ng standby area, na I had to stay here just to be in character.”

But the whole team made sure that after they internalized their heavy scenes, they would give comfort to each other.

Donny elaborated, “When we get to the set, doon na namin ilalabas and then after, we comfort naman each other kasi hindi naman puwedeng after noon, nakabukas lang yung door na yun 'tapos hindi mo na isasara.

“So we always have to make sure na okay, for the scene lang yun.”

But Belle admitted to finding it difficult to get off her character.

Chad then explained his way of motivating not only DonBelle, but also the whole cast.

“Iyong motivation ko sa kanila is kind of personal, personal level na talaga kasi, honestly, I sometimes cross the line for them to get to that kind of emotion.

“Ako kasi, I motivate my actors in a way na I get to know them more, what makes them tick, what’s their personality, kumbaga if they have same personalities with the characters, we use it. If not, we still use it in a different way.”

One thing he can assure the viewers of He’s Into Her, Donny, Belle, and the whole team really gave their all.

“Sometimes, madaling araw na, we’re still taking heavy scenes. So, siyempre, they were exhausted, but we have to push through.

He’s Into Her is set to premiere this April on ABS-CBN’s platforms. It is produced by iWant TFC and Star Cinema.