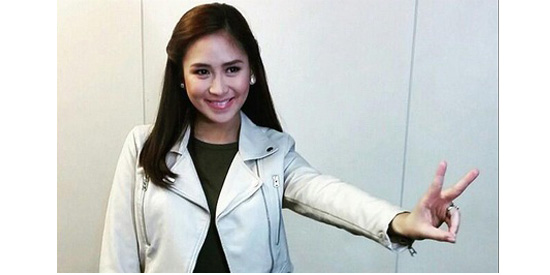 Meet the 18 artists chosen by Sarah Geronimo during blind auditions of The Voice Kids Season 2.

The blind auditions of The Voice Kids PH Season 2 have already ended.

The competition on the ABS-CBN reality show is really starting to heat up as the three coaches, Sarah Geronimo, Bamboo Manalac and Lea Salonga, have each picked 18 artists who are initial members of their respective teams.

The members of Team FamiLea, Team Sarah and Kamp Kawayan are now gearing up for the Battle Rounds that will begin next week.

Let’s do a recap and get to know the 54 young artists who will battle it out for the coveted title of The Voice Kids Season 2 grand winner.

Next week will see the beginning of the Battle Rounds phase of the competition, where the coaches pit their artists against each other and have to make tough choices about whom to keep and eliminate. This will then pave the way for the chosen artists to go solo and gain the chance to choose their own songs in the Knockout Rounds.

PEP presents the profiles of the 18 artists selected by Sarah Geronimo during the blind auditions:

MEET THE 18 ARTISTS FROM Team Sarah

He impressed Coaches Sarah Geronimo and Bamboo Maï¿½alac but Kyle opted to join the team of the Popstar Princess because he knows more about Coach Sarah.


Twelve-year-old Zephanie Dimaranan from Binan, Laguna performed "Till I Met You" as her audition piece.


Nine-year-old Gian Ale who hails from Tagbilaran City, Bohol sang Ed Sheeran's hit song “Thinking Out Loud” while playing the guitar. He easily made all the three coaches turn for him.


Young crooner Francis Ryan Lim from Caloocan City wowed the coaches with his rendition of the Jackson 5 hit “I'll Be There.” This made the 12-year-old performer a three-chair turner this season.

“I am so amazed with the way of your singing. You have such a beautiful voice,” Coach Sarah told the 10-year-old girl.


The Bacolod City native Alyssa Therese Celo performed her version of Wency Cornejo's “Hanggang.” The 11-year-old performer turned out to be another three-chair turner.

Right after her performance, Coach Lea remarked that Alyssa’s voice is like an angel. “Parang anghel lang ang kumakanta. That was beautiful.”

When Coach Sarah asked why she joined the 2nd season of The Voice Kids, she quickly answered, “Para maturuan mo po akong kumanta.”

“Effortless, clean, crystal clear, cuts through the air. I would like to have you in my team,” Coach Lea told Jolianne.

However, she picked Coach Sarah because “her way of teaching is more suitable to my way of learning.”

Andoy Patuasic from Cagayan de Oro was able to become a three-chair turner when he sang Ed Sheeran's “Give Me Love.” The timbre of his voice was similar to Bamboo and he even played a guitar during the blind auditions.

The 13-year-old boy who said he’s a certified Bamboo fan, picked Team Sarah even though Coach Bamboo turned his chair for him.

He admitted that he has crush on the Popstar Princess.


Joshua Turino from wowed the three coaches after he belted out Dessa's hit “Lipad ng Pangarap.”


After singing Miley Cyrus’ “Wrecking Ball,” Amira Medina from Naic, was able to get the nod of all three coaches. However, the 12-year-old girl picked Sarah to serve as her mentor.


The talented young singer from Iloilo City, Galeno "Rock" Opong, gave his rendition of The Script’s “No Good in Goodbye.” The 8-year-old boy impressed all the three judges as he received a standing ovation for his performance.

“You got something really special,” Coach Lea told Owen who hails from Dinagat Islands.